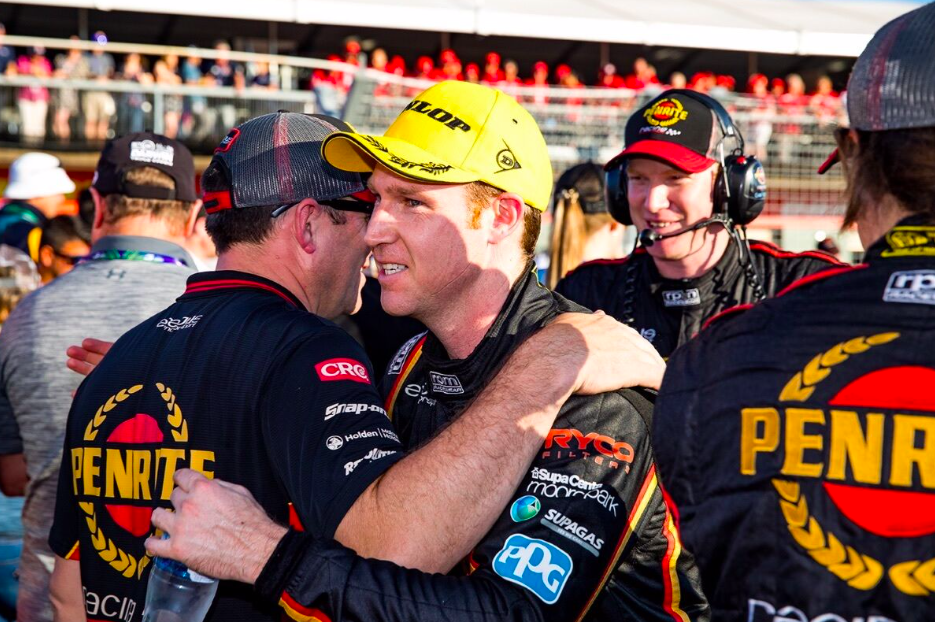 David Reynolds has no concerns regarding the length of his new ‘lifetime’ deal with Erebus Motorsport, claiming he prefers loyalty and the journey over opportunities at bigger teams.

The 34-year-old has signed an extraordinary 10-year deal with the Betty Klimenko owned Holden squad, keeping him tied to the operation until at least the end of 2029.

Reynolds joined the team in 2016, helping transform the squad along with a core of staff from the back of the grid to genuine race and championship contenders.

The journey has seen the popular driver enjoy arguably the best form of his career and he admits the period is his happiest in the sport, aided by the tight-knit group at Erebus.

Speaking following the confirmation of the deal, Reynolds is locked in at Erebus and is not bothered if bigger teams wish to sign him over the next decade.

“I’m happy, that doesn’t bother me,” Reynolds told Speedcafe.com, when asked how he would feel if either Triple Eight or DJR Team Penske were keen to sign him in the future.

“I love Betty and Barry (Ryan, team CEO) and I love everyone here.

“It is more about the journey with the people that I’ve surrounded myself rather than chase car speed and bigger teams.

“Loyalty goes a long way in this category. I’m not one for putting myself out on the market, I don’t like having options and I don’t like change.

“When you look at drivers, traditionally they chase the car speed, so they want to be in the fastest team, fastest car so they can win the races and look the best.

“It makes sense to be doing that, but I’m a little bit different.

“I’m all about trying to win the race with the journey people I’ve chosen.

“I’ve been with this team for four years now and I love everyone here and they are a like an extended family of mine and there is no point me going anywhere else.”

Reynolds says rival teams were asking about his availability in recent weeks, but admits he was always destined to stay at Erebus.

Working out the final points of the contract was the only aspect that was halting him from recommitting to the team.

“Other teams were ringing me trying to obtain my services but I never really wanted to go anywhere else. All good things in life come from compound interest,” he added.

“I have been thinking about it (the 10-year deal) for a while and since I joined Betty she said that I could drive for her (for) as long as I wanted.

“These things take a while to nut out and think about but basically it is a lifetime contract, that is how we looked at it. Even after 10 years and I’m still competitive I can go on.”

Reynolds will jump behind the wheel of his #9 Penrite Racing Holden when Auckland SuperSprint practice begins on Friday.