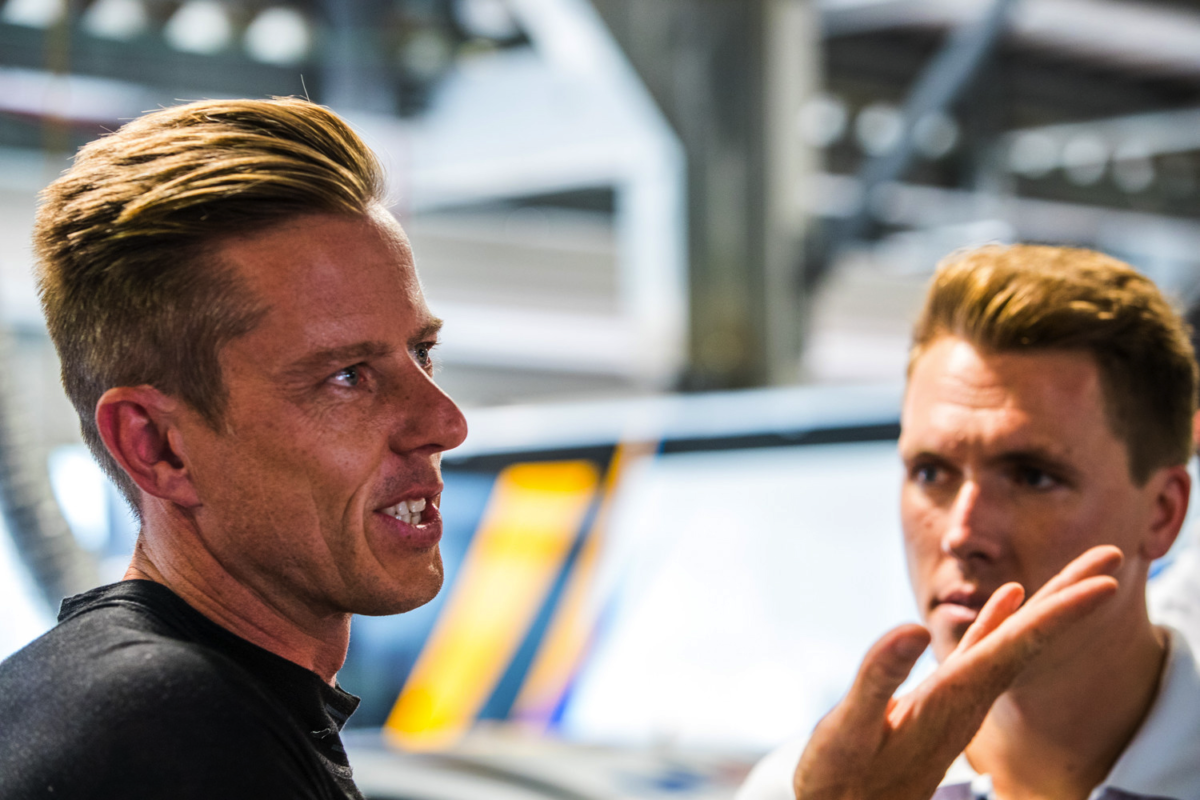 Courtney announced late last month that he will leave WAU at the end of this season after nine years with the team, but claims he has not yet signed a deal with a new outfit.

The 2010 champion moved to the Holden Racing Team immediately after that title-winning season but has not come close to repeating that achievement in the time since.

Reflecting on his imminent departure from WAU on Fox Sports’ Supercars Trackside, Courtney confirmed that poor results were a factor in his decision.

He said that he had held off from leaving due to his closeness to the Walkinshaw family, but suggested that local co-owner Ryan Walkinshaw, son of the team’s late founder Tom, lacks the passion of the likes of Triple Eight Race Engineering boss Roland Dane.

“I’d be lying if I said it wasn’t (about) results,” said Courtney.

“I was pretty determined to try and make it work and sort of get the team back to where I believed it should be, and it’s something I really wanted to do and it just wasn’t happening.

“I don’t know,” he continued when asked what the team was missing.

“I suppose if I knew what it was, we would have ticked that box.

“I think a lot of it comes down to the passion from the top.

“I think Ryan does love the team and everything but I think it just lacked that – I’ll probably regret saying this – but that Roland-like figure that’s there and sort of, not that you have to beat the desk, but is there (with) passion and skin in the game; ‘I wanted this, I want this, I want this’.”

The 39-year-old also said that a desire to prove that the poor results at HRT/WAU were not his fault is a key part of his motivation to seek to continue driving in the Virgin Australia Supercars Championship.

“There’s been nine years (and) I’ve questioned myself a lot through that,” Courtney responded when asked if he ever contemplated that he and current team-mate Scott Pye might be the ‘problem’.

“I feel that I’m still there, I think now I’m a better package than what I was when I won the championship.

“I’d say I’m probably hungrier now, it’s sort of like the rabid dog that’s just been given little bits of food through a long period and you sort of build up an even bigger desire for success.

“I think now I’m massively motivated, now I want to sort of move to the next step and then prove that – it sounds bad – it wasn’t me, that I can deliver, I am fast, I am successful, and I can still win.”

When Courtney’s sentiments were put to Pye, also on Supercars Trackside, the latter believes the blame for the team’s form could not be laid solely at the feet of Walkinshaw.

“I guess that’s a matter of opinion for James, that might be what he believes, but I don’t think it can be put down to any one person,” said Pye, who is also off-contract but has made no such declaration that he will necessarily leave WAU.

“The work that goes on behind the scenes is crazy; you’re working twice as hard when you’re not winning, effectively.

“I don’t think the blame can be put on one person, to be honest, but I’m sure that after nine years for James, he’s disappointed that he comes from a team where he was champion to then only have one top 10 finish in nine years is tough.

Courtney has in fact finished higher in the top 10 in the championship on multiple occasions at HRT/WAU, but only once better than 10th and no higher than 14th in the last two years.

He is currently 12th in the championship and Pye 16th ahead of this weekend’s ITM Auckland SuperSprint at Pukekohe, for which Practice 1 starts tomorrow at 1205 local time/1005 AEST.