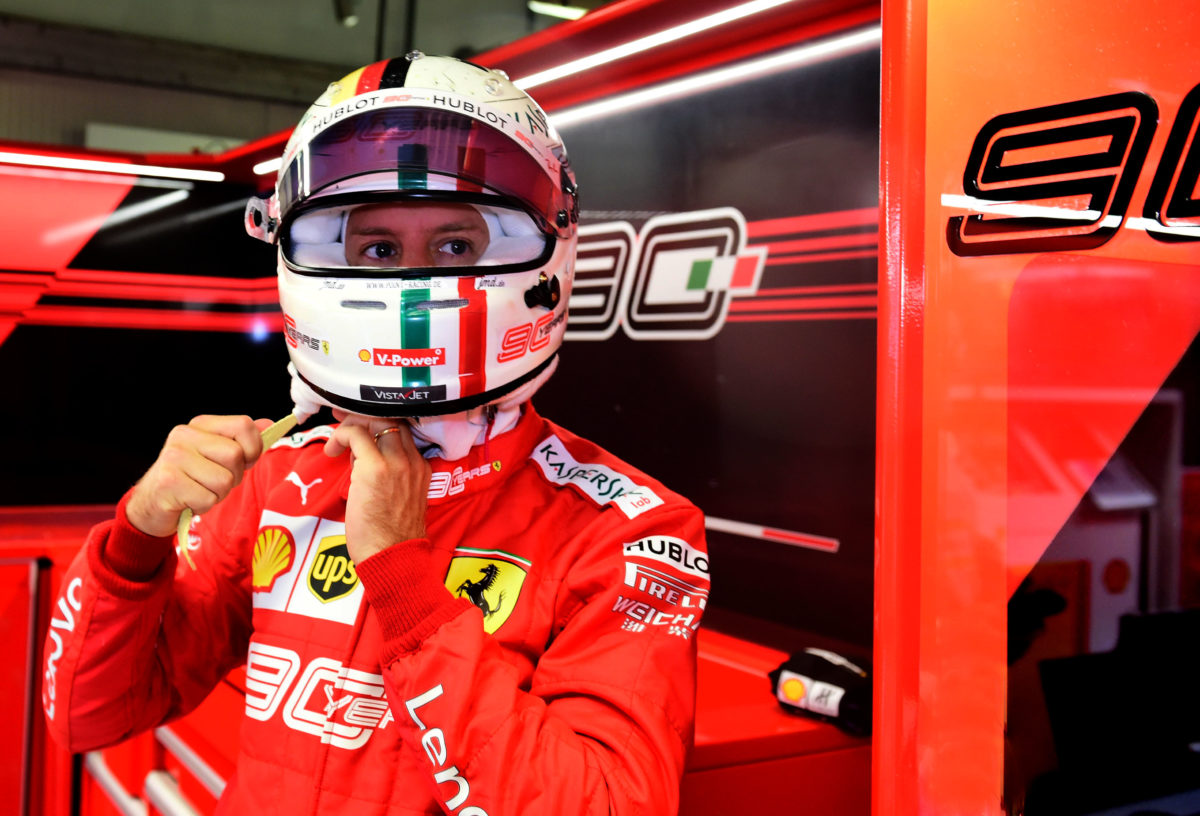 Sebastian Vettel has slipped to fifth in the drivers’ championship

Ross Brawn has suggested Sebastian Vettel’s current struggles are a case of history repeating itself.

The German was comprehensively overshadowed at the Italian Grand Prix by his highly rated Ferrari team-mate, Charles Leclerc, who won the race.

It was Leclerc’s second consecutive victory while Vettel, who was denied a tow by his team-mate in qualifying, found himself slapped with a 10 second stop-go penalty for two mistakes in the early stages.

Having spun at the Variante Ascari, Vettel then rejoined into the path of Lance Stroll, punting the Racing Point into a spin.

After pitting for a new nose, and then again to serve his penalty, the 52-time grand prix winner ended the race outside the points in 13th.

For Brawn, Vettel’s current plight reminds him of the 2014 season when he went toe-to-toe with Daniel Ricciardo at Red Bull – a battle won by the Australian.

“In qualifying, he felt he’d been let down by his team mate at the end of Q3 and so was unable to take a shot at getting pole,” Brawn wrote in his column for the sport’s official website following the Italian Grand Prix.

“However, what happened in the race was down to him alone.

“Sebastian made two mistakes on Lap 6, spinning and then hitting Stroll – and the errors look even worse in light of Leclerc’s double victory in Spa and Monza.

“It’s an unavoidable fact that no matter who the driver is, and regardless of how good things are in the team, your first rival is always your team mate.

“To a certain extent, Sebastian is experiencing what he felt at Red Bull in his final year there, in 2014, when he found himself up against Daniel Ricciardo, a youngster setting incredible pace.”

Vettel has not won since last year’s Belgian Grand Prix, with Brawn suggesting the four time world champion is now struggling for confidence.

He went on to say that working with the 32-year-old in an effort to rebuild that heading towards 2020 will be critical for the team.

“Vettel is clearly one of the greats of our sport (you don’t win four titles without being so) but at this tough time he really needs the support of the team to regain the confidence he seems to be lacking at the moment,” he ventured.

“That, as well as pushing on with the car development, has to be a priority for Mattia Binotto (team principal) in the coming weeks.

Following the Italian Grand Prix, Vettel has slipped to fifth in the drivers’ championship, one spot behind Leclerc.

Ferrari as a team holds a lonely second spot in the constructors’ title fight, 154 points in arrears of leaders Mercedes and 85 clear of Red Bull in third.

Formula 1 heads to Singapore next weekend for the 15th event of the season, a race Vettel has won four times.