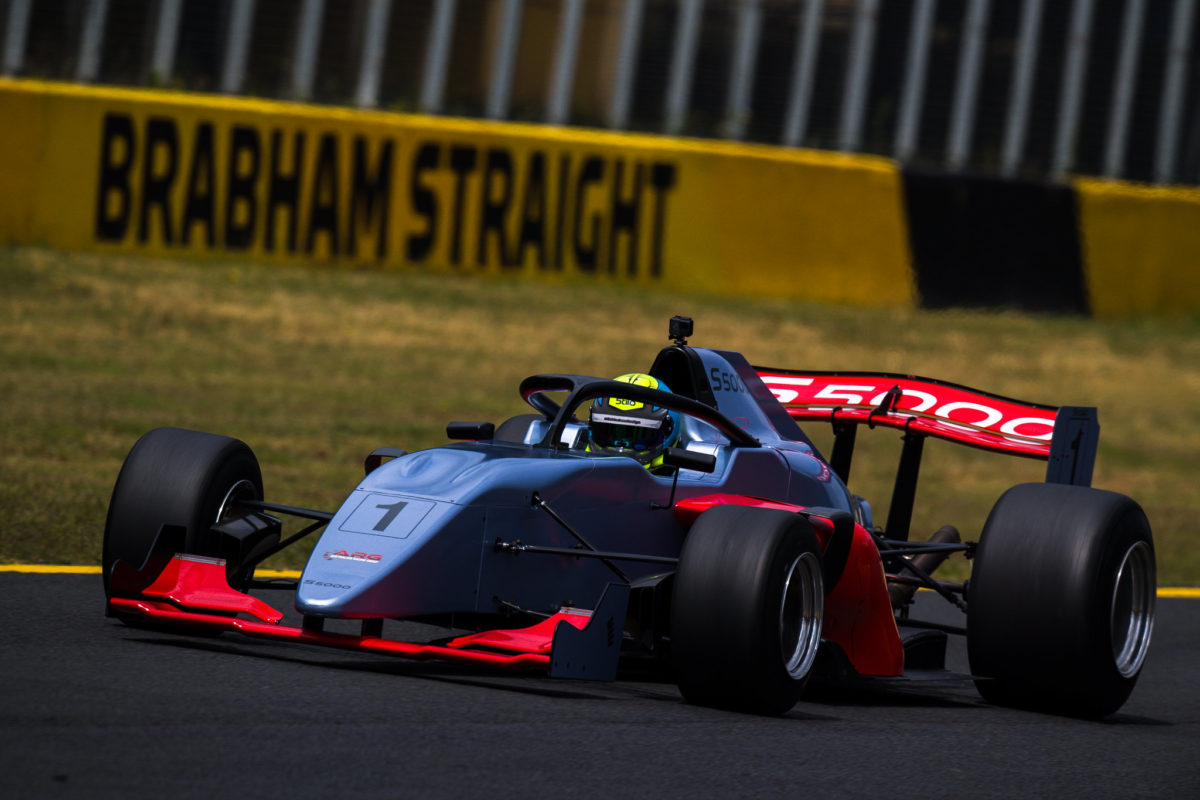 Talented New Zealander Tom Alexander will join the grid for the opening round of the new S5000 series at Sandown later this month.

The rising star becomes the fifth driver confirmed to contest the inaugural round of the new V8 powered open wheel series at the Melbourne circuit from September 20-22.

Alexander will drive a second car prepared by single seater specialists AGI Sport, joining experienced Queenslander John Martin at the team, while the grid will be headlined by ex-Formula 1 star Rubens Barrichello.

The Auckland driver has enjoyed success in New Zealand motorsport, racing Formula Ford, Toyota 86s and NZ Touring Cars before moving Australia to drive in the SuperUtes Series, in which he is currently tied for the lead in the standings with three rounds to go.

Alexander is no stranger to powerful open wheel machines having raced historic Formula 5000 cars for his mentor and New Zealand motorsport legend Ken Smith, who has helped the 25-year-old secure the S5000 drive.

Sandown won’t be the first time he has driven an S5000 having tested the car at the series’ official launch at Sydney Motorsport Park last year.

“Over the past few years, I’ve driven a number of the old Formula 5000s, and as soon as I heard about the class, it was always something that I was keen to be involved in,” said Alexander.

“To line up alongside Rubens Barrichello, an absolute legend, is going to be really cool. I watched him when he was racing at Ferrari in Formula 1, so it will be kind of surreal to be in the same race as him.

“I drove the car at Sydney last November and I really loved it. At that stage, the car hadn’t had much in the way of development, but out of the gate, I could feel how good it was. It has everything that you want in a big, powerful open wheel race car.

“One of the things that I love most is that it has remained in the spirit of the old Formula 5000 cars, but with newer technology. It’s great that they’ve been able to encapsulate the old stuff and make it safe and reliable.

“I’ve been lucky enough to be with Ken for eight years, and the amount of experience he has is invaluable. It’s great to have him in my bunker.”

Alexander’s mentor Smith believes S5000 is the ideal category for his young driver and predicts more drivers from New Zealand will join the series.

“S5000 is really the perfect place for Tom to be right now,” said Smith.

“Regardless of whether you want to be a saloon car driver or you want to race open wheelers overseas, there are so many things that S5000 is going to be able to prepare you for – big horsepower, low downforce, race craft – the whole lot.

“I really want other Kiwis to get involved. This is going to be a magical class, and I reckon in the next few months, you are going to see a lot more people from New Zealand driving them.”

S5000 has this week confirmed its unique qualifying and race format for the Sandown event, which will be broadcast live on SBS and via the Shannons Nationals live stream carried by Speedcafe.com.