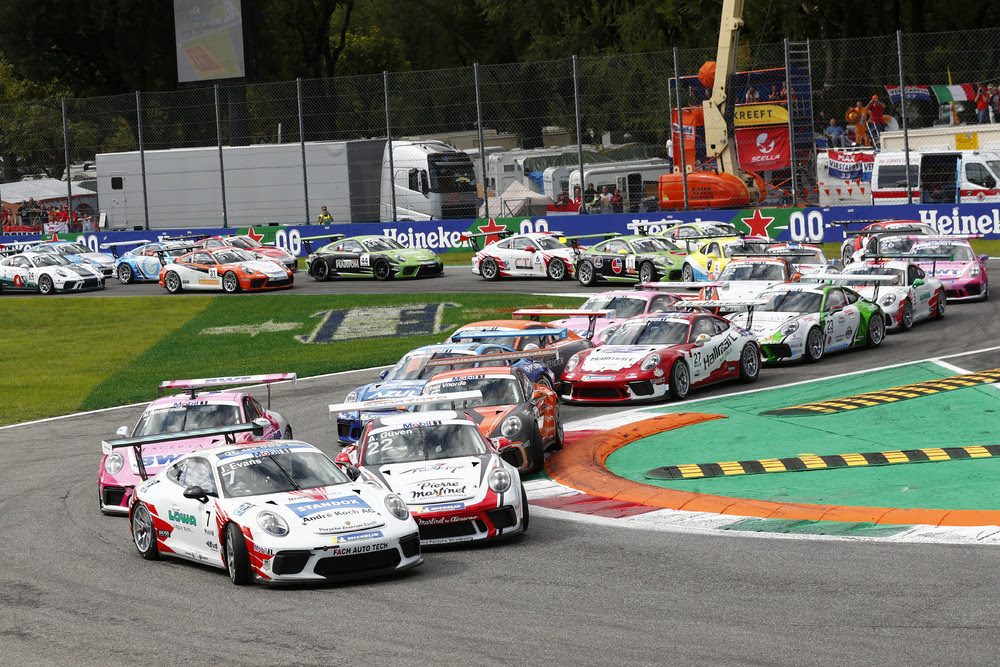 Joey Mawson has taken a maiden Porsche Supercup podium at Monza while a good result went begging for Jaxon Evans despite qualifying on pole for the first time.

Evans (Fach Auto Tech) led the field into the first chicane but got a hit in the door from Ayhancan Guven (TR/martinet).

The New Zealander initially fell to fourth but was shuffled further back as he struggled to file into the train on the opening lap and eventually finished sixth.

Guven took the chequered flag in first position but a five-second penalty for the contact put him back to fifth.

Mawson could only hold Ammermuller at bay for 10 of the 15 laps but the Team Australia driver still bagged a first Supercup podium.

His Pro-Am team-mates Stephen Grove and Marc Cini home 25th and 27th respectively, for fourth and fifth in class.

The final round supports the Mexican Grand Prix on October 25-27. 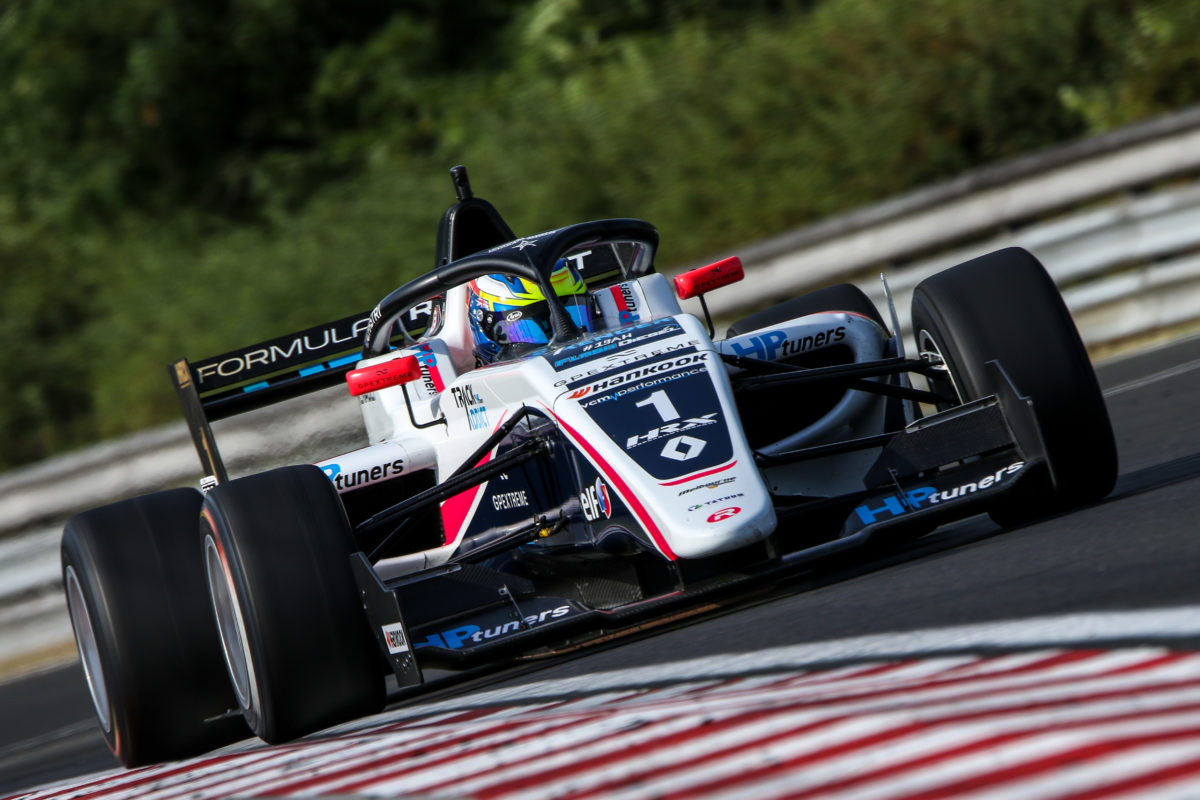 Australian Oscar Piastri’s Formula Renault Eurocup championship lead was reduced slightly after he failed to make the start in Race 1 at the Hungaroring but won Race 2.

The R-ace GP driver slid off the road in wet conditions on his way to the grid for the opener, before setting himself up for a recovery by qualifying on pole for the second encounter.

Piastri held off team-mate Alexander Smolyar at the start of Race 2 and made good restarts after each of the two Safety Cars to eventually cross the finish line 2.8s ahead of the field after 17 laps.

Victor Martins (MP Motorsport) got a win and a third placing but only gained 2.5 points on Piastri over the course of the weekend given that only half points were awarded for the rain-shortened Race 1.

Piastri’s advantage is therefore 37.5 points with three rounds remaining the next at the Circuit de Barcelona-Catalunya on September 27-29. 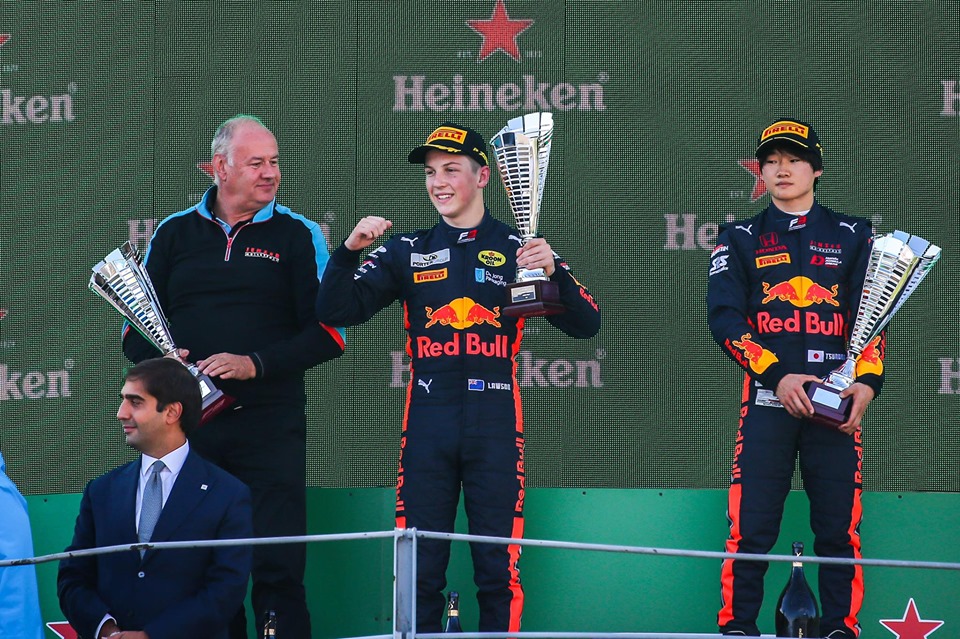 New Zealander Liam Lawson picked up a second placing in the penultimate FIA Formula 3 Championship round at Monza while Marcus Armstrong lost one due to a penalty.

Armstrong was one of 13 drivers issued grid penalties for driving unnecessarily slowly in qualifying and started Race 1 from seventh.

He inherited the lead after a coming-together between Lirim Zendeli (Charouz) and Christian Lundgaard (ART Grand Prix), only to be passed by Prema team-mate and championship leader Robert Shwartzman, who had also copped a grid penalty, on Lap 16.

However, stewards issued Armstrong a post-race 20-second penalty due to “exceeding the minimum delta time” under an earlier Safety Car and therefore fell to 21st.

In Race 2, Lawson closed in on the battle unfolding between eventual winner Yuki Tsunoda (Jenzer Motorsport) and Jake Hughes (HWA Racelab) in wet but drying conditions.

When Tsunoda and Hughes ran side-by-side through the Parabolica, Lawson placed himself in the latter’s slipstream and made a DRS-aided move into Turn 1, to capture his best result in FIA F3 to date.

Armstrong only got back to 14th while Shwartzman picked up another point by finishing seventh and will take a healthy 33-point lead to the finale at his home event in Sochi, Russia on September 27-29.

Shwartzman’s nearest rival is still team-mate Jehan Daruvala, who was promoted to second in Race 1 but missed the points in Race 2. 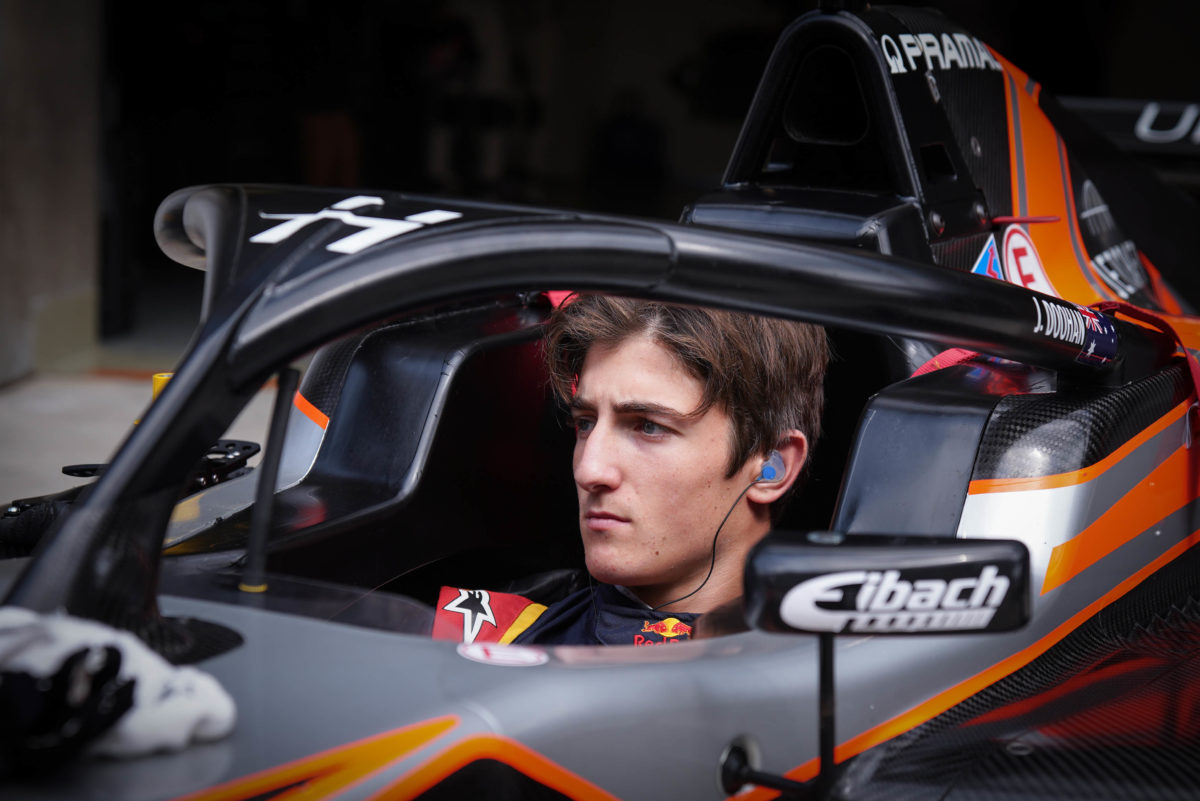 Jack Doohan lost ground to points-leading Hitech GP team-mate Ukyo Sasahara, who swept the penultimate round of the F3 Asian Championship at Shanghai.

Sasahara led from lights to flag in Race 10 of the season and also dominated Races 11 and 12.

The Australian finished third in Race 11 and converted a front row start into a second placing in the weekend’s final encounter.

Leitch picked up results of fifth and eighth to go with his earlier podium, the latter after a first corner clash with Cao, recovery drive, and then post-race penalty.

Of the other Aussies, Jackson Walls (Hitech) was sixth, sixth, and seventh in the three races, and Tommy Smith (Pinnacle Motorsport) was ninth, 10th, and 10th.

Sasahara’s championship lead over Doohan is 38 points with the season-ending round back at Shanghai on September 27-28. 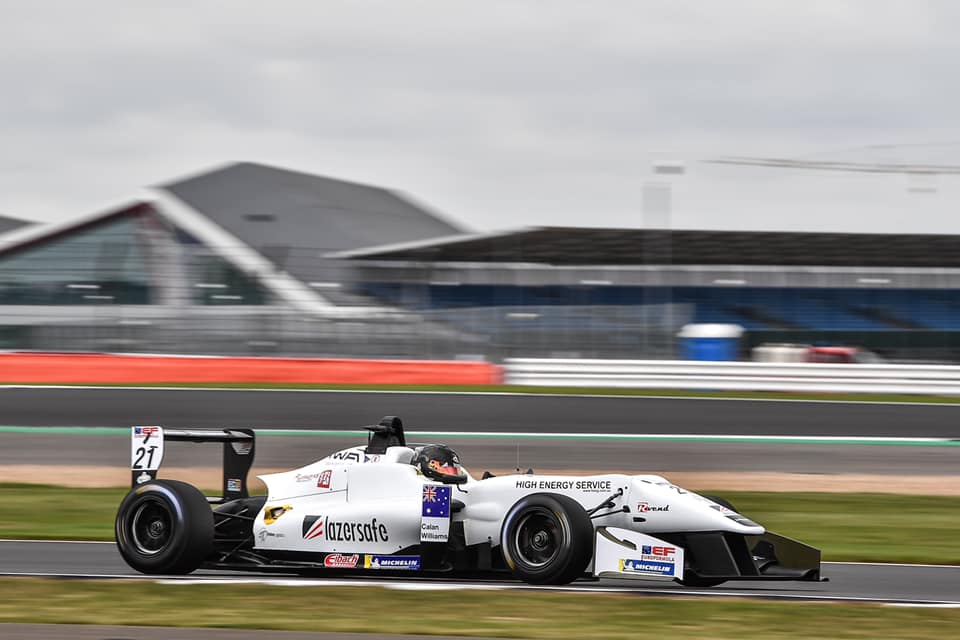 Calan Williams has fallen to 13th in the Euroformula Open standings despite two more points finished in Round 7 at Silverstone.

Williams (Fortec Motorsport) was 10th in Race 1 from 11th on the grid, and seventh from the same starting position in Race 2.

Sato continues to lead the series, by 106 points, ahead of the penultimate round at the Circuit de Barcelona-Catalunya on September 21-22. 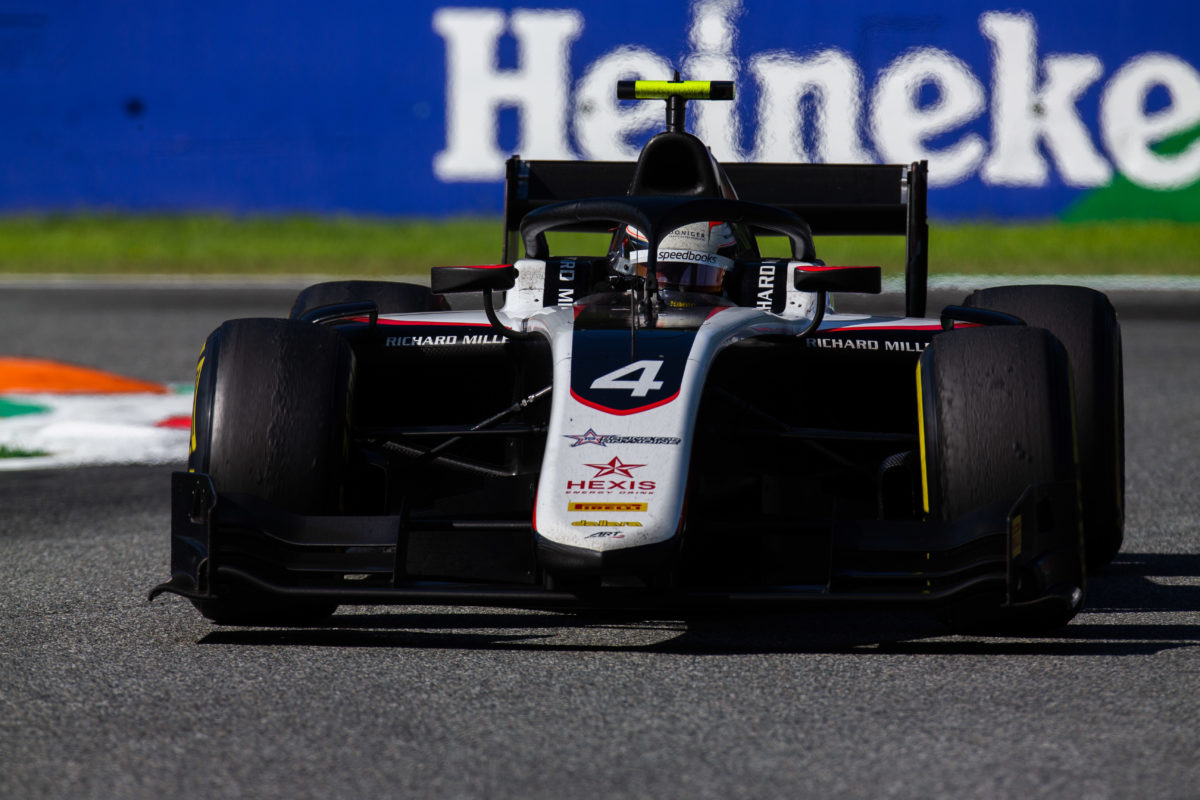 Nyck de Vries has moved to a commanding lead in the FIA Formula 2 Championship as Nobuharu Matsushita and Jack Aitken claimed race wins at Monza.

Carlin’s Matsushita won an action-packed Feature Race from fifth on the grid, having risen to second due to errors by a trio of drivers in front of him.

He then passed maiden pole-sitter Callum Ilott (Charouz) and would re-emerge from his compulsory pit stop in the effective lead.

Luca Ghiotto, on the alternative strategy of medium compound tyres first, was a threat to Matsushita until a slow pit stop from his UNI-Virtuosi crew.

De Vries (ART Grand Prix) was excluded from qualifying due to not having sufficient fuel to take a sample but finished third from the rear of the grid.

Nicholas Latifi (DAMS) was outside the points in both races having picked up a puncture after contact with Guanyu Zhou (UNI-Virtuosi) in the Feature.

He remains second in the championship but is now 59 points, more than a round, behind de Vries with the second-last event to come in Sochi on September 27-29. 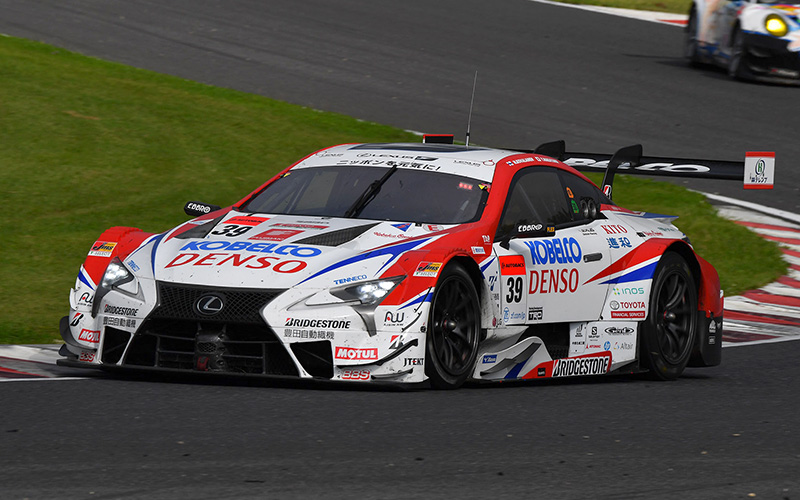 The pair rolled the dice by stopping for wet tyres around mid-distance while many of those around them opted for slicks when they made their compulsory stops.

As the rain intensified in the back half of the race the Lexus duo emerged to claim the win by 10 seconds over the Nissan of Jann Mardenborough and Mitsunori Takaboshi.

New Zealander Nick Cassidy was third with Ryo Hirakawa, the pair having risen from eighth on the grid in their Lexus.

Cassidy and Hirakawa now sit second in the championship standings behind Kazuya Oshima and Kenta Yamashita with two rounds remaining, the next at Sugo on September 21-22. 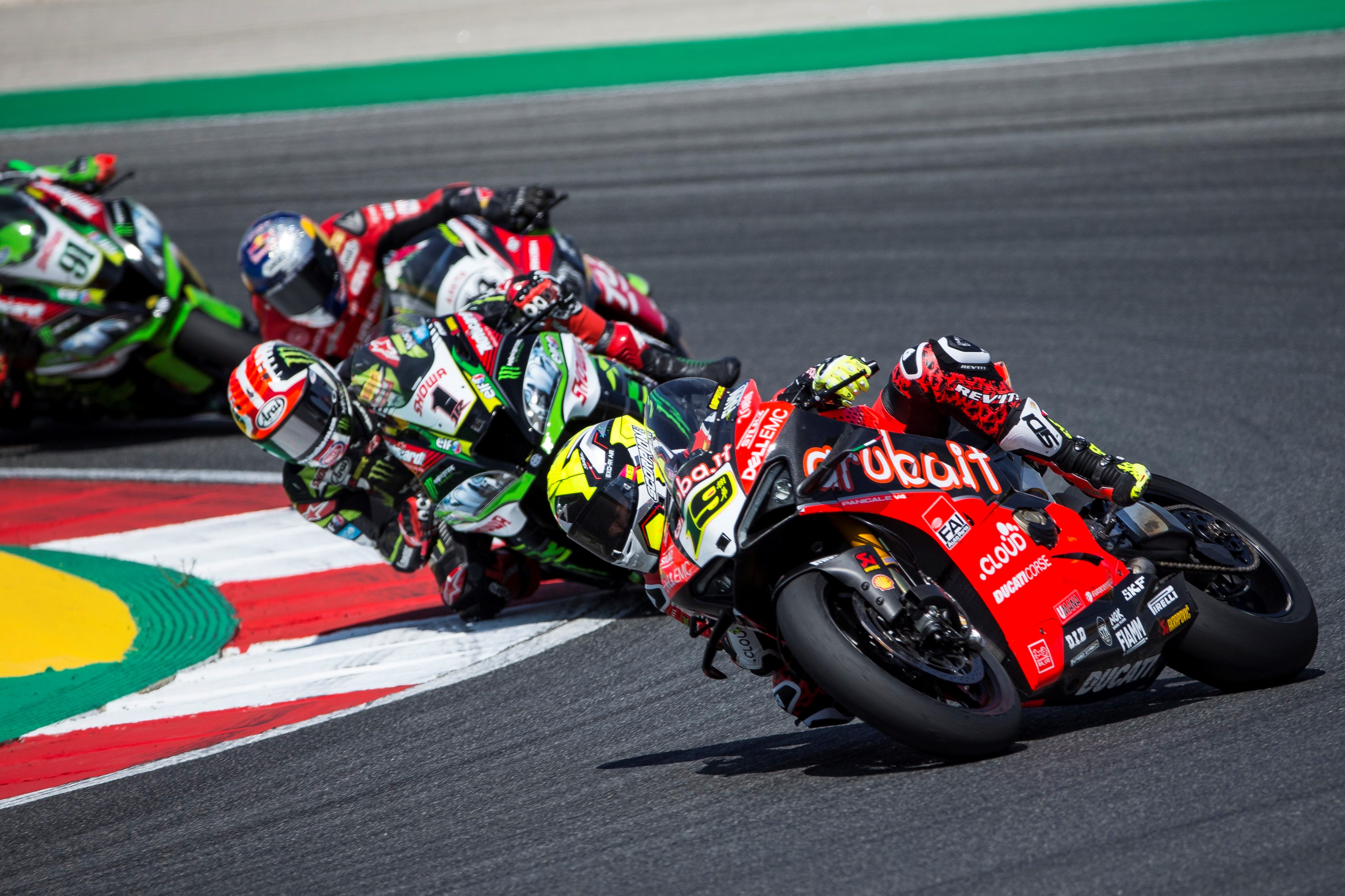 Jonathan Rea took two race wins before Alvaro Bautista got back on the top step of the podium in the Portuguese Round of the Superbike World Championship at Portimao.

Rea ran away with Race 1 on the #1 Kawasaki Racing Team entry while Bautista salvaged fourth from as low as 16th after copping a hit from Aruba.it Ducati team-mate Chaz Davies, who would finish second, at the first corner.

The Superpole Race was a similar affair, with Rea leading all the way and Bautista fighting back to second having emerged from the first corner in ninth.

Again, Bautista was forced into a comeback ride in Race 2, having dropped to sixth when the lights went out.

The Spaniard was back to third when he dragged past Toprak Razgatlioglu (Puccetti Kawasaki) and Rea in one fell swoop at the start of Lap 6, only for Razgatlioglu to briefly get into the lead himself.

That lasted less than a lap and it was Bautista who ultimately prevailed, but only by 0.111s over a strong-finishing Rea.

The latter leads Bautista by 91 championship points with Round 11 at France’s Magny-Cours next on September 27-29.