S5000 to use radical qualifying format

S5000 to use radical qualifying format 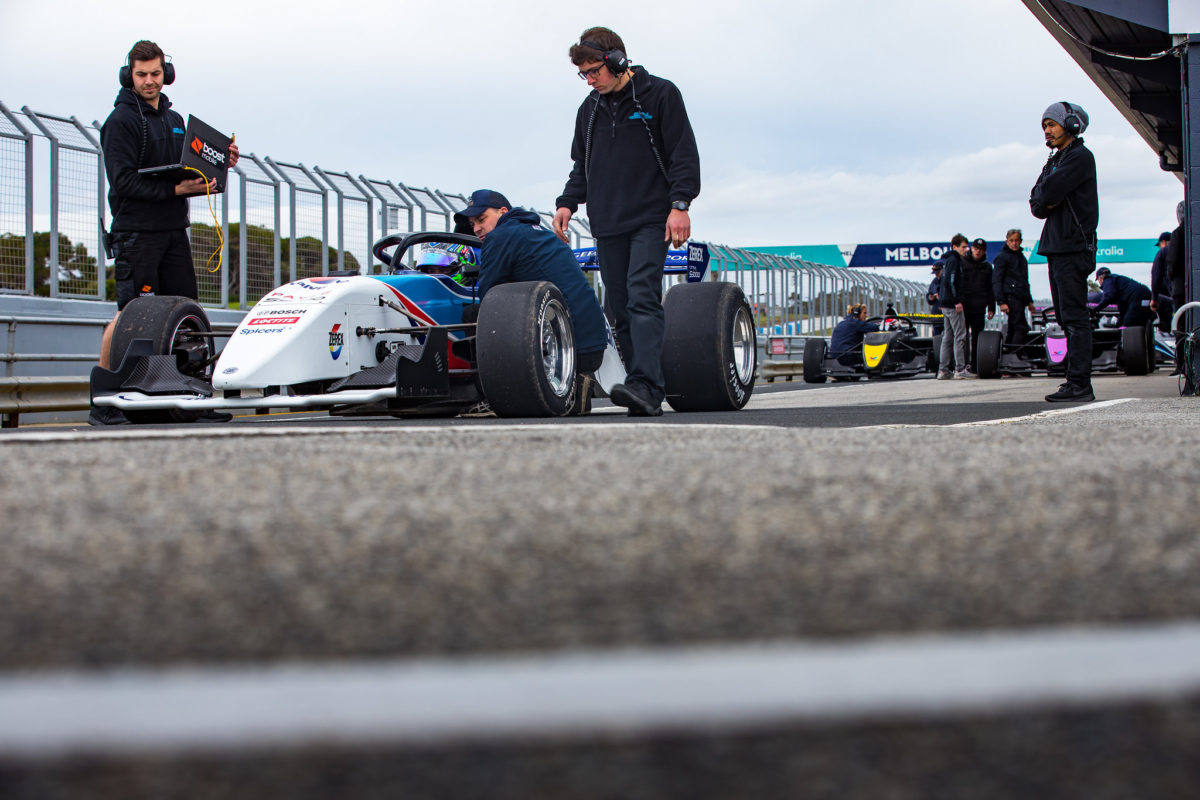 The S5000 series will use a radical Qualifying Heat format

S5000 is set to feature a radical qualifying format which will see Qualifying Heats and partial reverse grids determine the starting order for the main race.

Set to make its debut at Sandown later this month, the series has confirmed that it will host a single ‘Main Race’ on Sunday afternoon, following on from a traditional qualifying session and two ‘Qualifying Heats’.

While the qualifying session itself will progress normally, following the session the fastest qualifier will be asked to nominate their grid position for the first Qualifying Heat.

The grid for the second Qualifying Heat will see the top 75 percent of the field reversed based on the driver’s post-qualifying selections.

It means a driver selecting pole position for the first Qualifying Heat will start buried in the pack for the second.

Once the fastest qualifier has made their grid selection, the second fastest runner will make theirs, the process repeating through the top three quarters of the field.

Those in the bottom 25 percent will start both Qualifying Heats from the positions they secured in the traditional qualifying session.

The grid order for the Main Race will then be based on points scored during qualifying and the two Qualifying Heats.

“We want entertaining racing all weekend, so the idea is that for the Main Race, the person on pole has to earn it – by racing and passing other cars,” said category manager Chris Lambden.

“This will certainly mix things up during the two Qualifying Heats – much like the top 8 reversals in international F2 and F3 do – and the reward for qualifying fastest is the right to pick first.

“Points from Qualifying, plus the two Qualifying Heats will determine the grid for the Main race – which in a full championship series will earn the majority of the points.

“It adds a bit of theatre to it all and a reward for performance,” Lambden added.

“It should provide some action and excitement on the way to Sunday’s Main Race.

“It’s what we’re planning to do for next year’s championship series, and it’s a great opportunity to try it out.”

The opening Qualifying Heat on Saturday afternoon in Sandown is set to be broadcast live on SBS in addition to the standard Shannons Nationals livestream.

Though Sunday’s second Qualifying Heat will not be televised, it will be broadcast online before the Main Race is televised from 1415.

Sandown hosts S5000 as part of the Shannons Nationals on September 20-22.