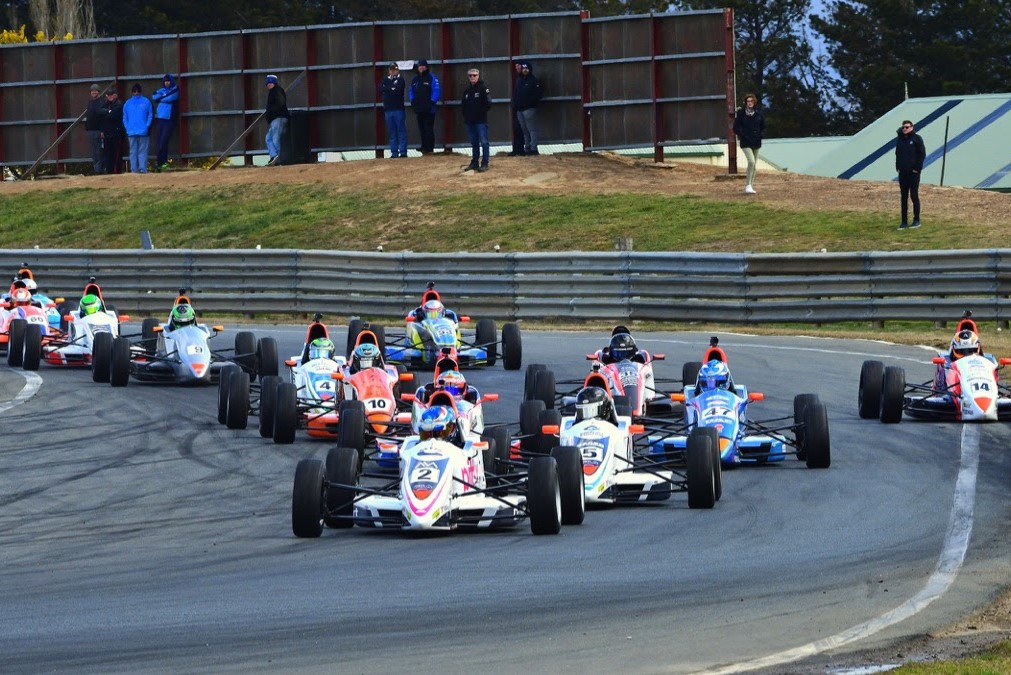 Angelo Mouzouris out in front

Angelo Mouzouris has moved more than a race clear at the top of the Australian Formula Ford standings having won the penultimate round of 2019 at Wakefield Park.

Mouzouris won the latter two of the weekend’s three races while Cody Burcher took out the opener.

Burcher (Synergy Motorsport) battled with Mouzouris and pole-sitter Callum Hedge in that first race before pulling away to a 1.47s victory over those two Sonic Motor Racing entries, while Zac Soutar was fourth.

Mouzouris led all 12 laps in Race 2 despite a mid-race Safety Car triggered when Jake Donaldson (Synergy) ran off at Turn 2 due to a brake disc failure, while Soutar (Team Soutar Motorsport) edged Burcher to second spot.

Race 3 played out similarly for Mouzouris as he led home Burcher and Thomas Sargent (CHE Racing), with Soutar fifth.

The latter continues to hold second in the championship but now finds himself 28 points behind Mouzouris with 20 on offer for each race win and one for a pole.

The seventh and final round will be held at Phillip Island on September 28-29.