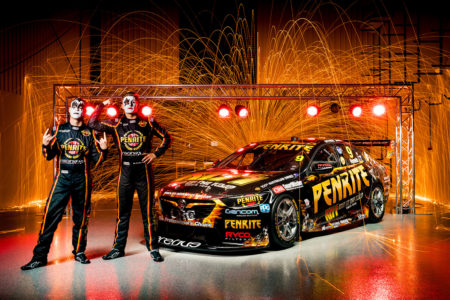 Desmosport Ducati’s Mike Jones has extended his Kawasaki Australian Superbike Championship lead as he and Wayne Maxwell split the wins in Round 5 at Winton.

Jones set a new ASBK benchmark around Winton Motor Raceway to qualify on pole position and he was joined on the front row by Maxwell (Suzuki) and Cru Halliday (Yamaha).

Maxwell prevailed in Race 1 after a gripping battle which saw the lead change several times.

He and Jones were only once separated by more than half a second for the first dozen laps before Maxwell won by a relatively large 1.86s.

Troy Herfoss took the chequered flag in third on his Honda, another 2.13s back from Jones after 16 laps.

The defending ASBK champion had crashed on his way to 12th in qualifying but jumped four positions on the first lap alone and then steadily rose to the podium placings by Lap 11.

Race 2 was twice restarted and then red flagged a third time due to rain, which saw it called even earlier.

An incident involving Mark Chiodo (Honda) and Kyle Buckley (Kawasaki) caused the first stoppage, then a crash for Falzon and Lachlan Epis (Kawasaki) necessitated the second.

Jones and Maxwell were duelling again once the field finally managed to get past the second corner, before rain saw the race ended for good on Lap 5.

The former was classified the race winner with the backdating of positions to the last completed lap, but the awarding of only half points meant the latter won the round.

Herfoss again salvaged a podium, ahead of Staring and Waters.

Halliday finished Race 2 in ninth position and is now 11.5 points away from Jones, having started the round just a point behind.

“I believe we were hindered by the weather, but it was the safest choice for the race – I’m very happy with pole position and a lap record in qualifying,” said Jones.

“To come away with an extension in the championship lead is fantastic this weekend, even though we didn’t quite get there for the round win.”

The penultimate round takes place at the Phillip Island Grand Prix Circuit on October 4-6.