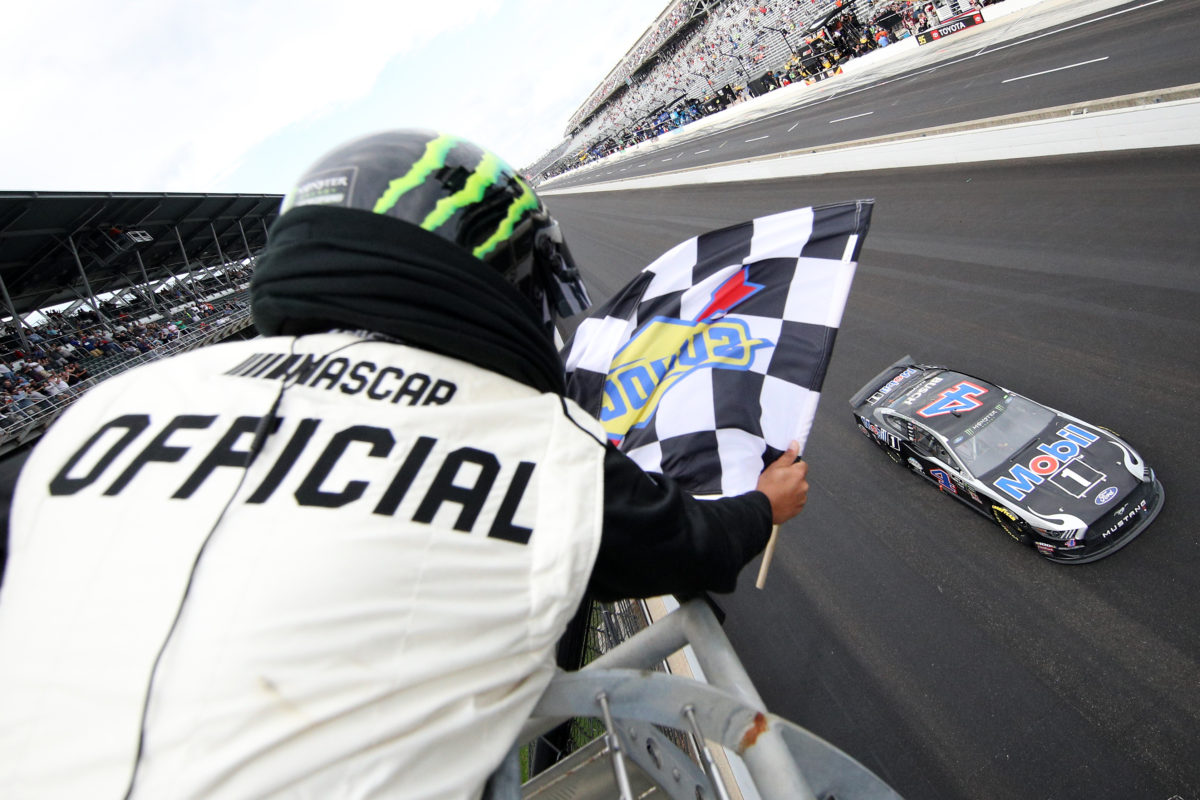 Kevin Harvick has closed out the final race of NASCAR’s regular season with victory at the Indianapolis Motor Speedway.

Harvick (Stewart-Haas Racing) took a dominant win, starting from pole position before leading 118 of the 160 laps and crossing the line 6.118s ahead of runner-up Joey Logano (Team Penske).

The duo made side-by-side contact in the middle of the turn that sent both into the outside wall before Keselowski ricocheted into an infield tyre barrier.

The Penske driver quickly jumped out from his stricken car with both drivers walking away unharmed.

In the hunt for one of two playoff spots, Jimmie Johnson initiated an eight-car wreck on Lap 106 after his Hendrick Motorsports entry got loose in the middle of Turn 2.

The seven-time champion sustained too much damage to continue, leaving him without a spot in the playoffs for the first time in his career.

The playoffs begin at Las Vegas Motor Speedway on September 13-15 (local time) with the first of three Round of 16 races.