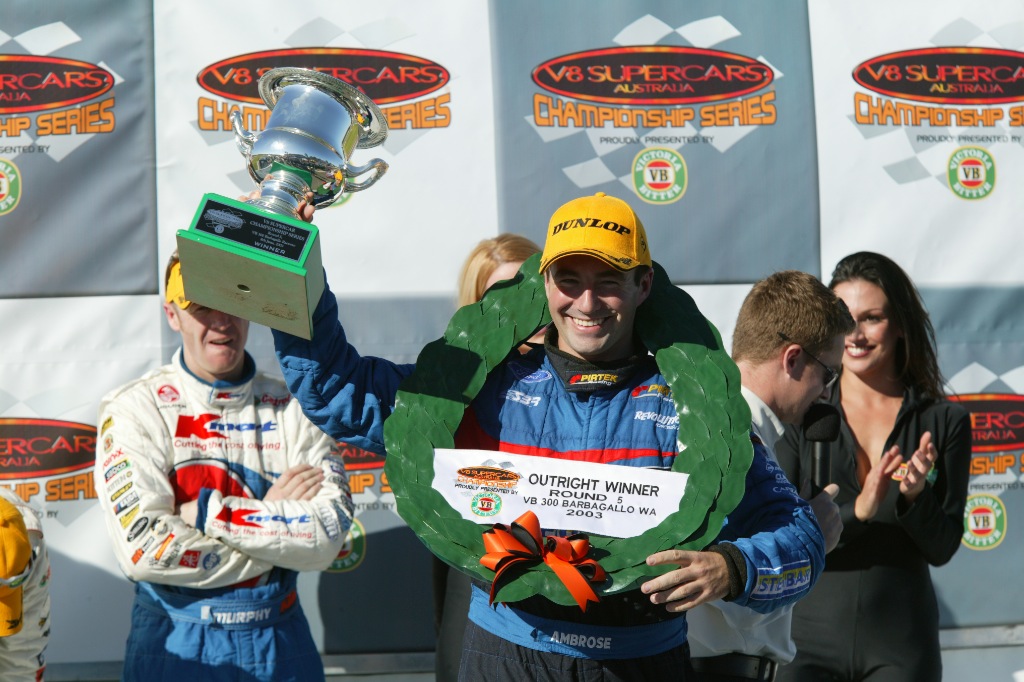 Speaking on the latest episode of Enforcer and The Dude, Stone recounted how the interference of a management team almost saw the deal scrapped at the eleventh hour.

Ambrose made his debut with SBR in 2001, famously qualifying on pole on debut at Albert Park before snagging a smattering of podiums in his maiden season.

He then won three race wins in the team’s AU Falcon the following year before taking back to back titles in 2003 and 2004.

“On results you’d have to pick Marcos,” Stone said when asked to pick the best driver he worked with in Supercars.

“He was at the top of his game.  In and out of the car, there wasn’t many weaknesses.

“To be honest, the deal nearly didn’t happen with Marcos because we’d agreed to everything and then a management team got behind him,” he added.

“So the day he came in to sign the management team thought that he perhaps should have been flying a bit further forward on a plane.

“I had a bit of a short fuse and didn’t handle it as well as I could, and so Marcos left without signing the contract.”

It was only the intervention of a third party that got the deal back on track, kicking off a successful period for both team and driver.

At the time however the signing of Ambrose was a gamble, with little known about the then 24-year-old.

Those concerns were quickly put to rest with pole at the Australian Grand Prix, a feat he repeated at Eastern Creek later in the year.

Despite the troubled start to the relationship, Stone says Ambrose was a pleasure to work with.

“After that day (signing the contract), Marcos was absolutely excellent to deal with,” Stone said.

“Because of his rapid rise he had a new contract every year, same as Russell (Ingall)!

“The only weakness he had is he didn’t like too much fan attention because he was so focused on what he was doing.”

At the end of 2005 Ambrose left Supercars to pursue a career in NASCAR, while SBR was sold to Betty Klimenko and because Erebus Motorsport for 2013.