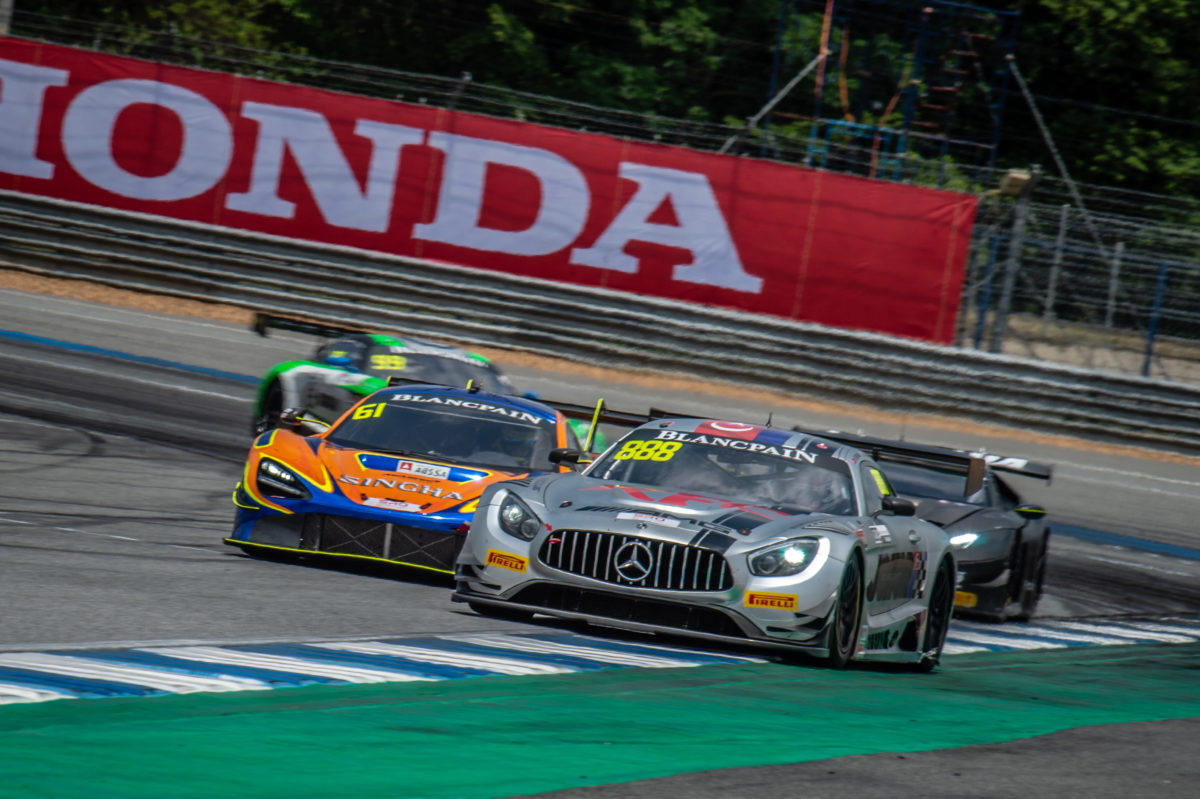 Triple Eight boss Roland Dane says his team is open to the prospect of expanding its GT program.

Following one-off outings at the Liqui-Moly Bathurst 12 Hour in recent years, the Queensland-based squad has this year begun competing in the Blancpain GT World Challenge Asia.

Triple Eight has campaigned a Mercedes-AMG GT3 in the Asian series for drivers Prince Abdul Rahman Ibrahim and Jazeman Jaafar, with Shane van Gisbergen making cameo appearances when his schedule has allowed.

“The category and the series over there is good, it’s very mindful of who their audience is, who the customer is, which is the amateur racer fundamentally in Asia,” Dane told Speedcafe.com.

“So they try to nurture, if you like, the racing scene there at a reasonably high and professional level because obviously, with the exception of Japan, motor racing in Asia is nowhere near as developed as it is in Australia or New Zealand.

“So therefore you have got to be careful to allow the growth of the local drivers and that’s what SRO are very diligent about, trying to ensure that you can’t have combinations of drivers that have a Pro-Am or a Silver level who don’t have any Asian background.

“That underpins the category, but having said that, there are some extremely good drivers at a GT level across Asia now, and increasingly so.

“We’ve had to work pretty hard up there to establish ourselves.

“There’s also some extremely proficient teams up there as well, including the likes of Craft Bamboo and Absolute, to name but two, so it’s been a really good test for us, but I am very pleased with the way we’ve gone so far.”

That experience has been enough to tempt Dane into expanding the program, but only if the circumstances are right.

“If there’s an opportunity to run a second car that complements what we’re doing already, then we’d like to,” said Dane.

“It’s a question of having the right customer and being comfortable that it’s complementary to what we’re doing, and doesn’t interfere with the current program.

“So if we can put that together, which I feel we could with the right person who wants to do it properly, who doesn’t want to try and save a dollar every 10 minutes, then we’ll do it.”

While keen on expanding his team’s GT program, Dane suggests there is work needed locally before the Australian GT Championship would be alluring.

“The GT category in Australia, with the exception of 12 Hour, has been completely and utterly screwed up over the last two years, so there’s not a lot to be done here until it’s, hopefully at some point, back on its feet.

“But right now, it’s a mess and there’s nothing to be done here apart from the 12 Hour.

“Somebody’s got to take a grip of the local GT scene and understand the market,” he added.

“Over the years, nobody’s really understood properly the local market.

“We’re only 25 million people here. If you look at the UK, which is a well-developed motorsport market with 65 million people, and they can’t put a full grid of GT3 cars together; it’s a combined grid of GT3 and GT4 to form their own championship.

“Here, you have to face up to the fact that our market is smaller, logistical challenges are much greater, and you have to cut your cloth accordingly.”

Shanghai hosts the next round of the Blancpain GT World Challenge Asia series on September 27-28.