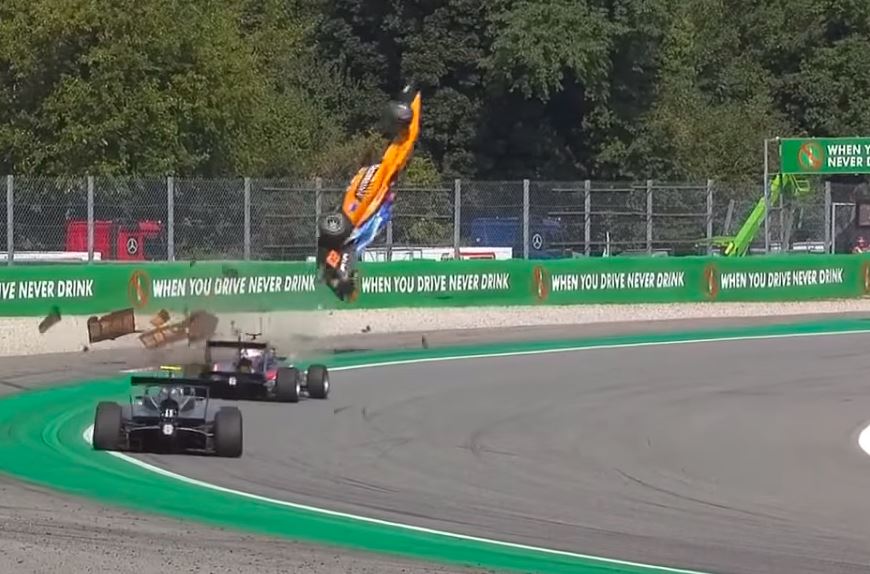 Alex Peroni has walked away from a frightening crash which saw his Formula 3 car become airborne during the opening race of the weekend in Monza.

The Australian ran wide in the Parabolica during the closing stages of the race before his car was launched over the back of a kerb.

Peroni’s car then rotated in the air, contacting an advertising hoarding and coming down on top of tyre barriers.

Climbing free of the car, the Tasmanian then walked to the medical car, which arrived on scene shortly after the incident.

With little time left in the race, the crash occurred on Lap 19 of 22, it ultimately ended under Safety Car, with Robert Shwartzman claiming victory.

New Zealander Marcus Armstrong was second to the line followed by Jehan Daruvala.

It’s the second significant incident in as many weeks for Formula 1’s supporting classes following the Formula 2 crash which claimed the life of Anthoine Hubert at Spa-Francorchamps a week ago. 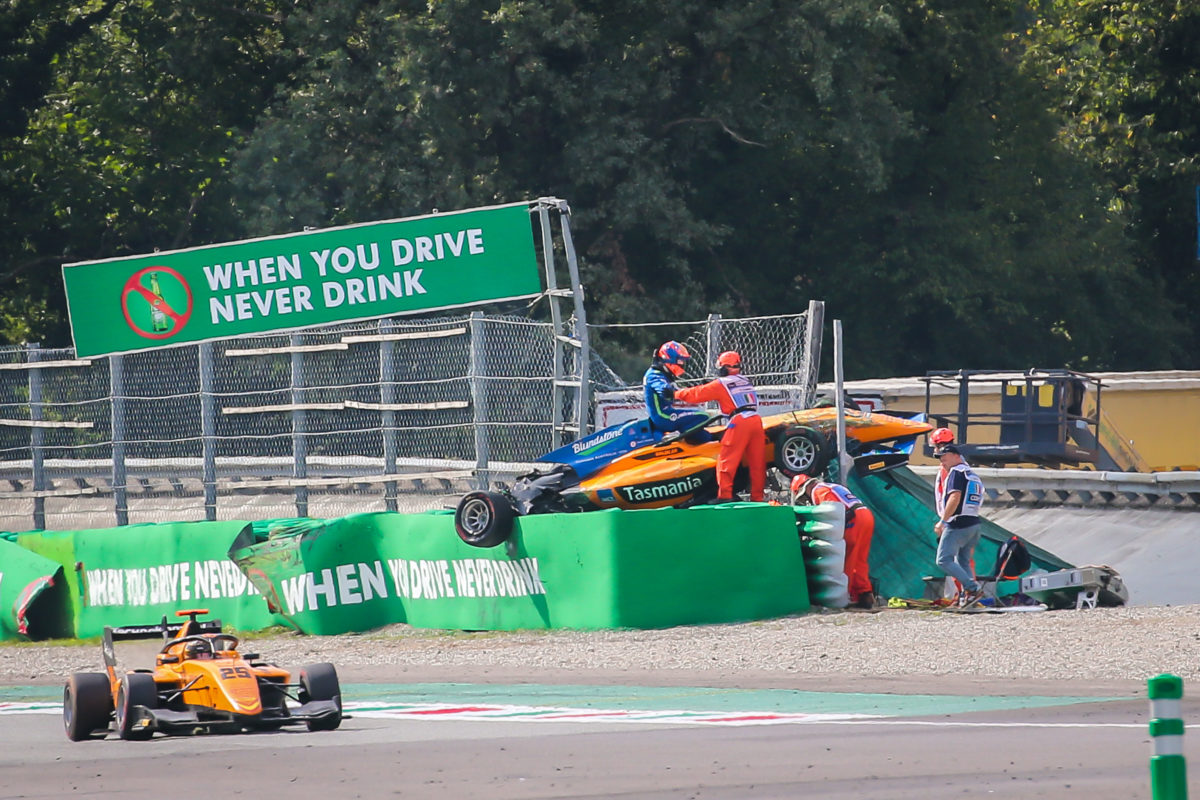