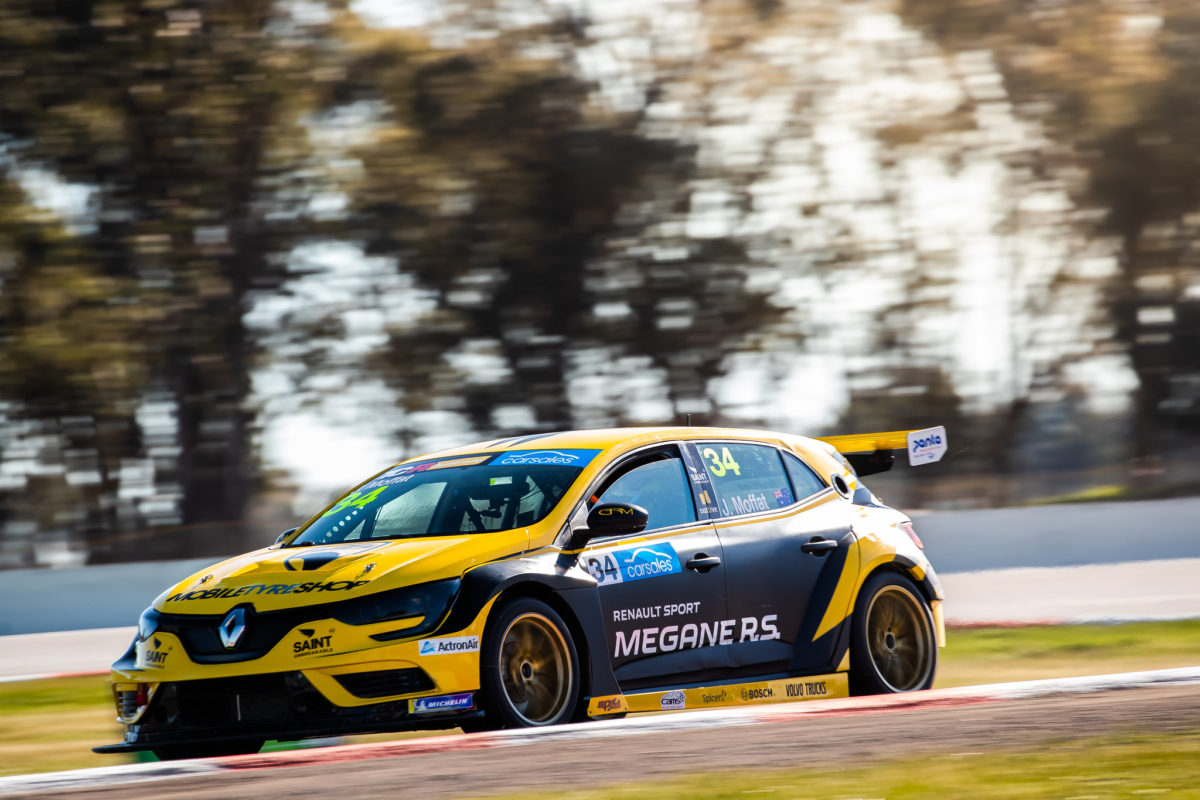 Renault Australia is set to continue its support of Garry Rogers Motorsport’s TCR Australia program until at least the end of the season.

The French car brand has supported the Melbourne squad’s two car Megane effort with a minor support deal before stepping up its involvement with sponsorship on James Moffat’s entry at Queensland Raceway last month.

Renault’s original deal saw the firm offer GRM a parts support deal and the loan of a Renault Master van to assist the team’s program for Moffat and Chris Pither.

GRM was keen to extend the sponsorship deal for the remaining Sandown (September 20-22) and The Bend Motorsport Park (November 15-17) events, which has now been agreed.

The marque’s branding remained on Moffat’s car at Winton last weekend which proved to be a difficult round for the team.

Both cars suffered gremlins ruling them out of Race 1 while Moffat could only manage 12th and 13th place finishes in the Sunday races which Pither failed to finish.

Team director Barry Rogers is however pleased to see Renault’s ongoing support as the squad continues to develop the Megane TCR machines.

“The deal will continue for the rest of the year which is good,” Rogers told Speedcafe.com.

“Renault, they really have embraced it (TCR Australia) which is great.

“I mean, they’re a car company that are sort of built of motorsport heritage, certainly in the last 30 or 40 years.

“The owners are the ones who are so enthusiastic. Renault owners, they’re a really good bunch.”

As previously revealed, the squad is set to receive a third Megane TCR car from Vukovic Motorsport in Switzerland, which is expected to be pressed into service next year.

Meanwhile, GRM is also set to take delivery of a further three Alfa Romeo Giulietta TCR cars, with two of the trio set to leave Italy at the end of this month.

They will join the pair currently contesting TCR Australia under the GRM and Ash Seward Motorsport banners.

The team is set for a busy fortnight with its Supercars program continuing at the ITM Auckland SuperSprint next week before the penultimate round of TCR Australia at Sandown from September 20-22.

Sandown will also see the debut of the all-new S5000 series, GRM having helped develop and construct the 14 cars ahead of the inaugural event.