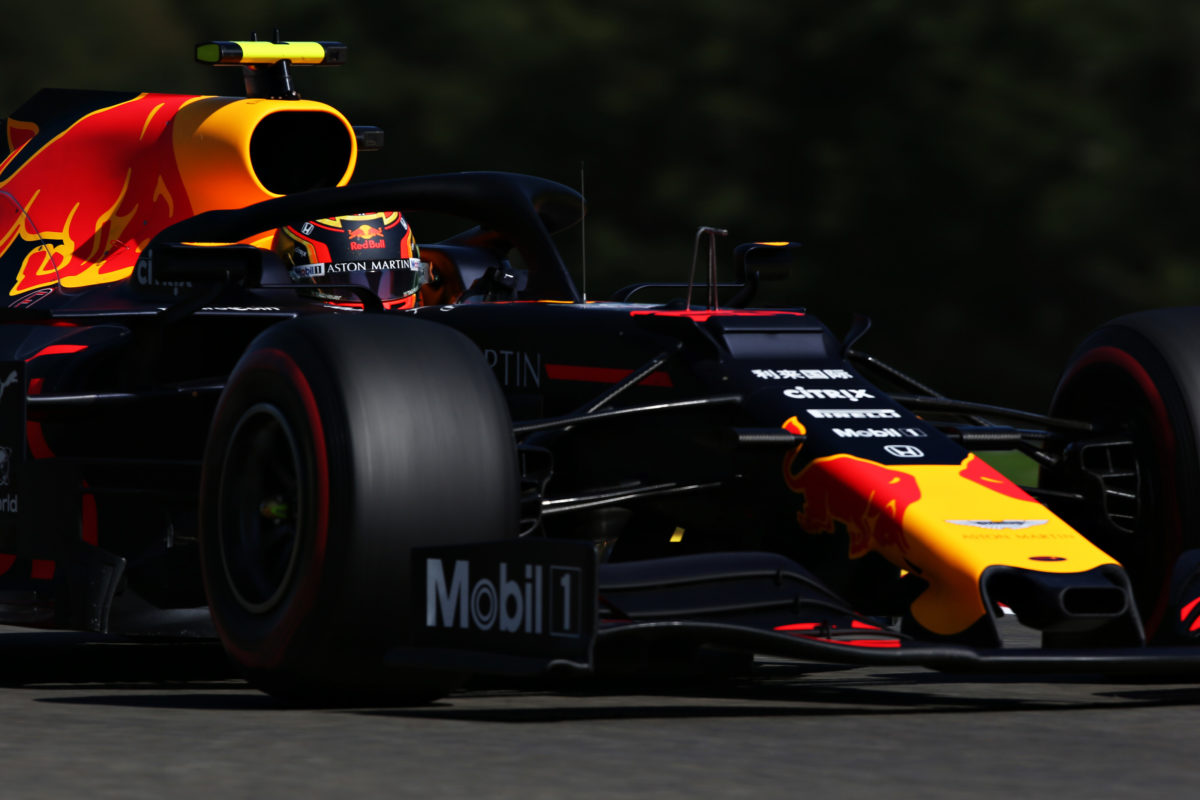 The Thai-British driver made the summer switch to Red Bull after it demoted Pierre Gasly to Toro Rosso.

Albon duly qualified 14th before going on to race his way to fifth, two places ahead of Kvyat at the chequered flag.

It was the best result in the 23-year-old’s brief Formula 1 career, but former Red Bull driver Kvyat was left unconvinced.

“I don’t know why you call it such a good start,” Kvyat said of Albon’s performance.

“He spent 36 laps behind me in a Red Bull Racing car, and he started in front of me as well. I don’t know, maybe in the future he will do better.

“Normally I don’t (pay such close attention), but I had to because we were fighting the whole race in Spa.

“If he had stayed at Toro Rosso then yeah, it would have been an amazing race for him, but he was in a Red Bull, so…

“But the fact that we were fighting and I held up a Red Bull car for most of the race in Spa – where the car really matters a lot – behind me, it was a very pleasing race for me to be honest.”

The Russian, who was dumped from the senior Red Bull team in favour of Max Verstappen in 2016, suggests Albon has his work cut out in matching the Dutchman.

“I think it’s not easy, especially when the driver has high confidence and the car suits him, it’s definitely not easy to outperform him consistently,” he reasoned.

“But for sure the cars between team-mates are usually very similar and it means the chances are likely to be very similar in terms of what you can achieve from that car.

“I don’t know how Max is as a driver to be honest, I’ve never been team mates with him so I don’t know how to judge him exactly. But for sure he looks in very good shape, that’s for sure.”

Formula 1 continues this weekend with the Italian Grand Prix at Monza, opening practice scheduled to begin at 1900 AEST.