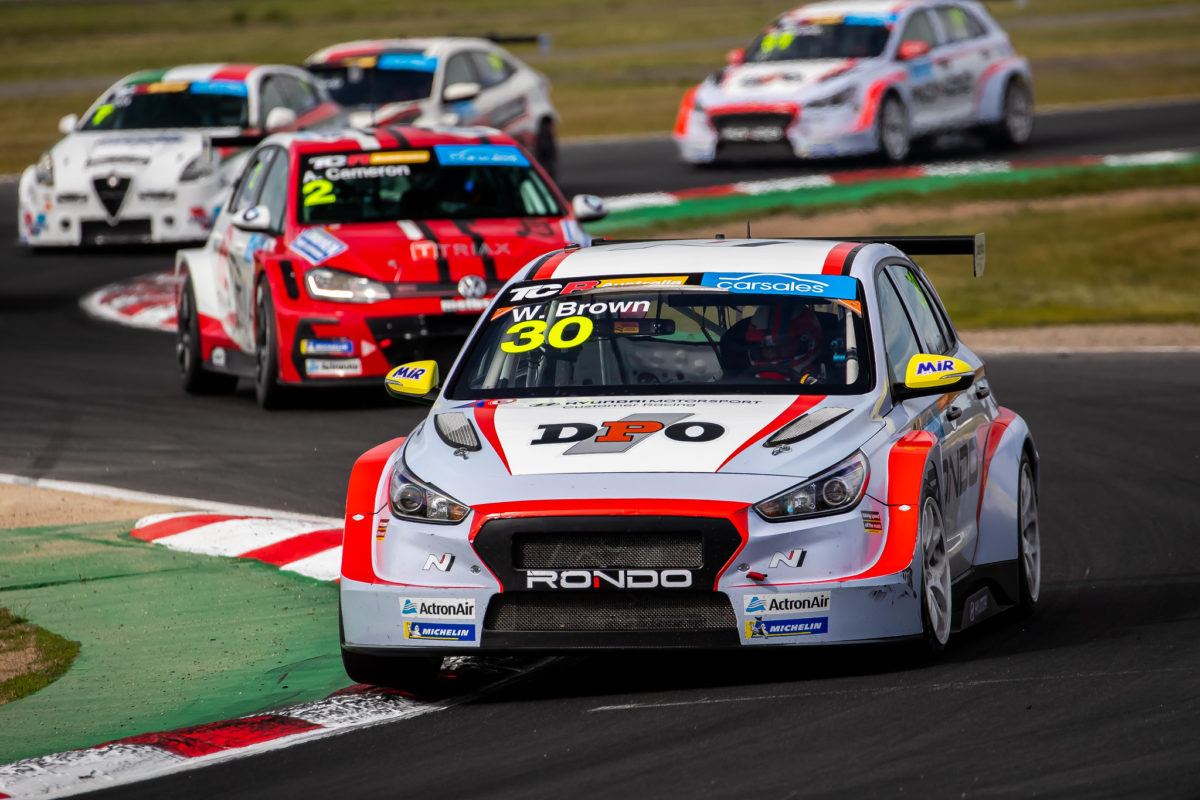 Will Brown leads the field at Winton

Runaway leader Will Brown is determined to become the first ever TCR Australia Series winner but is not getting complacent in his quest to do so.

Brown recorded his fifth and sixth wins of the series at Winton last weekend to further assert his authority on the new two litre touring car class.

His lead was enhanced after O’Keeffe hit trouble in Race 2 when a puncture forced him off the road, dropping him to 15th.

The GRM Super2 driver was only able to salvage eighth in Race 15 courtesy of the progressive grid format.

Despite a clean sweep of the Sunday races, Brown is aware how quickly the points table can turn as he looks ahead to the penultimate round at Sandown.

The Queenslander also believes the historic Melbourne circuit won’t favour the Hyundai i30, in regard to TCR’s Balance of Performance regulations.

“Definitely it’s been an awesome category so far and loving every second of it so definitely I want to win and I’m showing that out there,” said Brown, when asked by Speedcafe.com about his title aspirations.

“I think probably the last two rounds are where you have to maybe look more at the championship, Sandown is going to be a bit like Ipswich it has some really long straights, which where BoP may affect us.

“If we can get top five there and still have the championship lead going into The Bend and we were quite quick (there earlier this year) so I think, we’ll see what happens.

“There’s still six races to go and you can get taken out quite easily, so you’re just not sure.”

Brown still has plenty of work ahead to secure the title with six races remaining at Sandown and The Bend Motorsport Park (November 15-17) with 260 points available.

The driver will also be on double duty at Sandown later this month having been confirmed to race an Eggleston Motorsport prepared entry in the new S5000 single-seater series.