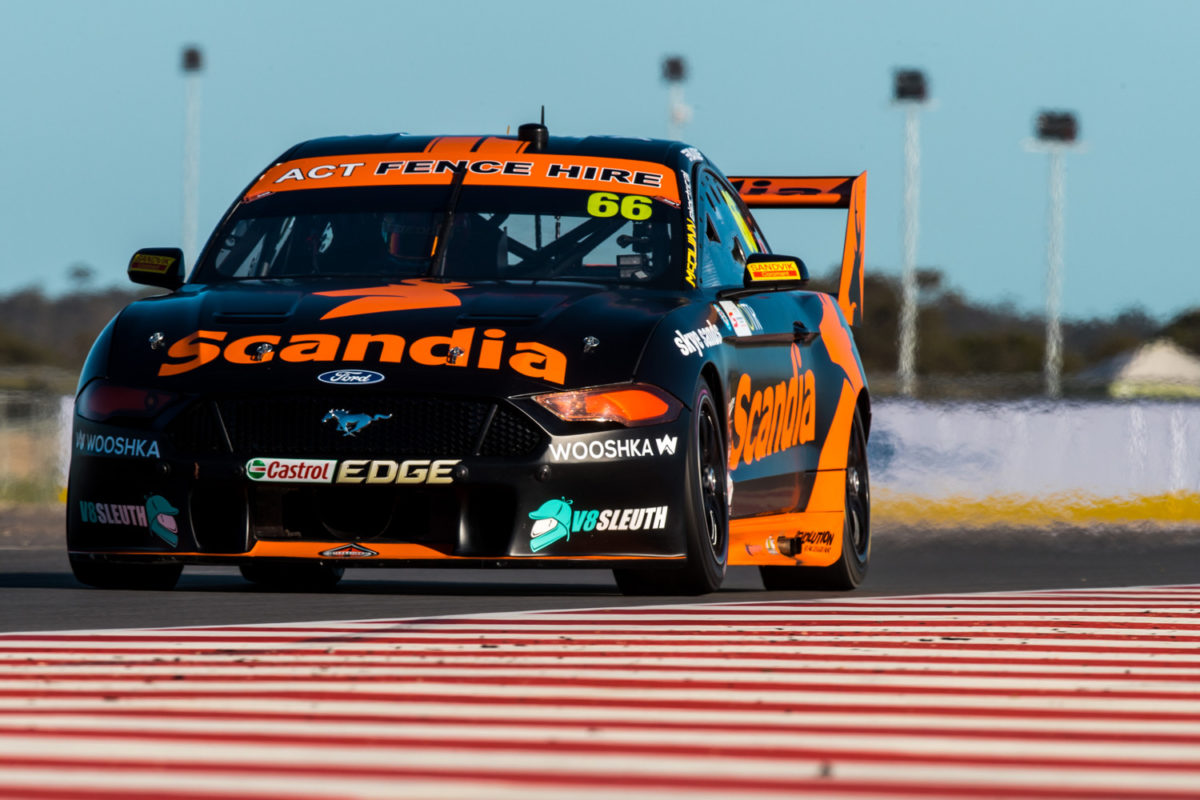 A head turning wildcard run at the OTR SuperSprint has seen Randle emerge as a potential option for the Ford squad next year with up to two seats up for grabs next season.

Star driver Chaz Mostert is expected to leave the Campbellfield outfit to join Walkinshaw Andretti United for 2020 while Lee Holdsworth’s future in the #5 entry, that will be piloted by Randle in the Pirtek Enduro Cup, is uncertain.

Randle made the leap to Supercars’ top tier courtesy of a Tickford wildcard at The Bend Motorsport Park which resulted in a pair of 17th place finishes.

The 23-year-old topped the Additional Driver session and also earned direct passage through to the second part of Armor All Qualifying for Race 21 after finishing 10th in Practice 2.

Several names have been linked to Tickford for next year with Jack Le Brocq heading the list that includes Scott Pye and Simona De Silvestro.

“Every Super2 driver’s dream is to transition to main game and I’m sure it’ll happen to Thomas in due course,” Edwards told Speedcafe.com, when asked if Randle was in the frame for a seat at Tickford next year.

While coy on his driver’s future, Edwards was impressed by how the young gun fared racing against Supercars’ elite.

“I think from my perspective he’s ticked every box he had to,” added Edwards.

“It was a strong result and watching his lap times just like our other four cars every lap of the race, because that’s always a good yardstick, qualifying’s one thing but then to be able to consistently do a 50.6 then a 50.6, then you know.

“That is the best yardstick as to where he’s at. He did a fantastic job.”

Randle is currently sitting fourth in the Super2 standings ahead of the next round at the Supercheap Auto Bathurst 1000 from October 10-13.