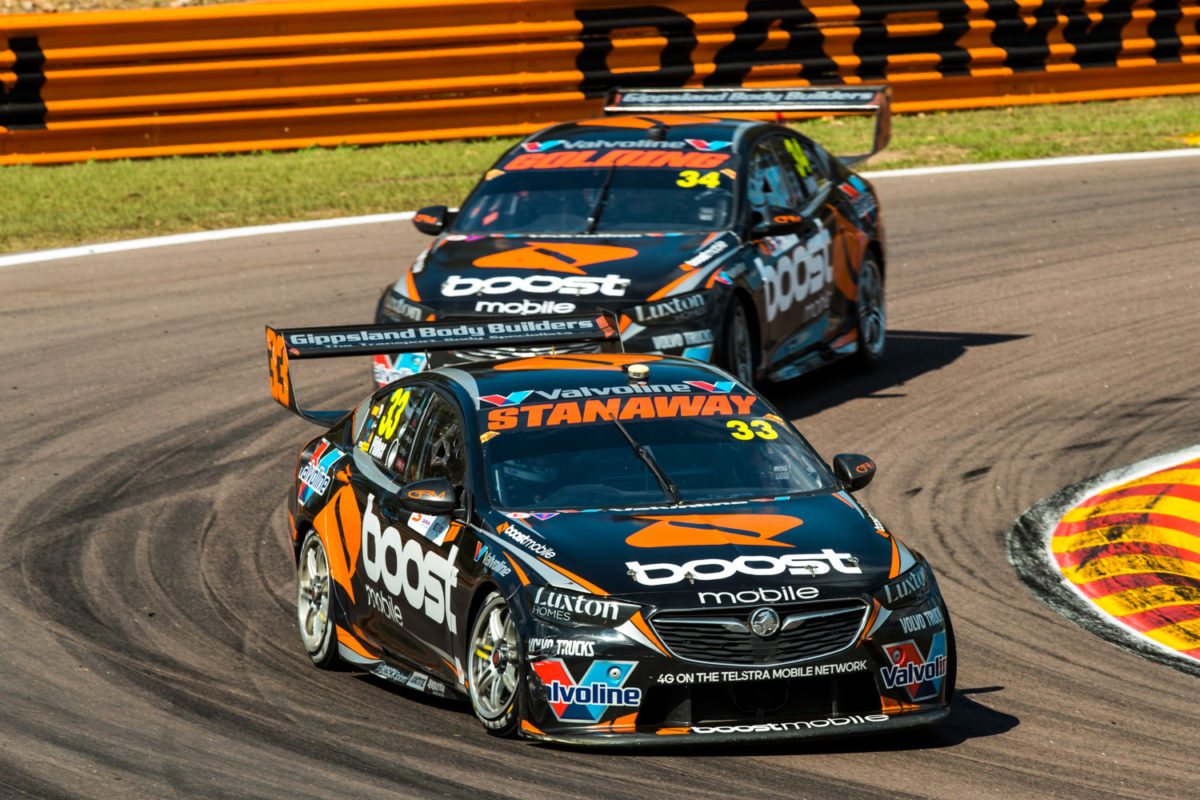 Garry Rogers Motorsport is prepared for a future without naming rights sponsor Boost Mobile should the firm withdraw its backing of the team for 2020.

The Melbourne squad signed a two-year title sponsor deal with the telco as part of a shake-up that saw the team rebranded Boost Mobile Racing and Richie Stanaway recruited in place of Garth Tander.

However, the arrangement hinges on the team meeting key performance indicators which Speedcafe.com understands have not yet been met.

GRM is expected to officially learn its fate at the Supercheap Auto Bathurst 1000 when it meets with Boost Mobile founder Peter Adderton.

He is also rumoured to be in the running to set up an all new team out of Sydney next year that could see him link up with James Courtney, who will leave Walkinshaw Andretti United which Boost Mobile sponsored last year.

GRM team director Barry Rogers maintains the team is committed to Supercars amid its programs in Super2, TCR Australia and S5000, and is prepared to go searching for a new title sponsor for 2020.

“Oh we don’t know yet (what is happening next year),” Rogers told Speedcafe.com.

“We’ll like to think that we will still have Boost. It was a two-year deal, but it is conditional upon some KPIs and they are not out of control type expectations for the same token.

“But you don’t have to be Einstein to see that our results haven’t been brilliant this year, so that’d be a discussion we’ll have with Peter, he comes across just prior to Bathurst.

“So we’ll have that discussion then and see what unfolds from there.

“We’ve had sponsors come and go since we’ve been involved in motorsport.

“Naming rights partners, we all know, aren’t easy to find.

“So if they (Boost Mobile) are gone, we’ll be out there strongly trying to find someone to get onboard and from there we’ll make our decisions.”

Rogers admits that sponsorship talks prior to the Great Race (October 10-13) will prove a busy time for the team as it readies for Supercars’ showpiece event.

“(At Bathurst we will know) where we’re going, and whether we’re going to get out in the marketplace and find someone to jump on board, or what from there, so that’ll be the crux of it all,” he added.

Boost Mobile Racing currently sits ninth in the teams’ standings ahead of next week’s trip across the Tasman for the ITM Auckland SuperSprint from September 13-15.