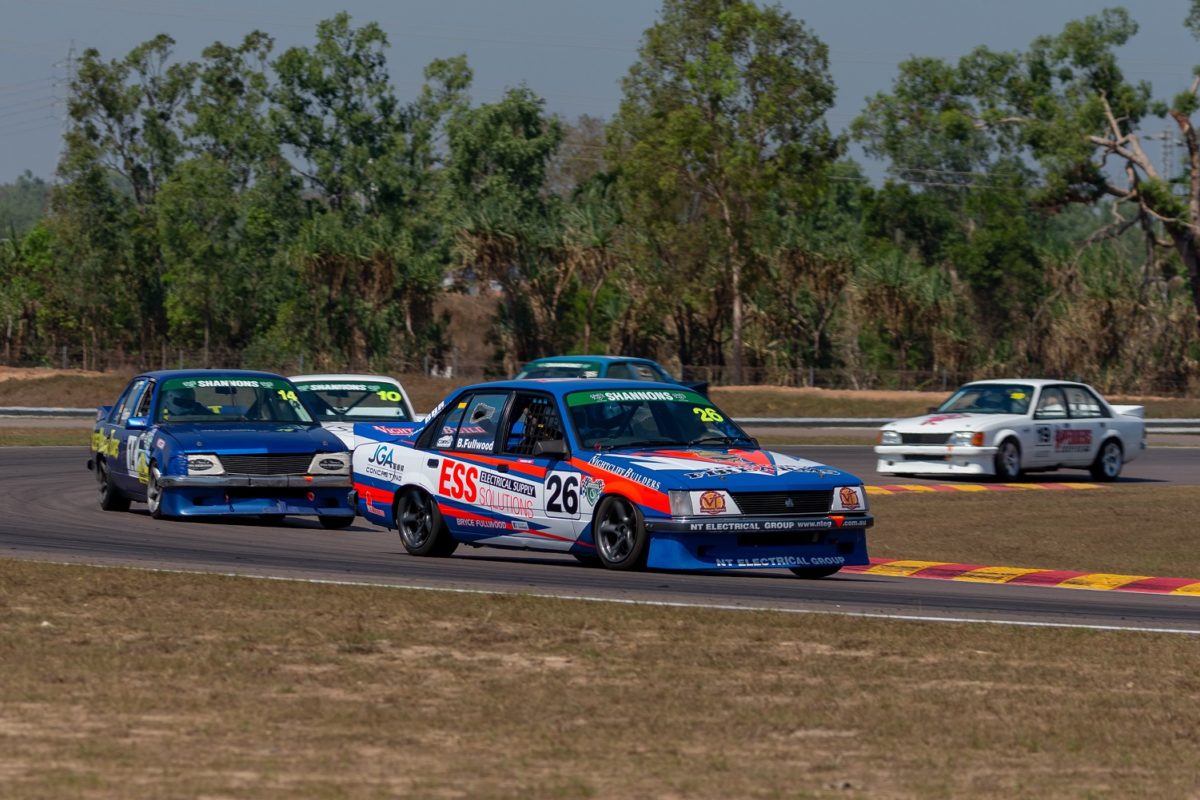 Hidden Valley will host a Commodore Cup enduro round featuring three former national champions and offering a share of $10,000 prize money this weekend.

The TPS Traffic And Parking Commodore Cup NT Enduro will feature a race run in two parts, the first hour on Saturday and the second on Sunday, and boasts a field comprised of all VB and VH models in the country which are still eligible for the category.

Commodore Cup remains one of the core motor racing series in the Northern Territory and a support category for the Darwin Triple Crown Supercars event.

For the Fullwoods, it is not the first time they have been on-track together, having even arranged a special form finish in class during the Improved Production/Commodore Cup races at this year’s Supercars event.

“It was the first time we’d shared a race track together, and in one of the races I actually slowed down and we went side-by-side over the finish line, which was pretty cool, so we’re going to team up,” Bryce Fullwood told Speedcafe.com.

Brett Holdsworth is also one of three former national champions who have entered, with five-time title winner Geoff Emery and two-timer Christian D’Agostin also in the field.

The grid will be set by way of an eight-lap qualifying race for the nominated co-driver, who must be a non-regular to local Commodore Cup racing, while at the end of Saturday’s hour-long first stanza of the enduro, the Safety Car will pick up the field.

For the second part of the race, the field will undertake another rolling start in that same on-track order with their lap counts preserved from the day before.

Each car will be obliged to make three compulsory pit stops in each part of the race, the first for a wheel change, the second for the mandatory and sole allowable driver change, and the third for another wheel change.

Neither driver is allowed to exceed 40 minutes driving time in either part of the race, while wheel changes must be made with a cross brace and only manually operated hydraulic jacks are allowed.