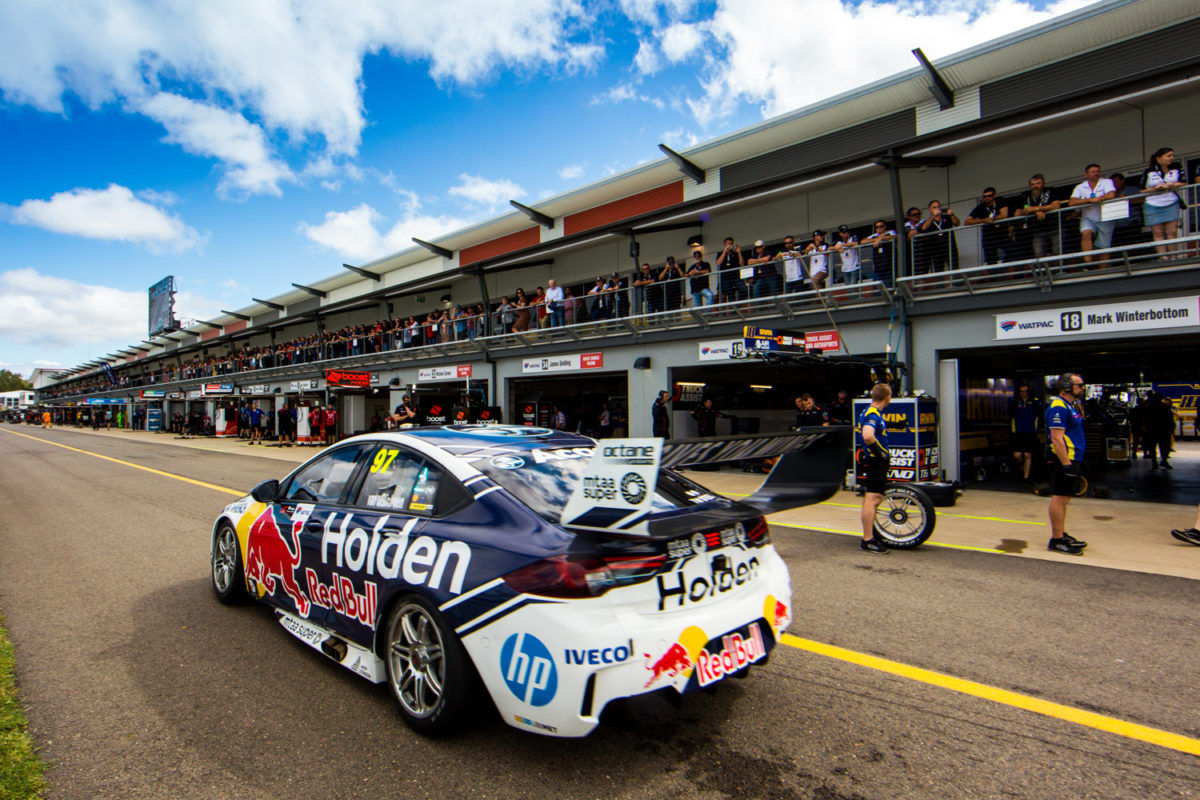 Supercars has confirmed a fresh batch of aero changes for the Holden ZB Commodore as the series continues to pursue parity across its models.

The championship has today revealed all 14 Commodores will run a tweaked aero package at next week’s ITM Auckland SuperSprint following confirmation of a sixth parity change administered by Supercars this season.

Three adjustments will be made to the cars including; the removal of the high-level brake light detail from the tailgate, the addition of a gurney to the rear wing endplates along the trailing edge and the extension of the front undertray.

The changes have been ratified following a submission from Holden homologation team Triple Eight to the Supercars technical department and Supercars Commission after the OTR Super Sprint at The Bend Motorsport Park.

The ongoing parity debate reared its head again at The Bend as Holdens struggled to match the Ford Mustang.

While limited information has been released regarding the modifications, Speedcafe.com understands the tweaks are largely bolt on and will not require the manufacture of new parts.

“Triple Eight Race Engineering made the application to the Supercars Technical Department for an aerodynamic adjustment following the most recent event at Tailem Bend,” said Head of Motorsport Adrian Burgess.

“Upon assessing the application and the information supplied, the Technical Department approved the submission as the delegated authority of the Supercars Commission.

“This adjustment will be in effect from the New Zealand round onwards.”

It is the second time this season the Holden Commodore has undergone an aero change after adjustments to the undertray and rear wing angle were revealed prior to the BetEasy Darwin Triple Crown.

This season has been plagued by parity adjustments triggered by the successful debut of the Ford Mustang.

Supercars mandated an aero change on the blue oval’s new weapon in May that saw the car’s rear wing endplates reduced in size, front undertray shortened and its rear wing gurney flap lowered.

Aero changes were also implemented on the Nissan Altimas ahead of last month’s OTR SuperSprint.

Supercars has twice made centre of gravity changes on the Holden, Ford and Nissan models, the first administered in April, with the latest configuration introduced in July.

The new Holden aero package will be raced for the first time at New Zealand’s Pukekohe Park Raceway from September 13-15.