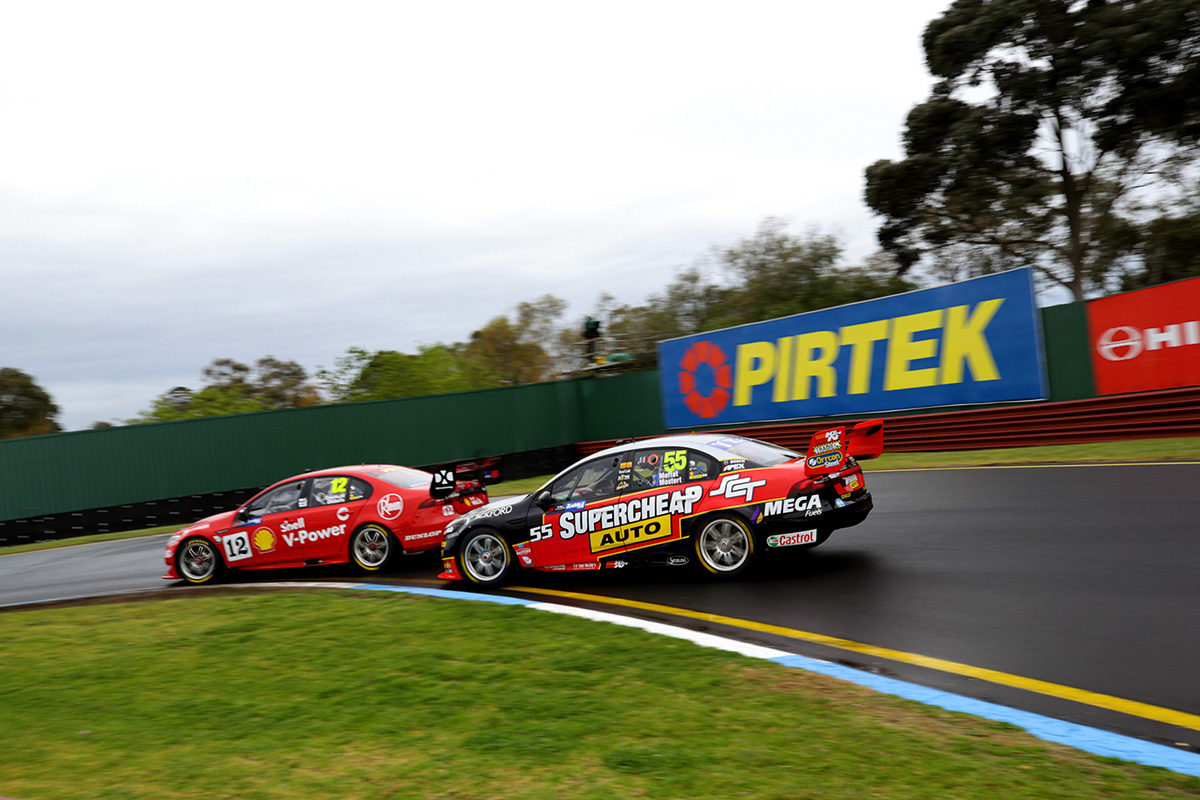 Chaz Mostert is sad to see the tradition of a Supercars endurance race at Sandown come to an end.

Next year’s 500km enduro will be held at The Bend Motorsport Park, while Sandown reverts to the SuperSprint format which becomes a pair of 200km races for single drivers.

Although the ‘500’ has been moved to two other locations in the past two decades, namely Queensland Raceway and then Phillip Island, only to return to Sandown after four years on each occasion, the Melbourne circuit is regarded as the home of the race.

Sandown International Motor Raceway is one of Australia’s oldest permanent circuits and the lineage of the Sandown 500 dates back to a six-hour race for touring cars in 1964.

Mostert, whose regard for the history of Australian touring car racing was also demonstrated when he won this year’s Larry Perkins Trophy, laments that a circuit which has hosted long-distant races contested by some of the greats will be relegated to SuperSprint status in 2020.

“It’s a bit sad, for me, I think, to lose the Sandown 500,” he said, speaking before Sandown’s format for 2020 was officially confirmed.

“It’s been a heritage race there for a long time. It’s pretty exciting when you kind of go there, for me, knowing guys like Brocky and all those used to race around there for several kays, but it is what it is.”

Ironically, Mostert’s comments are somewhat at odds with those of venue manager Brendan Stuart.

He told Speedcafe.com that he was happy to host a Supercars event regardless of format, and Sandown will do so for at least three more years after undertaking vital safety upgrades, which are currently in progress.

The rugged nature of Sandown and its suburban Melbourne location puts it in stark contrast to the expansive setting and modern facilities at The Bend.

“It’s going to be bloody hard, the racing, because I think my second-last lap (of the Saturday race at the SuperSprint) or something was my fastest and the cars just keep coming on faster and faster and there’s no deg and your fuel load goes down,” explained Scott McLaughlin.

“It’s going to be a pretty tough 500 kays out there because you’re just holding on basically the whole time, going as fast as you can.”

The two SuperSprint events held at The Bend to date have been run on the harder of the two tyre compounds used by Supercars, due to the loads produced on some corners.

They have also been characterised by processional racing, with another 180km to be added next year on top of that run under this year’s SuperSprint format.

Red Bull Holden Racing Team boss Roland Dane is adamant that The Bend 500 should be run on the softer tyre compound.

“Soft tyre,” he stated on Fox Sports’ The Loud Pedal podcast when asked how to improve the spectacle.

“We need to be on the soft tyre there, I think, in order to try and spice it up.

“I think the soft tyre would enable the drivers just to press a little bit harder.

McLaughlin agrees, declaring: “I think the soft tyre would be very good here but obviously there’s a lot of load as well so I’m sure they’ll make the right decisions there but I think we probably could have run the super soft.”

Dane also suggested mandating a rule that would encourage strategy divergence with respect to when co-drivers are in the cars, although he was against mandating that the co-drivers must start, as they generally do for Gold Coast 600 races.

“I’d prefer to have a rule that says you’ve got to have two driver changes for instance, something like that.

“It’s not really a question of the co-drivers all starting (either); I’d like to see differences.

“If you remember 2014, Jamie (Whincup) and Chaz started Bathurst because they were at the back, and they both smoked through the… in fact I think Jamie got to the lead by Lap 20 or something.

“So you had different strategies playing out, is what I’m getting at, and of course then that came with the co-drivers against the main drivers for some of the people later on.”