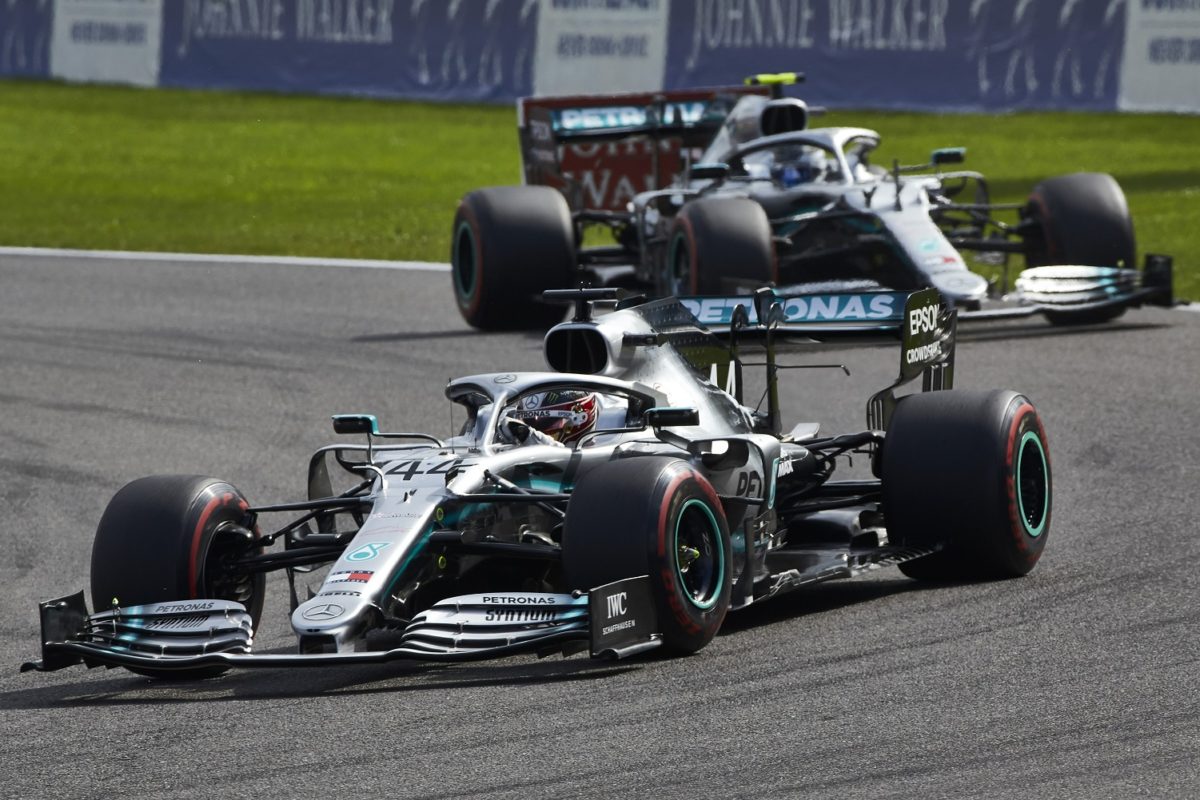 The Mercedes at Spa-Francorchamps

Lewis Hamilton believes that Mercedes would need “drastic improvements” in straight line speed in order to beat Ferrari this weekend at Monza.

Ferrari’s engine superiority was clear to see at last weekend’s Belgian Grand Prix at Spa-Francorchamps, even if Hamilton and team-mate Valtteri Bottas did fill out the podium behind Charles Leclerc.

With Monza being an even more power-sensitive circuit, the championship leader is pessimistic about the Silver Arrows’ chances of winning the Italian Grand Prix.

“It’s all straights, so it’s going to be a happy weekend most likely for Ferrari in that respect,” predicted Hamilton.

“(At Spa) we are losing over a second in qualifying, a second per lap, so there is not much me and Valtteri can do in that instance, and there’s not many corners to catch it up.

“In the next few days, we’ve got to make some drastic improvements to our straight speed somehow. I don’t know if it is possible but I think if anyone can do it, it is our team. We will do our best. Position is also everything.

“We’ve got slightly better (tyre) degradation than them, so maybe, and it is a longer race so hopefully we can have another close race like we’ve had this weekend.”

Mercedes Team Principal Toto Wolff pointed to the ease with which Sebastian Vettel re-passed Hamilton on Lap 1, when DRS is not available, as evidence of Ferrari’s engine performance.

Vettel was kept wide at La Source and had to slot in behind Hamilton, only to breeze past him along the Kemmel Straight.

“If you would have given me a second and third in Spa (prior to the race) I would have taken it because we know that our package compared to the Ferraris with the straight line speed is inferior,” said Wolff.

“Look at Turn 1 and then the following straight; Sebastian can’t be more off the line than he was and he was still able to overtake us.”

The result at Spa was nevertheless in doubt until into the last lap, as Hamilton rapidly closed the gap to Leclerc thanks in part to better tyre life, which has Wolff somewhat optimistic for Italy.

“I don’t think we can find 15 kay (kilometres per hour) in the next five days,” he suggested.

“And on the Sunday we’re looking much closer, even on the high-power circuits, so I do think we’ve got to give it all we have to hopefully win the race in Monza.”

Practice for the Italian Grand Prix starts on Friday at 1900 AEST.