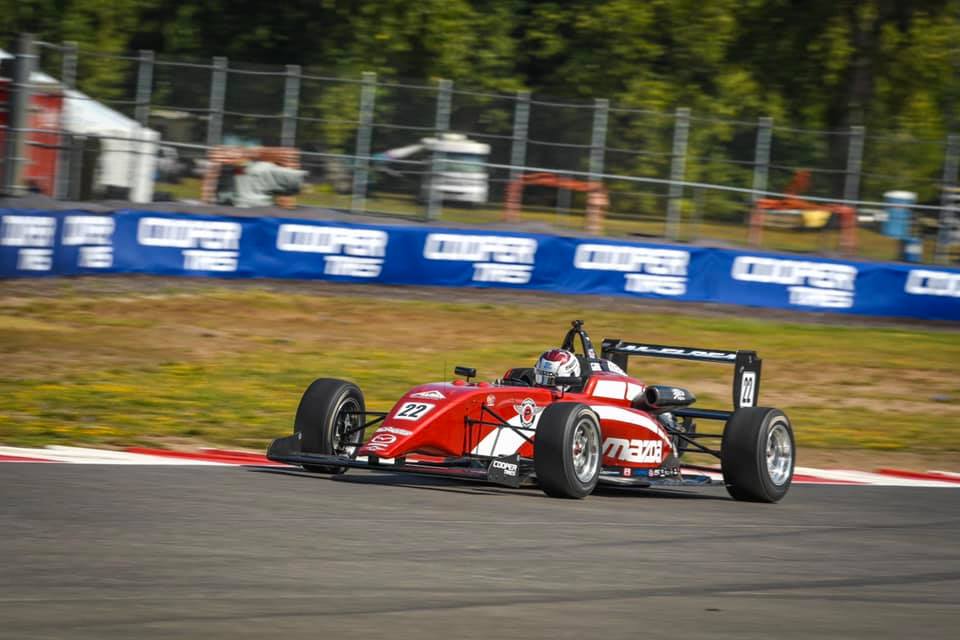 New Zealander Hunter McElrea has moved into the lead of the USF2000 Championship with a sweep of the penultimate event of 2019 at Portland.

McElrea (Pabst Racing Services) qualified on pole position for both 25-lap races and was tailed by Braden Eves (Cape Motorsports) for the first eight laps of the opener before pulling away to a 4.9s win.

McElrea was even stronger in Race 2, while Eves had an early setback when he and Rasmussen touched at the first complex of corners.

McElrea’s advantage over Eves is six points with 66 points on offer across the two races at Laguna Seca on September 20-22. Australian Oscar Piastri has moved to a healthy outright championship lead in Formula Renault Eurocup by sweeping the two races at the Nurburgring.

The R-ace GP driver qualified on pole for both races but did not have it all his own way, particularly in Race 1.

He battled with Patrik Pasma (Arden) in the opener before making the decisive move on Lap 14 and winning the 16-lapper by 2.8s.

In Race 2, Piastri led from the exit of the first corner until the finish, taking the chequered flag 14.8s ahead of second placed Alex Quinn (Arden).

Victor Martins (MP Motorsport), with whom Piastri had been tied atop the standings after the last round, is now 40 points back having failed to start Race 2 with a suspension issue.

The championship visits the Hungaroring for Round 7 on September 6-8. 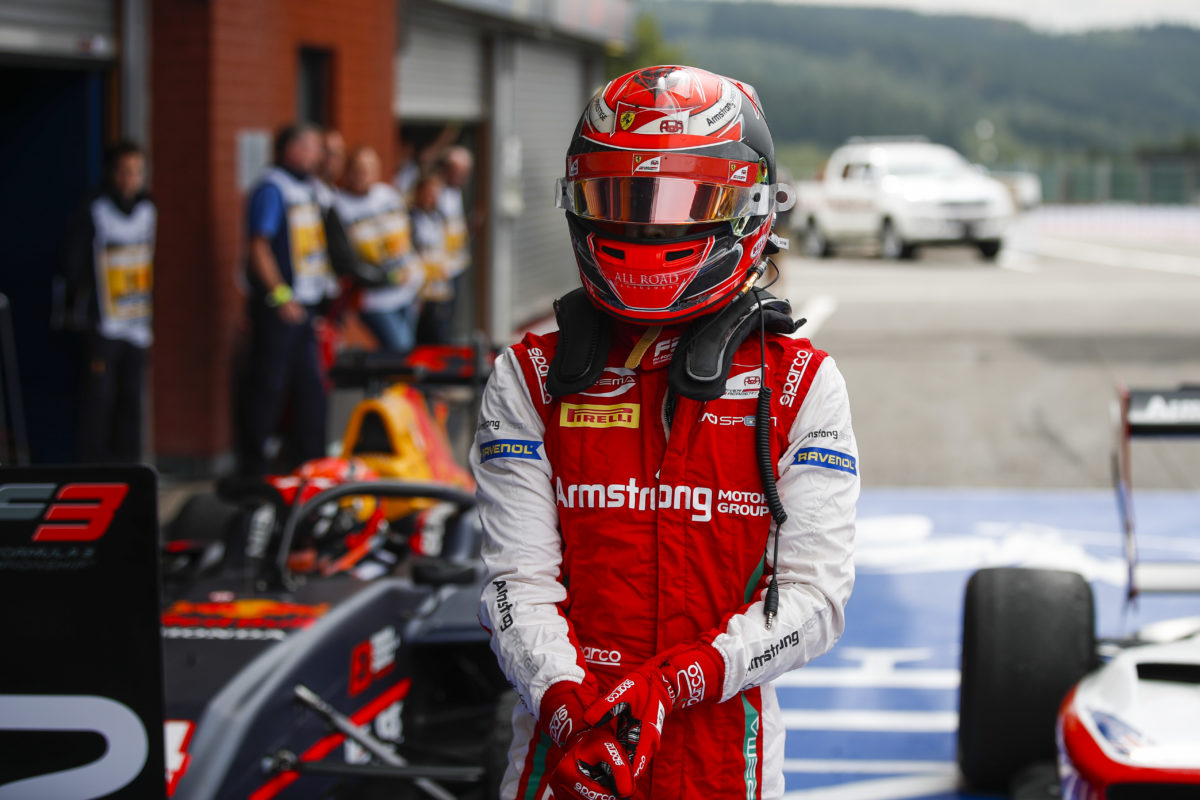 Kiwi Marcus Armstrong took his second FIA Formula 3 career win in as many rounds with victory in Race 2 at Spa-Francorchamps.

The Prema driver came all the way from 19th on the grid to finish eighth in Race 1 and claim top spot for the start of Race 2.

From there, he made a quick getaway before a lengthy Safety Car period was called when Simo Laaksonen (MP Motorsport) crashed at Blanchimont.

Racing resumed on Lap 9 and Armstrong eventually won by 4.515s, ahead of Yuki Tsonda (Jenzer Motorsport).

Alex Peroni (Campos Racing) was classified 15th after a five-second post-race penalty for contact with Laaksonen which caused a puncture that led to the crash.

Peroni was a DNF in Race 1 as a result of a hit from Devlin DeFrancesco (Trident).

Liam Lawson (MP Motorsport) finished 12th in Race 1 and 19th in Race 2 having been pushed into a spin by Logan Sargeant (Carlin) in the latter.

The championship supports the Italian Grand Prix at the Autodromo Nazionale Monza this weekend (September 6-8). 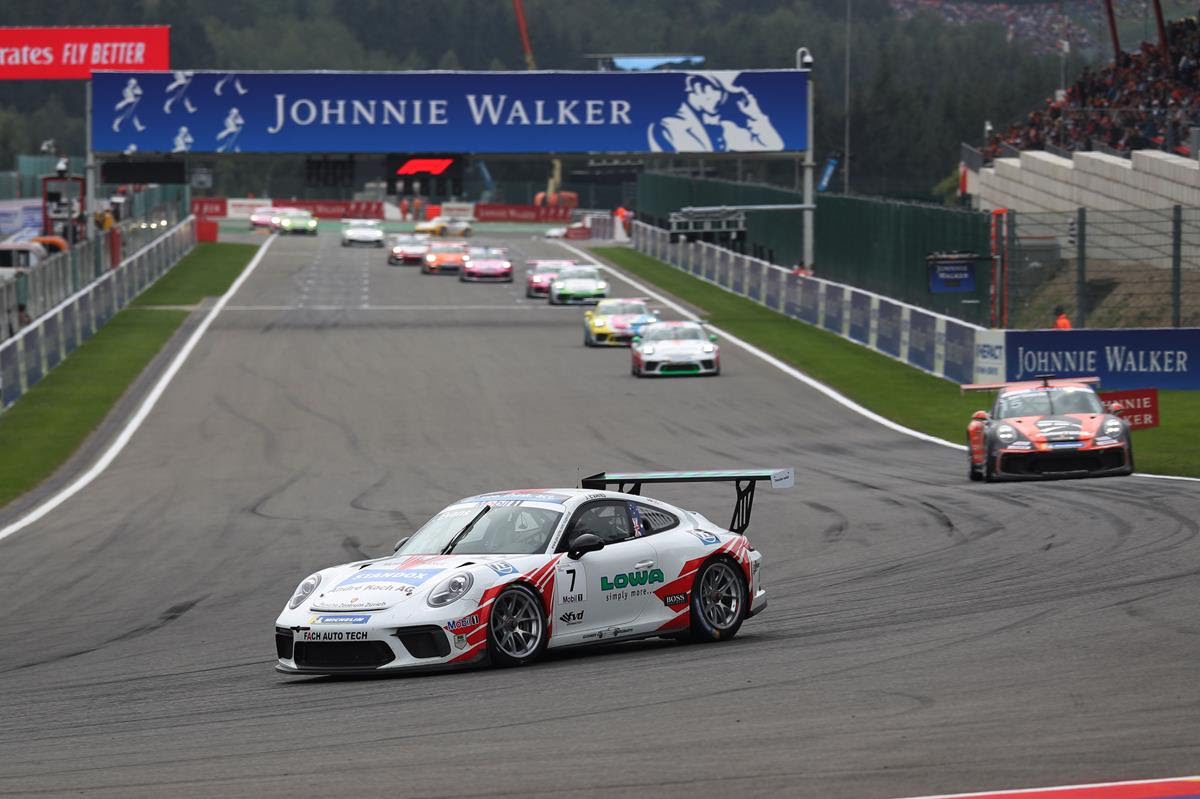 Jaxon Evans claimed his first podium finish of his debut season in Porsche Supercup as Dylan Pereira fought off Ayhancan Guven for victory at Spa-Francorchamps.

Pole-sitter Pereira led from start to finish, holding off a late charge from rookie Guven who recorded a third podium appearance.

Evans finished rose from fourth on the grid to finish third and claim his first silverware while Joey Mawson was the highest finisher for Team Australia in 11th.

Super2 racer Brenton Grove finished 20th ahead of his father Stephen in 29th while Marc Cini crossed the line in 31st.

Julien Andlauer leads the championship on a countback from Michael Ammermuller after they finished ninth and eighth respectively.

The series also moves on to Monza this weekend. Kobayashi made the race-winning move on Brendon Hartley at the two-hour mark shortly after rain passed through.

The #8 Toyota of Hartley, Kazuki Nakajima and Sebastien Buemi crossed the finish line only two seconds behind their stablemates, ahead of Rebellion Racing’s Nathanael Berthon, Pipo Derani, and Loic Duval.

Cool Racing won the LMP2 class by 49 seconds in fifth outright on its WEC debut, with only Nicolas Lapierre and Antonin Borga driving after Alexandre Coigny was injured during the ELMS race the day prior.

Matt Campbell was fifth in LMGTE Am in the Dempsey-Proton Porsche 911 RSR which he shares with Christian Ried and Riccardo Pera. 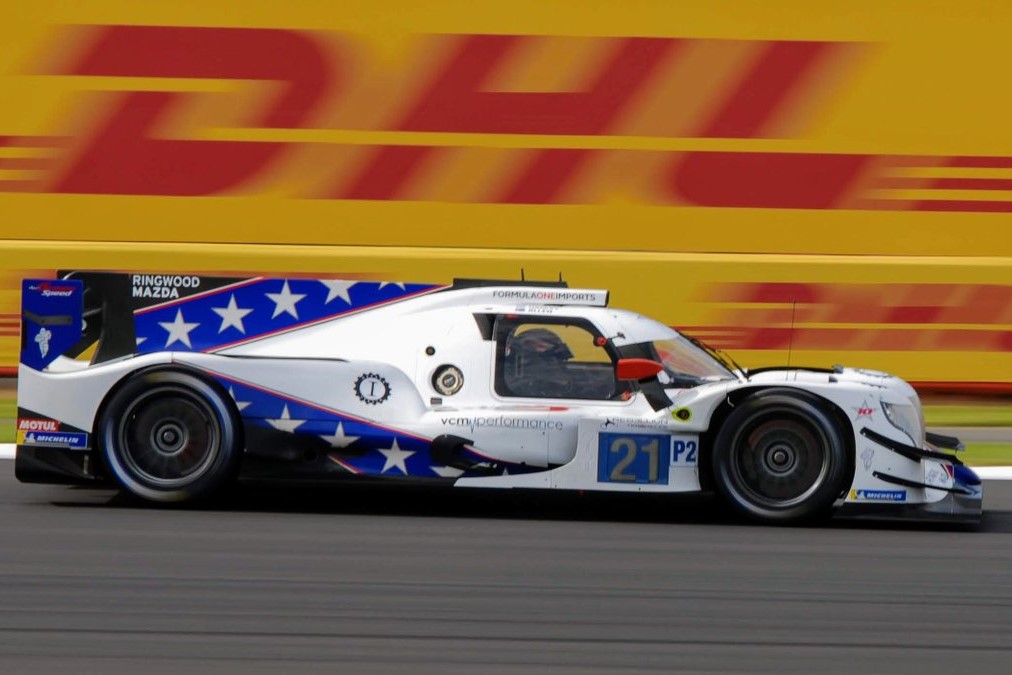 The #21 DragonSpeed trio of James Allen, Henrik Hedman and Ben Hanley missed out on the podium by 1.408s after finishing fourth in variable conditions at the 4 Hours of Silverstone.

Australian Allen led the field away from pole position on a track declared wet, and stayed out on slicks as several pitted for wets when rain started falling within five minutes.

The gambled failed to pay off and Allen spun, but Car #21 twice got back into the lead before Hanley needed a late pit stop.

They now hold a nine-point buffer in the championship with two rounds to go, the next being the 4 Hours of Spa-Francorchamps on September 20-22. Shae Davies and Tom Gamble finished 12th and 17th in their Team WRT Audi in Blancpain GT World Challenge Europe at the Nurburgring.

The former represented a fourth in Silver Cup, while in the latter they came from 26th on the grid.

Collard jumped up to third after his pit stop before taking control of the race when the leading WRT Audis made side-by-side contact into Turn 1.

Race 1 went to Marco Mapelli and Andrea Caldarelli in an Orange 1 FFF Racing Team Lamborghini, with both team and drivers leading the respective championships ahead of the World Challenge finale at the Hungaroring this weekend (September 6-8). 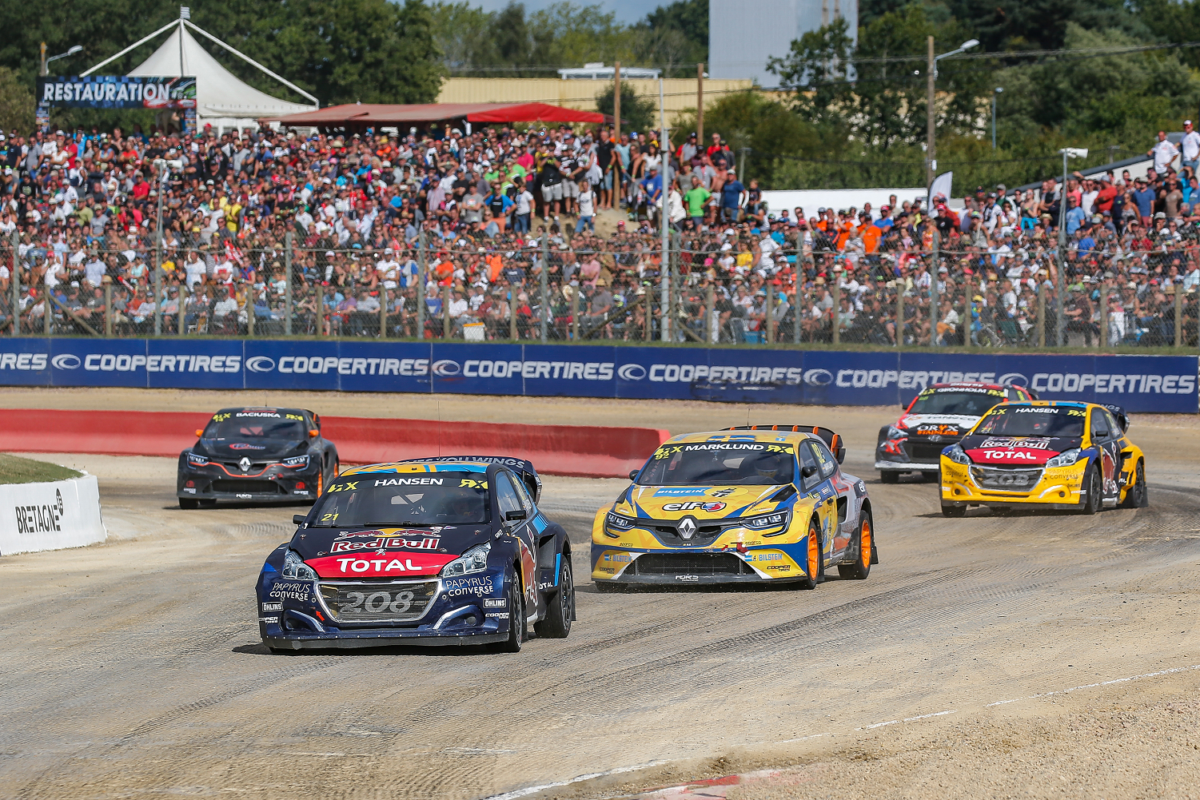 Timmy Hansen won the French round of the World Rallycross Championship, as Andreas Bakkerud took the championship lead with two rounds to go.

Hansen conceded pole position for the final to Bakkerud during the semi-final but gained the lead of the six-lap finale into the first corner as Bakkerud ran too deep.

The Swede held station at the front for the remainder of the race, claiming his third round win of the season.

Bakkerud finished the final in fifth, but strong results across the event place him two points in the lead of the championship with two rounds to go.

Both Hansen brothers, Kevin and Timmy, sit tied in second place with 158 points each.

The next round is in Latvia on September 14-15. Matt Brabham was triumphant in the second Stadium Super Trucks race of the weekend in Portland.

The 25-year-old was not able to capitalise in the first race, starting from sixth and finishing fifth, while two-time series champion Sheldon Creed was victorious.

Starting the second race out of fifth, Brabham had moved into third by the first competition Caution. On the restart, he rounded up Jeff Hoffman and Cole Potts for the lead.

Potts challenged for the lead on the final lap, but Brabham kept him behind and went on to win his fourth race of the year.

Brabham currently leads the Stadium Super Trucks title fight as they enter the final stages of the season, with the next round on the Gold Coast on October 25-27.