Power wins, Dixon’s title hopes all but over

Power wins, Dixon’s title hopes all but over 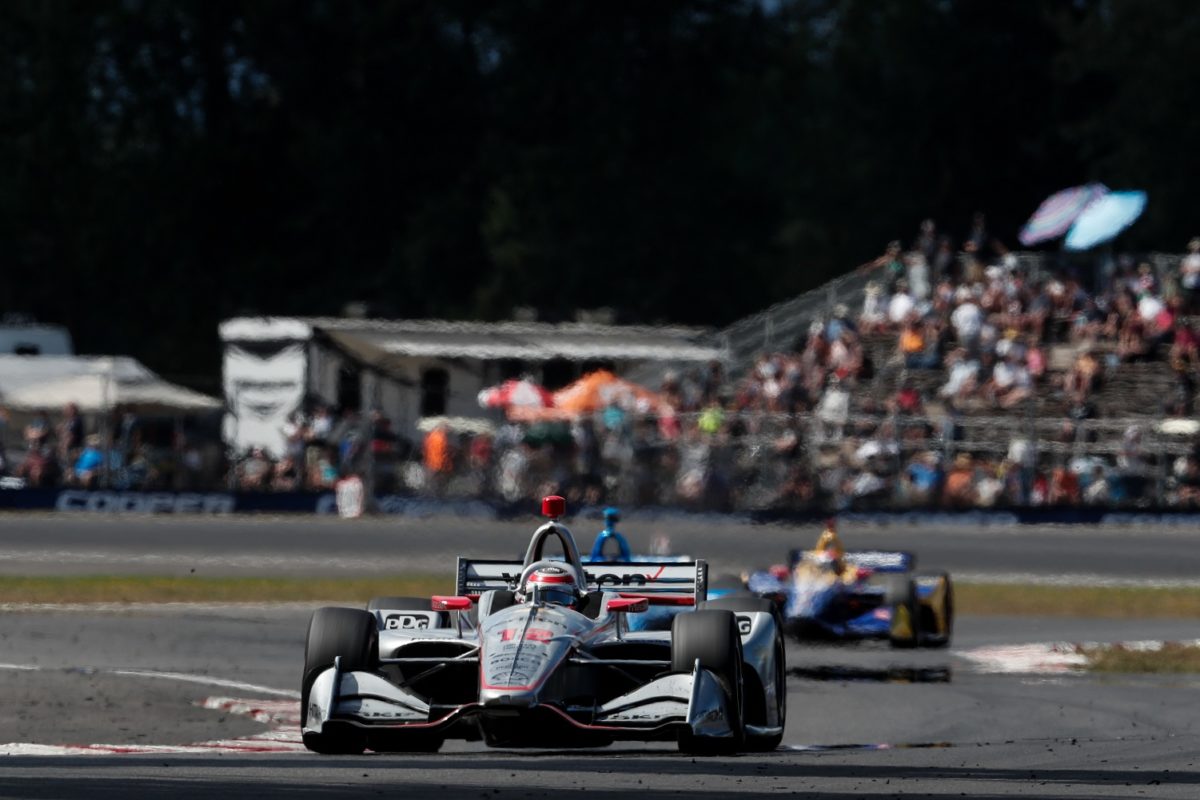 Will Power has won the penultimate IndyCar race of the season at Portland after Scott Dixon suffered a battery problem while leading.

Colton Herta led the first 36 laps from pole position but was wanting for tyre life when he was overtaken by Dixon on Lap 37.

Power dropped from second to fourth when he tried to attack Herta through the opening complex, before regaining a spot from Jack Harvey (#60 Meyer Shank Racing w/ SPM Honda) when the race restarted after a Lap 1 Caution.

The Queenslander was also able to pick off Herta as a consequence of Dixon’s move, with the Chip Ganassi Racing driver and Team Penske driver remaining first and second respectively once pit stops shook out a few laps later.

Dixon was around three seconds to the good when his #9 Honda slowed on Lap 52 and he was ultimately classified 16th having dropped three laps due to the drama.

The New Zealander’s team-mate, Felix Rosenqvist, remained a threat to Power with his #10 Honda on alternate compound tyres and the #12 Chevrolet in font on primaries.

However, Power moved the gap between them from less then a second to over three by the time he pitted for a second time on Lap 73.

Rosenqvist was into the lane a lap later and took up second position again, with Power still around three seconds to the good until a Caution came with eight laps remaining when Santino Ferrucci stopped on track in the #19 Dale Coyne Racing Honda.

Power not only survived the restart with four laps to go but put almost half a second on Rosenqvist in one lap alone.

He comfortably took his second victory in three races, having previously been winless in 2019, and 37th of his career.

Behind Rosenqvist, Alexander Rossi moved up to second in the series by greeting the chequered flag in third in the #27 Honda, having twice barely escaped being caught up in others’ collisions early in the race.

The Andretti Autosport driver trails Josef Newgarden by 41 points after the Team Penske man came from 13th on the grid to fifth in the #2 Chevrolet.

Newgarden’s points lead actually grew by three because team-mate Simon Pagenaud finished seventh after his #22 Chevrolet copped a hit in the mess which caused the first Caution.

Dixon is 85 points from top spot with the finale at Laguna Seca on September 20-22 (local time).