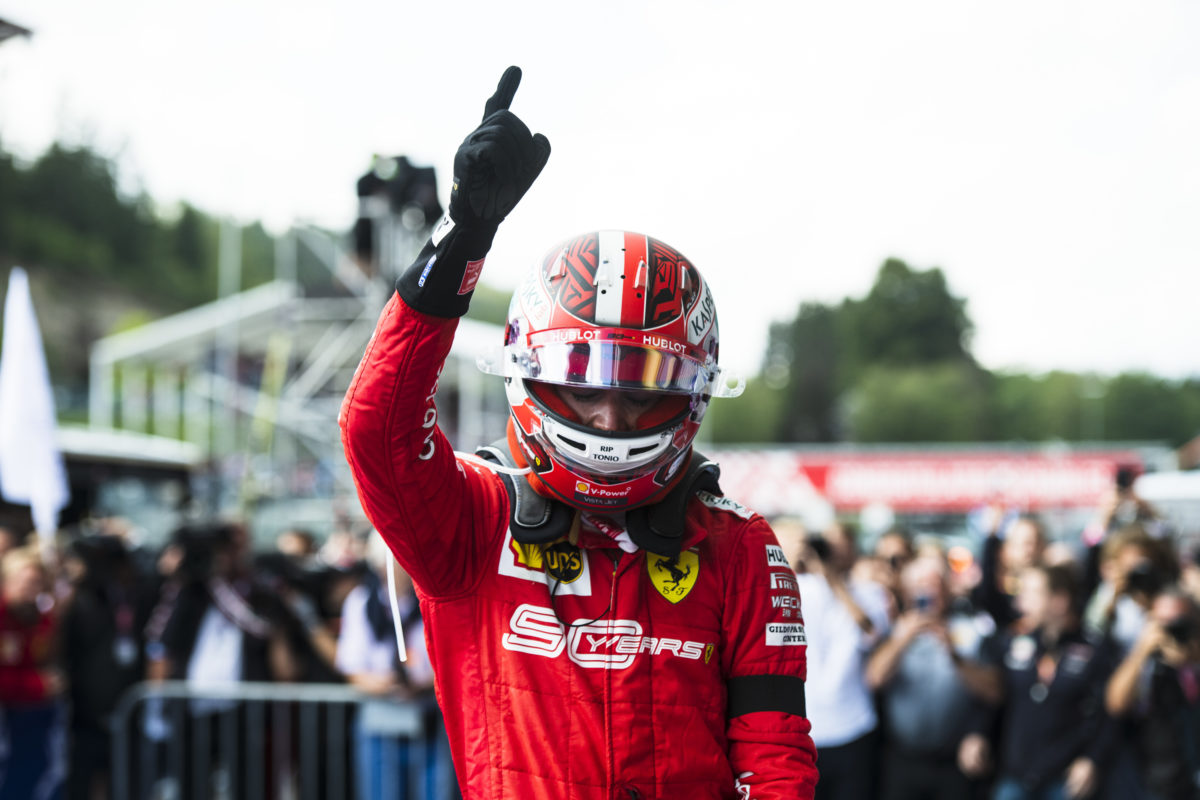 Charles Leclerc has reflected on the mixed emotions of winning a Formula 1 grand prix for the first time a day after the death of friend Anthoine Hubert.

Leclerc qualified on pole for the Belgian Grand Prix and went on to take victory at Spa-Francorchamps despite a late threat from Lewis Hamilton.

Almost as soon as he took the chequered flag, the Ferrari driver’s thoughts turned to the tragedy, stating on his radio, “It is for Anthoine, it feels good but difficult to enjoy on a weekend like this.”

The podium presentation was similarly subdued, with drivers refraining from the customary champagne spray.

“On one hand, I have got a dream I’ve had since being a child that has been realised,” said Leclerc, the Monegasque who came up through the karting ranks with Frenchman Hubert.

“On the other hand, it has been very a difficult weekend since yesterday. We have lost a friend first of all. It is very difficult in this situation.

“I would like to dedicate my first win to him. We have grown up together. My first ever race I did with Anthoine when we were younger, there was Esteban (Ocon), Pierre (Gasly)…

“It is just a shame what happened yesterday. I can’t enjoy fully my first victory but it will definitely be a memory I will keep forever.”

Leclerc was more than six seconds up the road from Hamilton when the championship leader eventually got by Sebastian Vettel in the other Ferrari.

With the Mercedes seeming to hold onto its tyres better, Hamilton closed the gap rapidly in the final laps and crossed the finish line less than a second behind the winner.

“It (was) a very difficult race, we have been struggling quite a bit with the tyres towards the end, but a lot happier than what I have done in Budapest (last round) on my side,” said Leclerc.

“I’ve managed the tyres better but Mercedes were very quick in the race and we expected it yesterday but it’s a good weekend performance-wise – pole position and the first victory – so with that I’m quite satisfied.”

Leclerc now sits 12 points behind Vettel in fifth in the championship.

Ferrari’s home round, the Italian Grand Prix, takes place this coming weekend with Practice 1 at Monza starting on Friday at 1900 AEST.