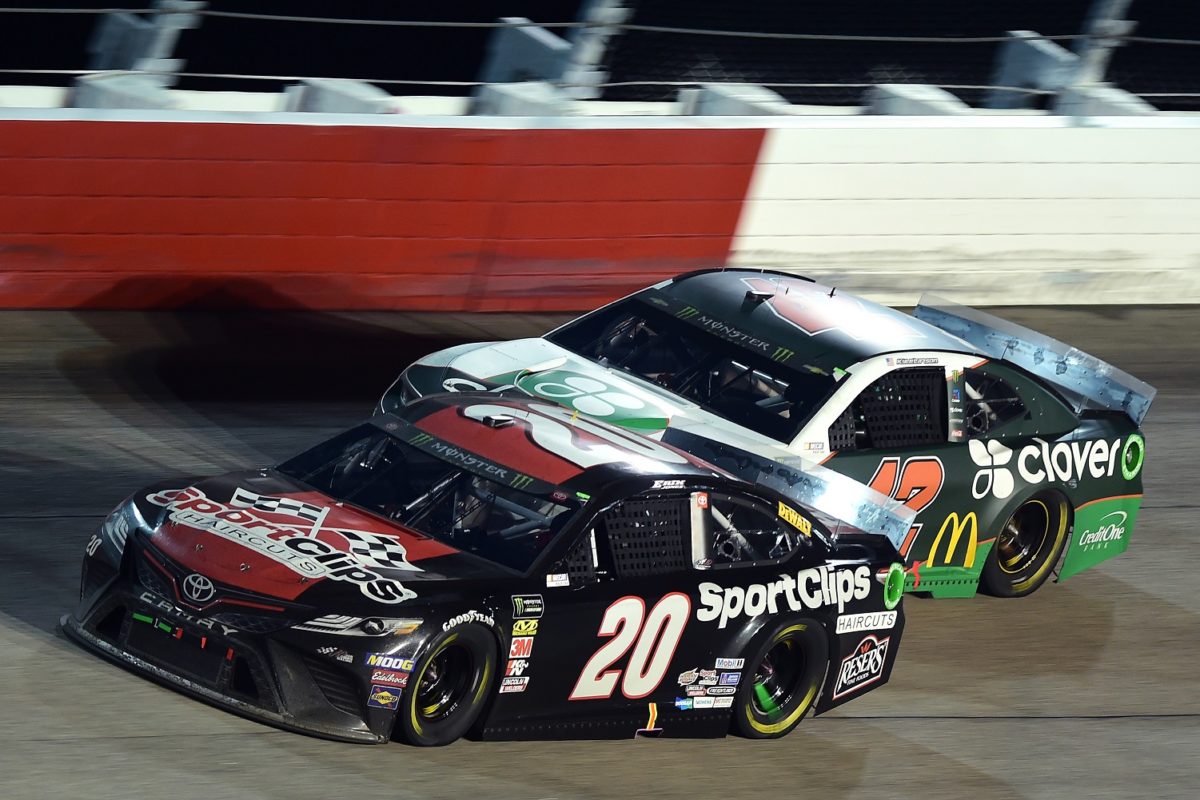 Erik Jones has seen off a challenge from team-mate Kyle Busch to win a Darlington NASCAR race delayed by almost four hours due to rain.

Jones took the chequered flag just before 0200 local time with four seconds between his #20 Joe Gibbs Racing Toyota and the chasing pack after taking the lead on Lap 283 of 367.

He finished Stage 2 in fourth position and ran second for half of the final stage, including when he emerged from the pits under the final Caution.

Upon the restart, he needed two laps to prevail in a dice with Kyle Larson for the lead while Busch, who won the second stage, sat third.

Busch took up second position after the final pit stops, right behind Jones, but hit the wall twice in the last two laps.

Larson seized second and Busch finished a distant third, with Kevin Harvick and Brad Keselowski rounding out the top five.

Busch’s series lead over Joey Logano is 64 points after the Team Penske driver ended up a lap down in 14th.