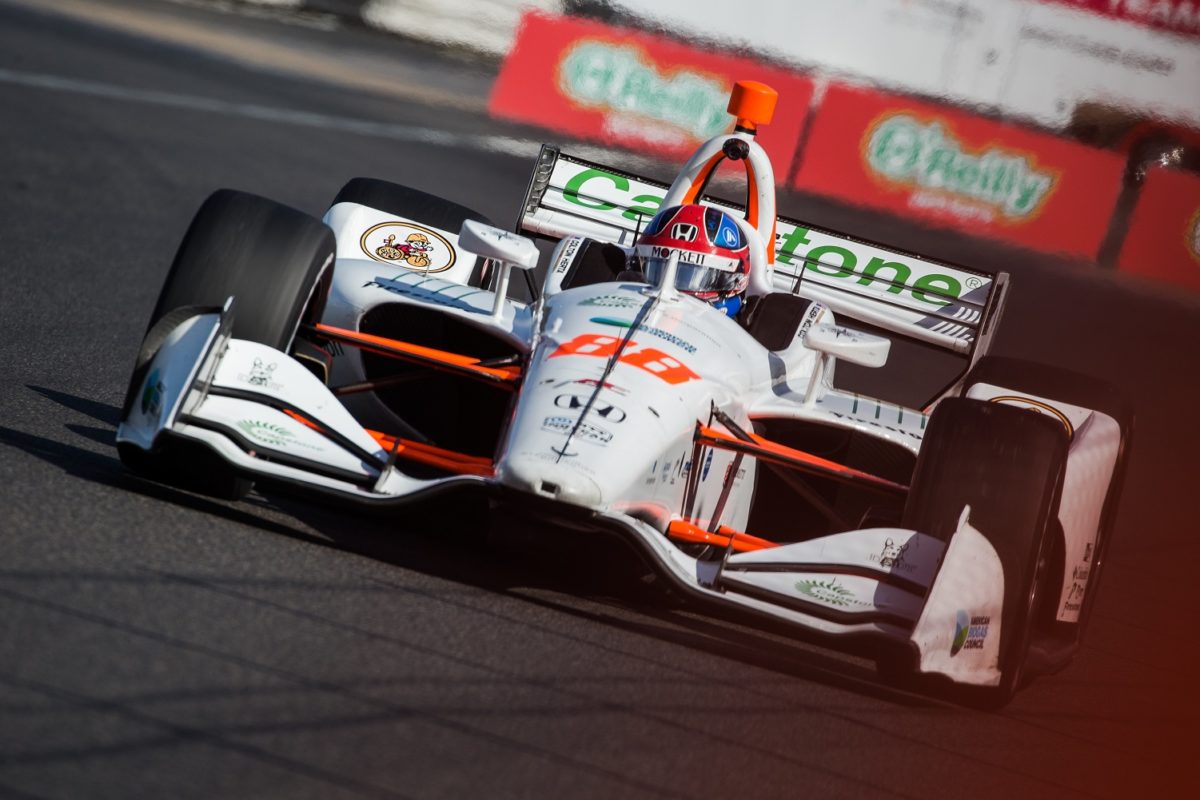 Colton Herta has taken pole position for the penultimate IndyCar race of the season at Portland, edging out Will Power by less than two hundredths of a second.

Power took his #12 Team Penske Chevrolet to the top in the latter stages of the Fast Six with a 57.8303s despite flatspotting his right-front at the start of his only run of the stanza.

Herta, who Power had just unseated from first position, then laid down a 57.8111s in the #88 Harding Steinbrenner Honda.

Scott Dixon, who is now an outsider in the title race, was best of the top four in the standings in putting the #9 Chip Ganassi Racing Honda in third on the grid.

Newgarden had a messy run in Group 1 in his #2 Chevrolet and missed the cut by 0.0163s, but Pagenaud was two tenths away from the Group 2 top six in the #22 Chevrolet.