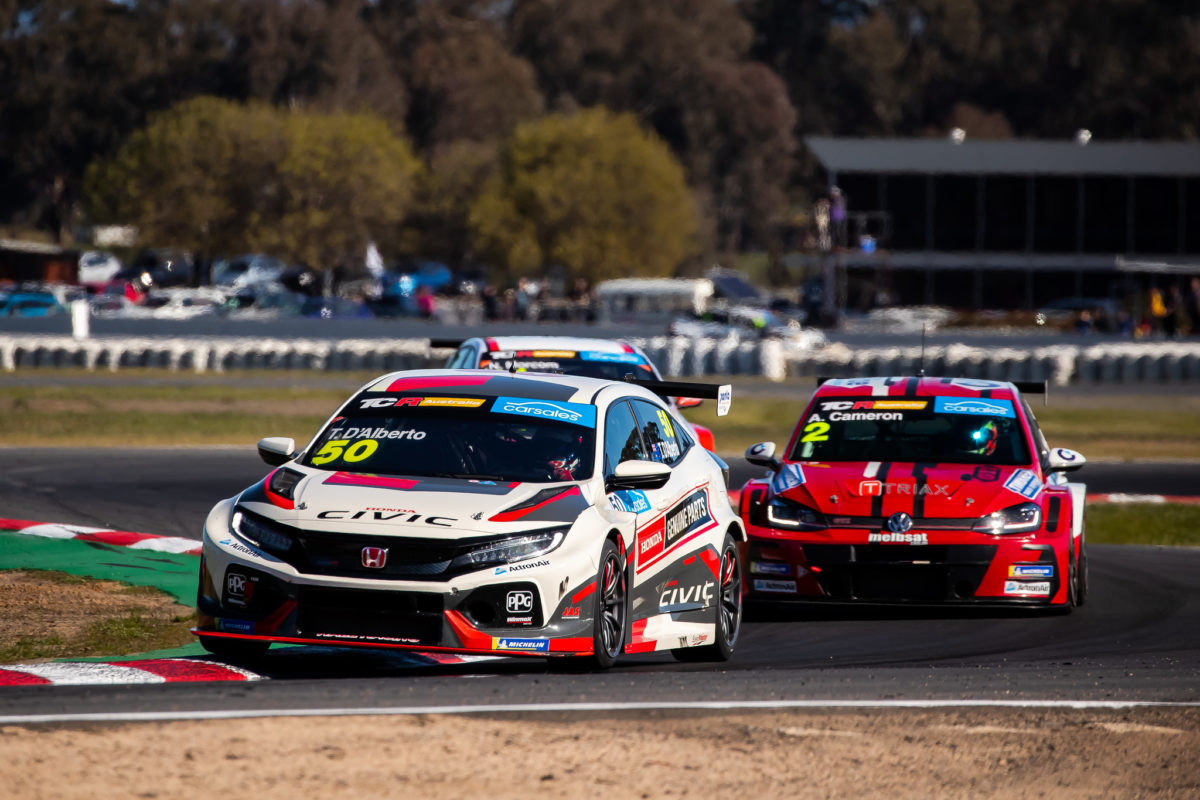 Tony D’Alberto drops from fourth to sixth after a penalty

Stewards have issued penalties to Tony D’Alberto and Alexandra Whitley for separate incidents during TCR Australia Round 5 Race 1 at Winton Motor Raceway.

Wall Racing’s D’Alberto has been slapped with a five-second penalty demoting him from fourth to sixth in the results.

The Honda Civic driver was penalised for his part in contact with Nathan Morcom.

As a result, HMO Customer Racing’s Morcom has been classified in fourth position with Aaron Cameron (Melbourne Performance Centre, Volkswagen) in fifth.

Meanwhile, Whitley has copped a 30-second penalty for contact with Leanne Tander which sees the Alliance Autosport Volkswagen Golf driver drop from 12th to 13th in the results.

“I just completely out-braked myself and ran into the back of Leanne,” said Whitley.

“It was unfortunate for her, I really didn’t want to do that and sort of stuffed her race.

“Obviously we got a penalty. It’s a little bit disappointing because we know we could have been further up.”

Race 1 was taken out by Alliance Autosport’s Jason Bright.

The series continues this afternoon with a further two 17 lap races.