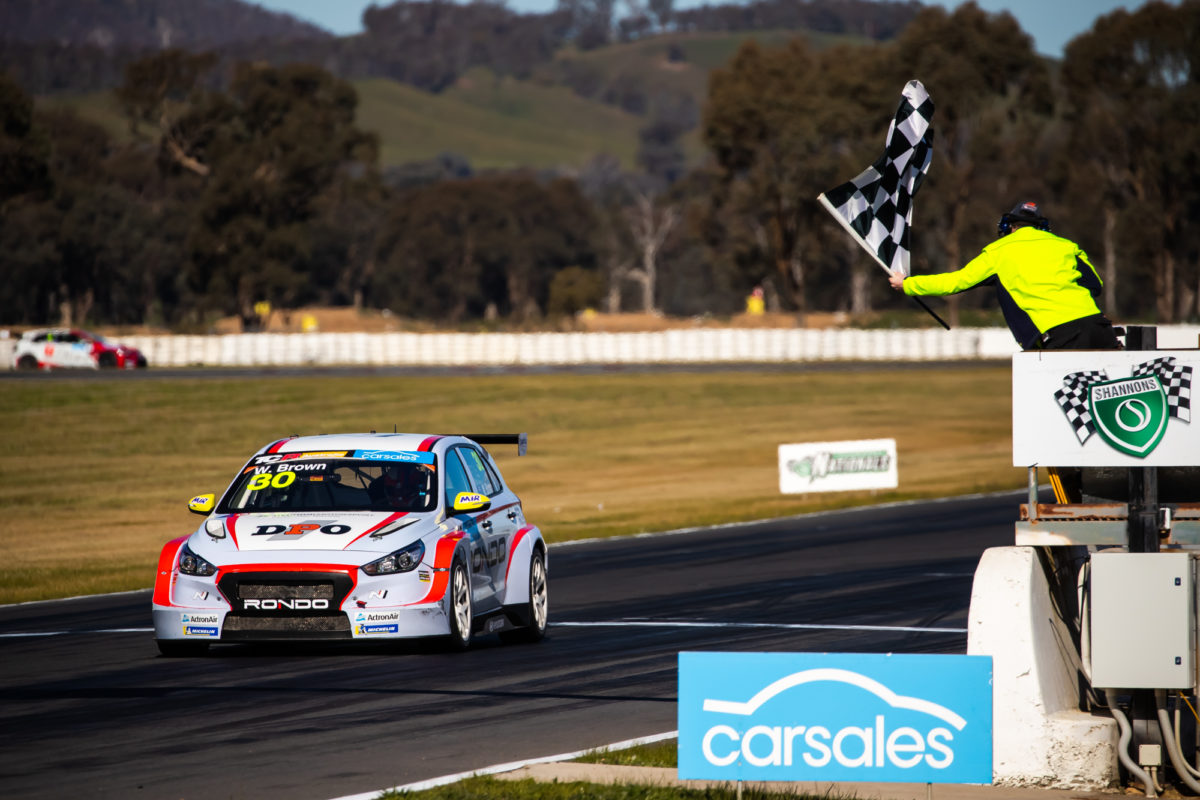 Will Brown takes the win

Will Brown picked up his sixth victory of the season after a faultless light-to-flag drive in TCR Australia Race 3 at Winton.

The series leader didn’t put a foot wrong in the 18 lap encounter as the HMO Customer Racing Hyundai driver marched away from the field.

In the end, the young gun took the chequered flag by 10.7s to further stamp his authority on the series, moving into a 116 points lead.

Brown made no mistakes in what was a chaotic start as Jason Bright stalled his Alliance Autosport Volkswagen Golf forcing the field behind to react to avoid the slow moving car.

The frantic start allowed Cameron to move into second while Ingall leapt from fifth on the grid to third with Tony D’Alberto (Wall Racing, Honda) fourth,

Jordan Cox occupied fifth but was all over the rear wing of D’Alberto before trying to pass the Honda at Turn 1 on lap 2, which resulted in the Alfa Romeo driving spinning to the exit of the corner.

This promoted Liam McAdam (Melbourne Performance Centre, Audi) to fifth having marched from 10th to sixth position on the opening lap.

However, McAdam’s charge came to an unfortunate end when the TCR Australia debutant ran off the road on his own at the final corner on lap 6, clouting the pit wall in the process.

While Brown continued to break away from Cameron and Ingall, Morcom began to reel in D’Alberto before passing the Honda with a bold move into Turn 1 on lap 12.

But at the front, once again there was no touching Brown who took the win from Cameron and Ingall.

Morcom brought his Hyundai home in fourth ahead of D’Alberto and his Wall Racing Honda team-mate John Martin.

TCR Australia heads to Sandown for the penultimate round from September 20-22.