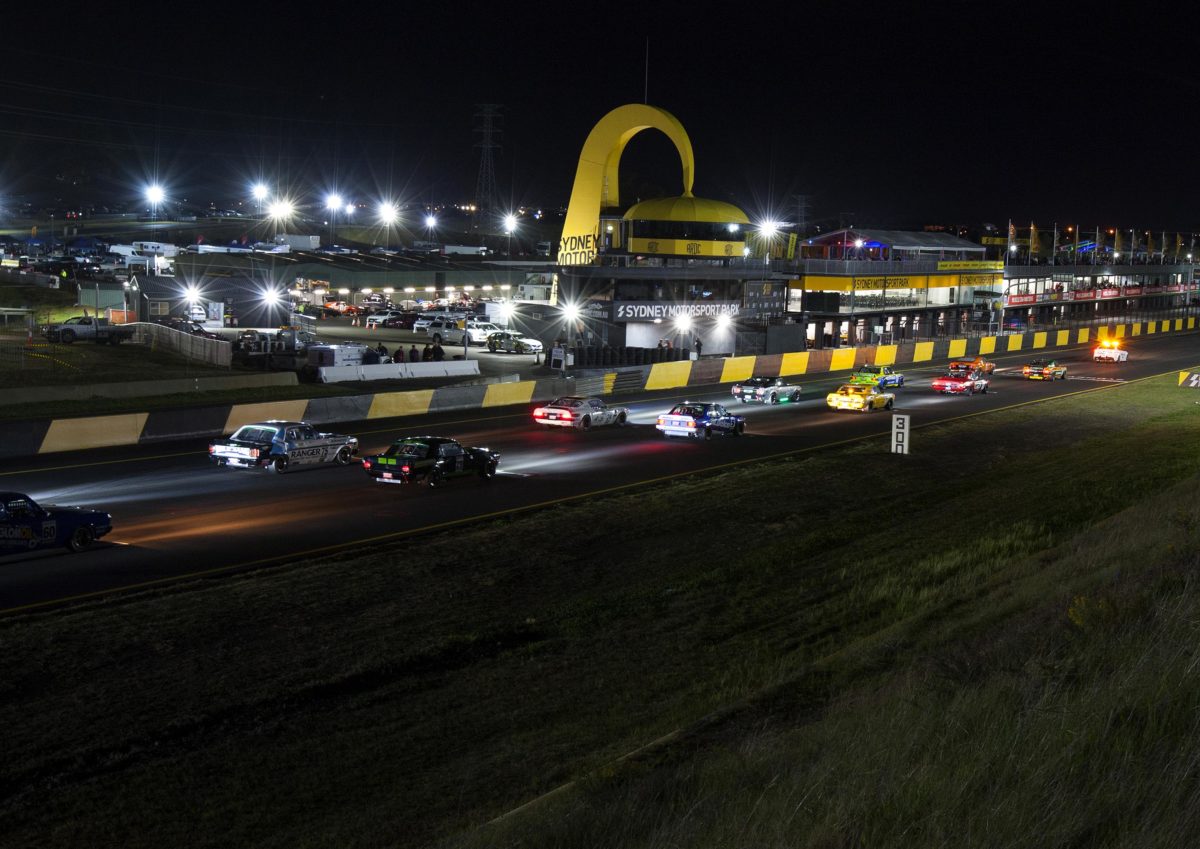 The Ford Mustang driver was challenged for the lead early on by a quick starting Ryal Harris (Chevrolet Camaro) in fourth, as the field converted to the shorter Druitt (North) Circuit for the special six-lap race.

Seton however was too strong for the field, setting a new lap record twice (1:06.5920) on his way to take the chequered flag 4.9058s ahead of Harris in second place.

Steve Johnson (Mustang) completed the podium after starting second alongside Seton at the start of the race.

Adam Bressington (Camaro) finished fourth ahead of Cameron Mason (Mustang) who rounded out the top five.

John Bowe was a notable absentee from the field after his Holden Torana SL broke a rocker on the opening lap of the stand-alone 10-minute qualifying session earlier in the evening.

Action resumes tomorrow with Race 15 of the series starting at 1015 AEST.