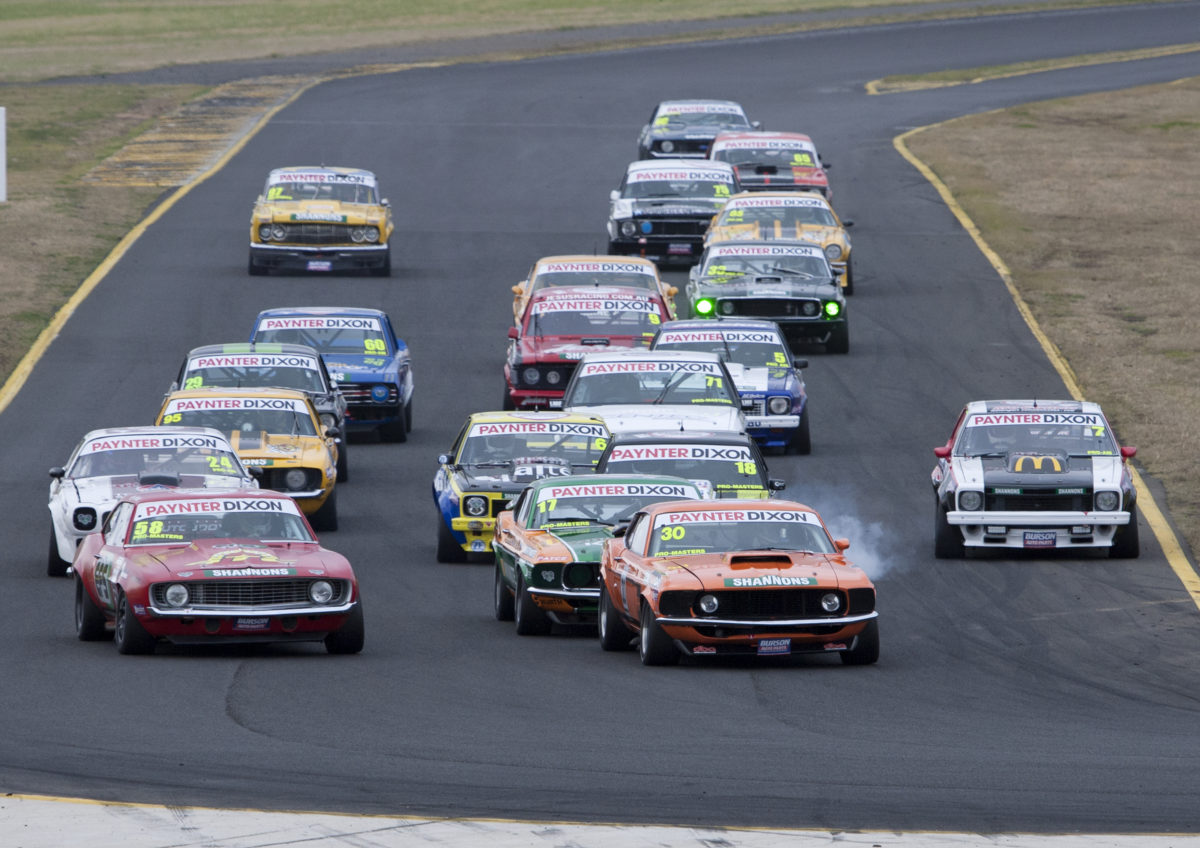 Meanwhile, Cameron Mason took his second career victory during the Trophy Race earlier in the afternoon.

Mason piloted his Ford Mustang to the Dometic Trophy Race victory for the second successive time.

The Novocastrian caught and passed Cameron Tilley (Valiant Pacer) on Lap 4 after starting from fifth on the grid.

A charging drive from John Bowe saw the multiple series winner finish second at the end of the six laps. He powered his Holden Torana through the field in the opening stages of the modified grid race to sit seventh by the end of Lap 1.

The experienced TCM driver also set a new lap record (1:41.1744s) in his stride as he scythed his way to the podium.

Front-row starter Tilley managed third after leading the race early on with a strong start off the line. He struggled to keep pace with Mason and Bowe, falling behind the duo with two laps to go.

Seton, in a Ford Boss Mustang, ultimately starred in the category’s 300th race which was ultimately a one-lap dash due to a lengthy Safety Car intervention.

While battling with Tilley on the opening lap, the pair made contact, leaving the Falcon with broken suspension and sending Fisher hard into the wall at Turn 4.

The Jesus Racing driver was transferred to the medical centre for precautionary checks as marshals worked to removed the stricken car from the wall.

Seton had held the lead from pole position while Johnson (Ford Mustang) prevailed over Harris in an intense Lap 1 battle for second spot which proved decisive when the race did not restart.

The cars return to the circuit later tonight under lights for the inaugural night time qualifying session and race starting from 1905 AEST.