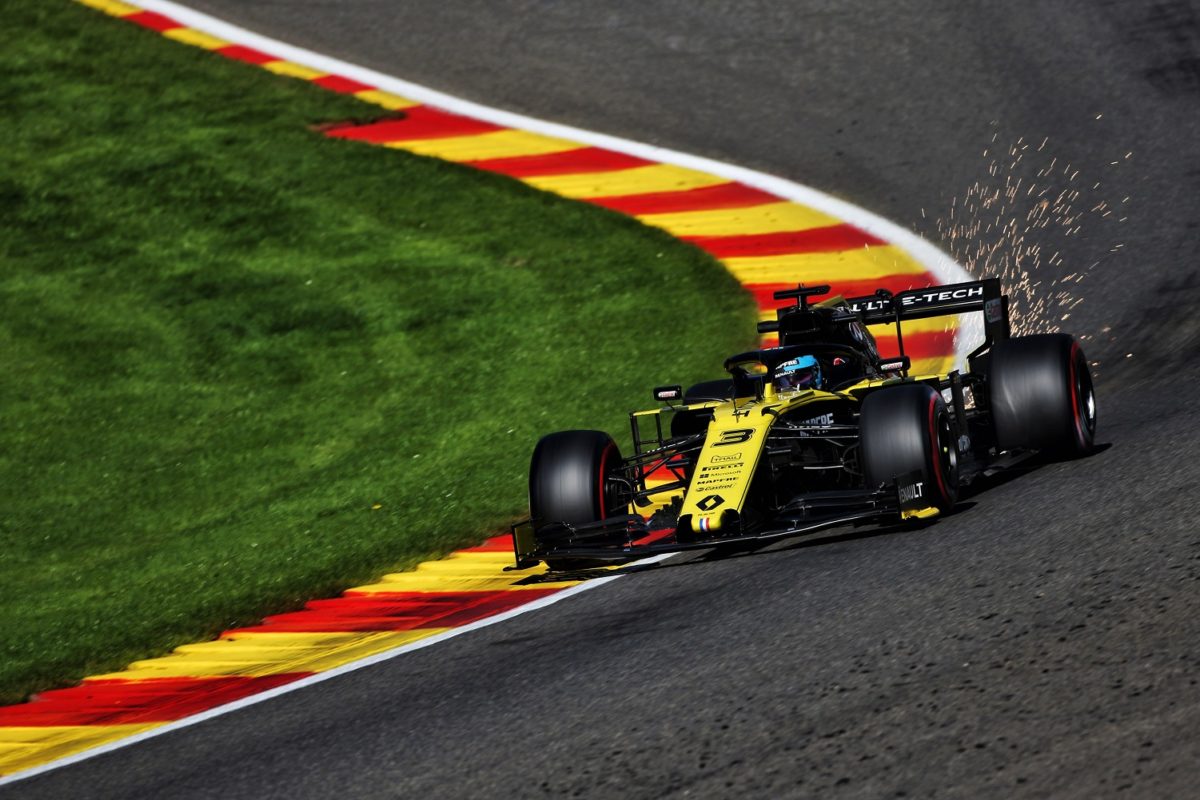 Daniel Ricciardo says that he will push to make Q3 at the Belgian Grand Prix despite the five-position grid penalty hanging over his head.

Ricciardo and team-mate Nico Hulkenberg have each been served the penalty given that the Renault F1 Team has opted to fit new-specification internal combustion engines (ICE) to both of its cars at Spa-Francorchamps.

As such, both of the factory Renaults are likely to start Sunday’s 44-lap race from outside of the top 10 even if either gets to the final phase of qualifying.

While making Q3 would present a strategic disadvantage given that such cars must start on the tyres on which their fastest Q2 lap was set, Ricciardo believes that it is better to push for the best starting berth anyway.

“I don’t know, I think if we do get the chance to get inside Q3 then maybe we could be seventh as opposed to 11th and then it’s obviously four positions better than we would start regardless of the penalty,” observed the West Australian.

“I think, to be honest, we’ll try and qualify as far up as we can and minimise the damage we’ve got.”

Renault has opted for its Spec C ICE this weekend, which it says will yield “minor upgrades to reliability and performance”.

Ricciardo, who was eighth and ninth in Friday’s two practice sessions at around 1.9s and then 1.6s off the pace, says it is too early to tell how much of a step the new element is.

“It was alright” he stated.

“Everything ran pretty well, everything was smooth, so I was pretty happy with it.

“We didn’t give it everything it had today, so I couldn’t probably tell you know if it’s a lot better or not but it all seemed to do everything it needed to, and it was nice to be back behind the wheel.”

Renault did strategically give Ricciardo a full set of new power unit elements when he qualified only 18th for the last race, in Hungary, meaning that this weekend’s ICE-related penalty is his second of the season and therefore worth only five positions instead of 10.

While he thinks his penalty will put the Racing Points out of sight, after the pace which Sergio Perez and Lance Stroll showed in Friday practice, Ricciardo considers himself a chance of being next best in the midfield.

“That’s (grid penalty) obviously going to push us probably out of that initially, but I think (Friday) was a pretty good day,” he recalled.

“It’s all, as always, close in the midfield but I think we have a pretty good package and I think we can find some more (tonight).

“As much as what maybe Perez showed today, I don’t know, that was pretty strong.

“He was on, but both Racing Points were good, so maybe they’ll have a bit of an edge this weekend but I would like to think that we have the next best kind of set-up and chance out of the others.”