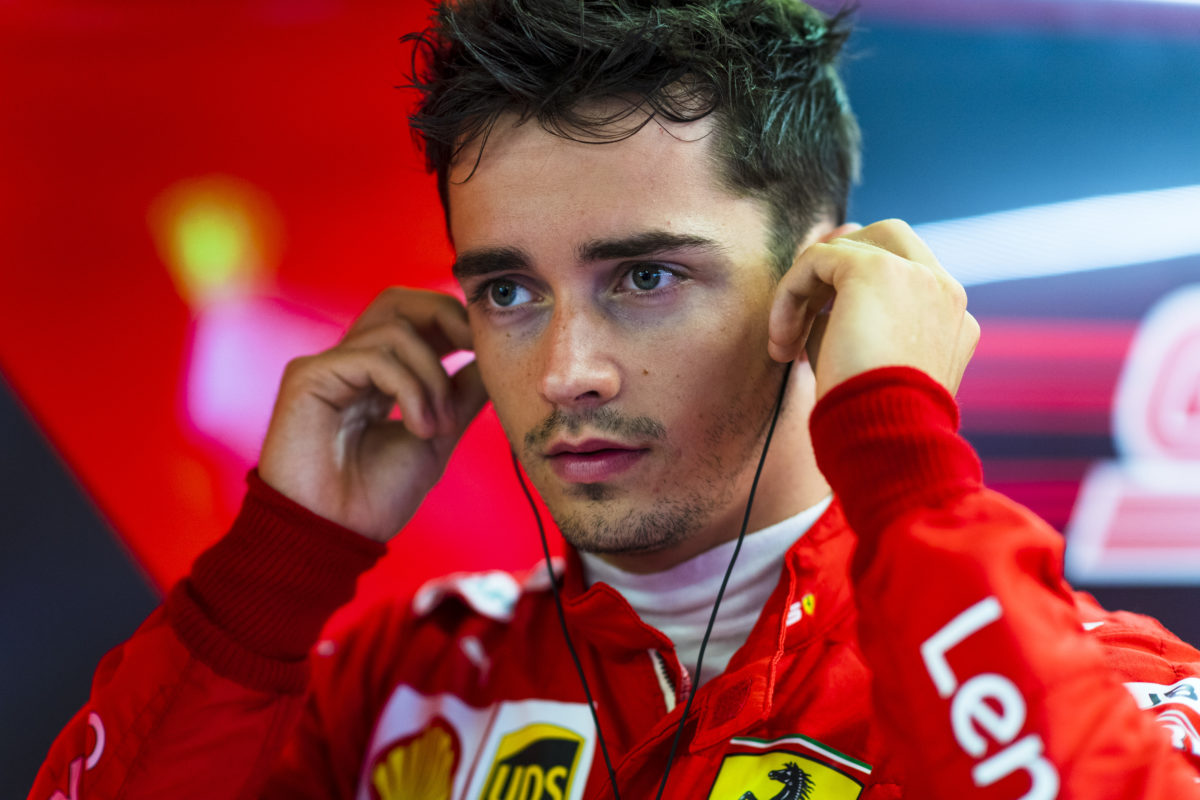 The Ferraris set the pace on Friday at the Belgian Grand Prix with Charles Leclerc heading team-mate Sebastian Vettel on the day overall.

Vettel had topped Practice 1 and while the Mercedes ran on a different program in the earlier of the two 90-minute sessions, the Scuderia maintained a handy margin over the field in Practice 2.

In the end it was Leclerc with a 1:44.123s which was the benchmark, while Vettel’s personal best remained the 1:44.574s with which he topped the timesheet in the first session at a sunny Spa-Francorchamps.

The latter was nevertheless second quickest in Practice 2, 0.630s slower than Leclerc, with Valtteri Bottas 0.846s away and Lewis Hamilton another 0.046s slower again in the second of the Mercedes.

Leclerc had held top spot after the initial medium tyre runs in Practice 2 with a 1:45.377s which saw him 0.017s clear of Red Bull Racing’s Max Verstappen when the session went into a lull around the half-hour mark.

Vettel got down to a 1:44.753s when he bolted on a set of soft compound tyres, which is the C3 compound this weekend, before Sergio Perez momentarily took up second position in his Mercedes-powered Racing Point entry.

He was quickly usurped by his factory counterparts when Bottas went to second and Hamilton third, only for them to be shuffled back by what would be the best time of the day, when Leclerc set the fastest first and third sectors in the 41st minute.

Perez remained fifth fastest thereafter, although his session ended on a sour note when he had to pull off with smoke coming from his car in the final four minutes, bringing about a slightly early conclusion to proceedings.

Verstappen’s best effort was his very first, although the 1:45.394s which left him sixth was set on medium compound tyres.

The Dutchman did subsequently run on soft tyres but could not piece a clean lap together with them.

The Australian faces a grid penalty due to taking a new-specification internal combustion engine this weekend, although it should be noted that the penalty is only five positions having already copped his first for such a change last time out in Hungary, which incurred 10 spots.

In Practice 1, Vettel was 0.214s faster than Leclerc, with Verstappen third and Albon fourth courtesy of a faster lap than his best in Practice 2.

The Mercedes were each around 1.3s adrift although Bottas and Hamilton were the only drivers who spent the duration of the session on medium compound tyres.

Hamilton’s running was also interrupted by a throttle sensor issue and a loss of telemetry.