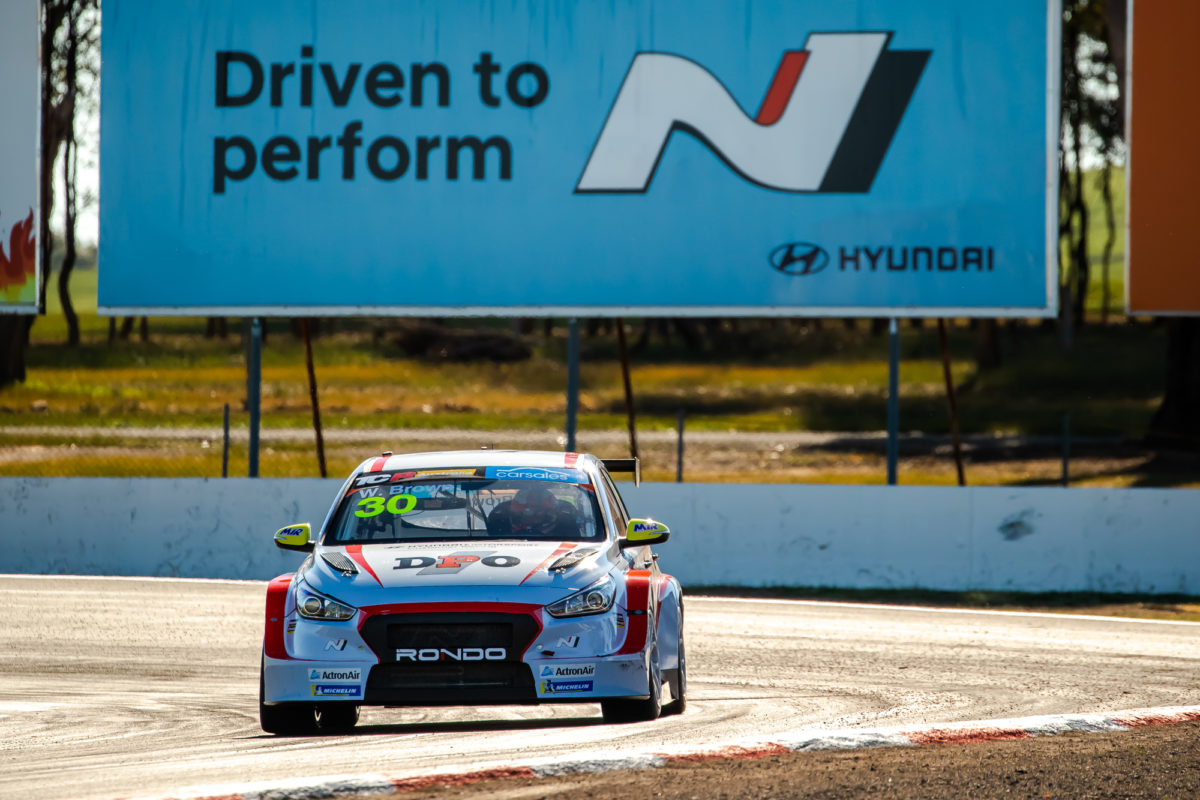 TCR Australia Series leader Will Brown set the pace in a practice session that was red flagged twice at Winton Motor Raceway.

The HMO Customer Racing Hyundai driver was perched at the top of the timesheets for the majority of the session, enjoying a 0.8s gap over the field until the final minutes of the truncated hit out.

Brown posted a personal best 1.25.14s effort before the halfway mark which stood until the chequered flag.

John Martin proved Brown’s nearest rival as the Wall Racing Honda driver set a string of fast laps in the final 10 minutes to close within 0.13s of the Hyundai.

Jason Bright completed the top three in the Alliance Autosport Volkswagen Golf having been on the pace from the outset.

The session was not without incidents with several cars running off the road, the most serious involving Leanne Tander (Melbourne Performance Centre Audi), and title contender Dylan O’Keeffe (Ash Seward Motorsport, Alfa Romeo).

Tander backed into the barriers at Turn 6 causing the first red flag with 20 minutes remaining.

Just moments after practice resumed it was halted again when O’Keeffe nudged the wall at the same corner.

Jordan Cox was seventh fastest in the Garry Rogers Motorsport Alfa Romeo, while Tander was eighth despite her off-track excursion.

The top 10 was rounded out by TCR Australia debutant Tim Brook in the #38 Wall Racing Honda ahead of team-mate Tony D’Alberto.

O’Keeffe wound up in 11th spot following his moment at Turn 6.

The 19-car field will return for qualifying at 1130 AEST.