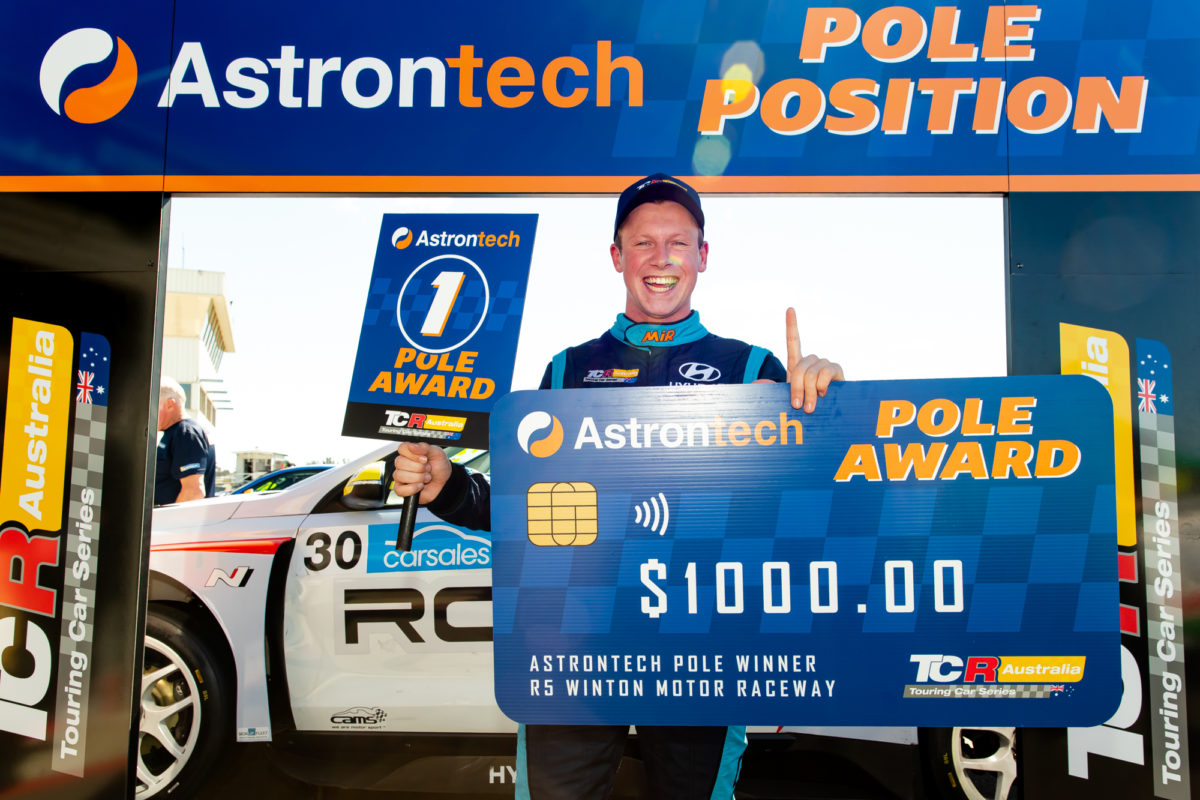 Will Brown produced a blistering effort to claim pole position for the opening race of TCR Australia Round 5 at Winton.

Brown shot to the top of the times early in the session with a 1:24.79s before going on to shave seven-tenths from that effort with a personal best posted in the final 10 minutes.

At the time, Brown had a 0.4s advantage over the rest of the field and decided to park his HMO Customer Racing Hyundai i30 having used both sets of fresh rubber.

However, Brown’s time stood the test of time to secure his first pole position for Hyundai.

“I don’t normally get pole I normally get second or third, that is what I’m good at, but that is awesome,” said Brown.

“I’m really happy and to get our first pole, it is good. The boys can buy some beers with the pole cheque.”

In the end, Martin had to settle for third with the Honda set to share the second row with Brown’s title rival O’Keeffe, who shot to fourth with his final lap.

Tony D’Alberto ensured there was a second Wall Racing Honda inside the top five, while Bright slid down to sixth in the Golf.

Both Garry Rogers Motorsport Renault Meganes looked to threaten early in the session before fading in the final runs.

James Moffat will start from 11th while team-mate Chris Pither could only manage 14th spot.