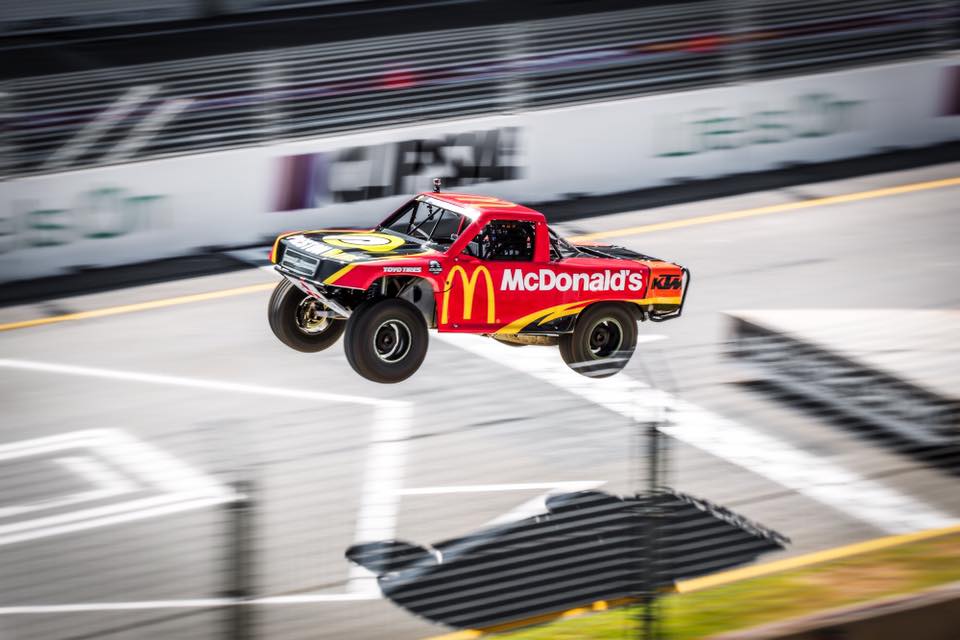 Price will be on double duty at the event with confirmation also that he will be back in one of the factory-backed Team Triton SuperUtes on the glitter strip, having again run part-time in that series in 2019.

The 32-year-old is no stranger to Stadium Super Trucks, with previous starts in the category at the Adelaide 500, Gold Coast 600, and Toronto IndyCar event.

His last outing in SST was in the South Australian capital in 2017, while the jumping trucks will be back in action in Australia off the back of the Confederation of Australian Motor Sport lifting a ban on the category over safety concerns.

“I’m super stoked that the category is back on Australian soil,” said Price, whose entry will be backed by the series’ sponsor in Australia, Boost Mobile.

“Every time I get behind the wheel of one it’s such a good time and the crowd always loves the show.

“A massive thanks to Robby Gordon (founder) and Nathan Cayzer (Australian organiser) for all the hard work they have put in to get the trucks back for on track for this year’s Gold Coast 600.”

Gordon paid tribute to the skill and toughness of Price, who is this weekend back in motorcycle competition for the first time since his gruelling second Dakar triumph.

“Toby is an incredible talent and having seen him racing first hand in Dakar it’s no surprise to see that he has won the event twice,” said the fellow SST competitor.

“I’m sure he’ll be at the pointy for a long time, his mental strength and determination for success is as good as anyone I’ve raced with, or against.

“For the Boost Mobile Super Trucks Series to have a competitor and world-renowned sports person like Toby race with us, I couldn’t be happier.”

Boost Mobile boss Peter Adderton added: “Toby’s talent goes without question, what he has been able to achieve on two wheels has been incredible.

“He is not only a talented rider and driver he is also a great person and a proud Aussie.

“Having watched Toby full throttle during his Dakar wins and having seen him battle (Sheldon) Creed and other Super Truck drivers over the years, you know he doesn’t hold back.”