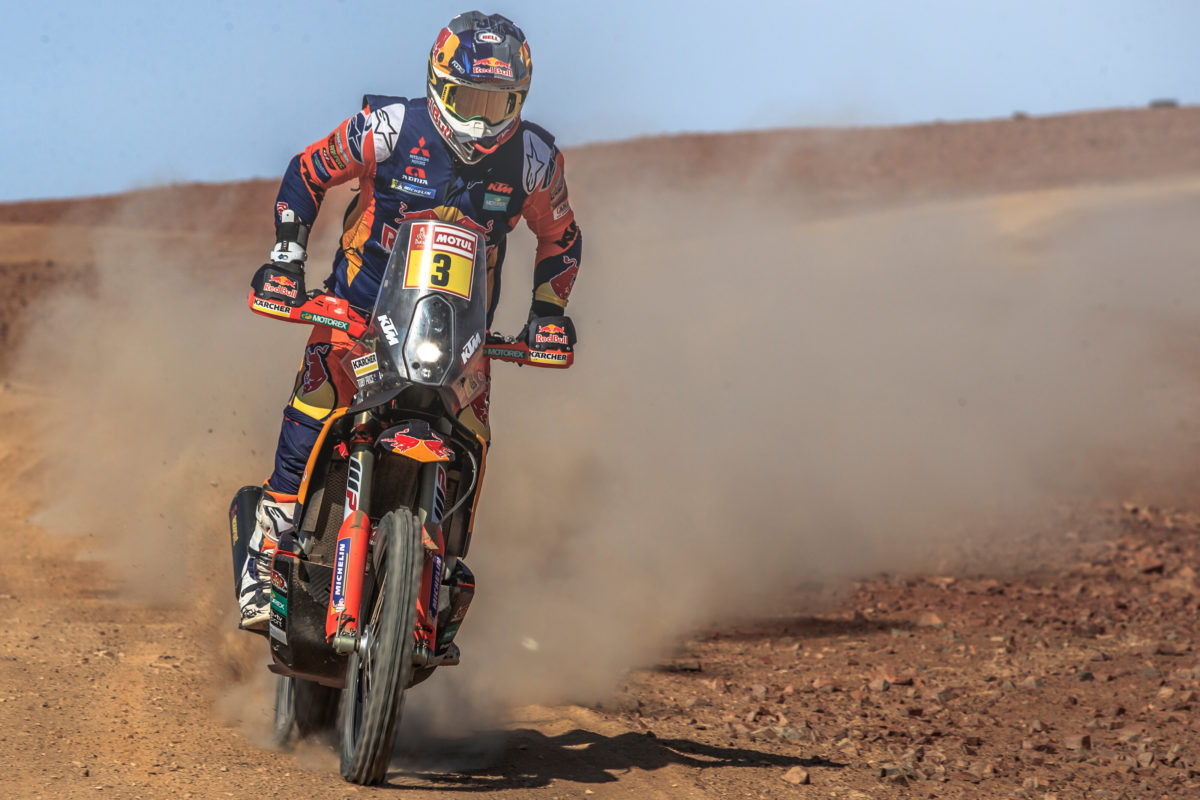 Toby Price will return to motorcycle competition for the first time since his gruelling Dakar victory in the Atacama Rally which starts this weekend in Chile.

Price underwent wrist surgery almost as soon as he returned to Australia from this year’s Dakar, having taken a broken scaphoid into the event.

While he has entered selected ECB SuperUtes Series rounds and came agonisingly close to finally winning the Tatts Finke Desert Race in the Cars class, Price was unable to attempt to defend his Bikes crown in the ‘there and back’ event.

The 32-year-old will make his comeback in what is the third round of the FIM Cross-Country Rally World Championship, which he won for the first time last year.

“We’re getting all prepped and organised to head over there very shortly,” said Price.

“If we come back safe and I have no issues with the wrist then we can start to push for the last round in Morocco.

“Hopefully, good times are ahead and I’m looking forward to it.”

The 1480km Atacama Rally runs from September 1-7, while the 2020 Dakar Rally begins in Saudi Arabia on January 5.