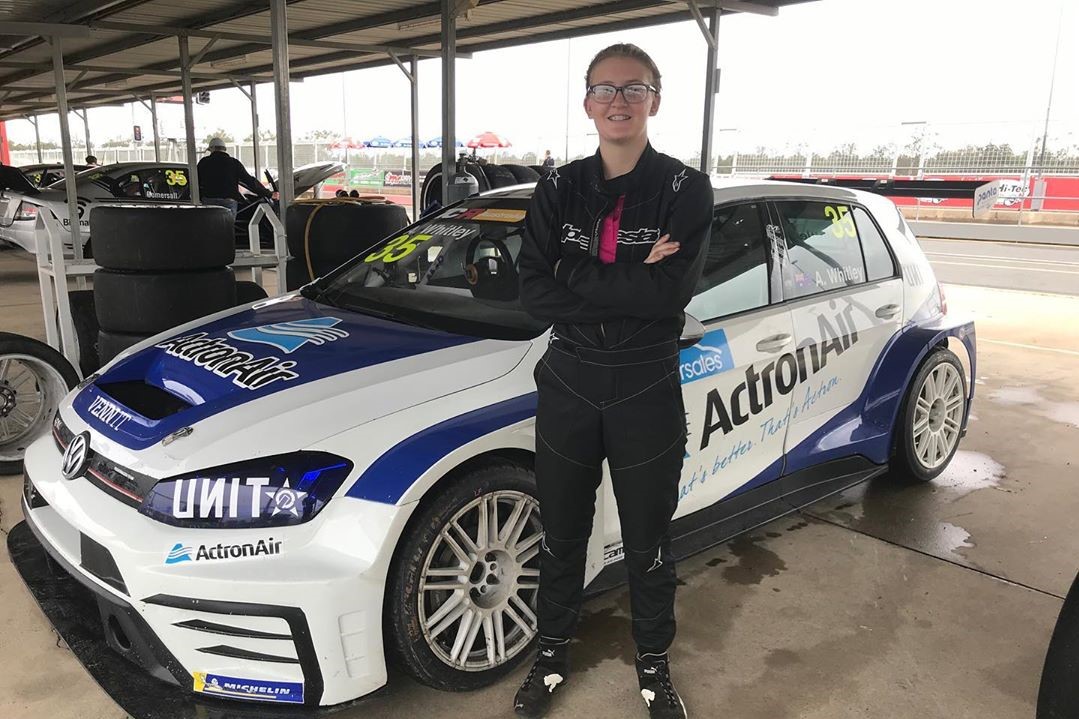 Queensland teen Holly Espray is hoping to find the budget to race in TCR Australia next year, after an impressive test with Matt Stone Racing.

The 16-year-old, who also recently undertook work experience with the Red Bull Holden Racing Team, has been competing in Excel series in her home state.

She recorded bests results of second and third in Track Attack Excels in April, before switching to the CAMS Series X3 where she finished in the top 10 in her first two races in June.

The former BMX racer took up an offer to test a TCR Volkswagen Golf with Matt Stone Racing last month and was quickly on the pace.

“It well really well, just like racing a fast Excel and I wasn’t far off the time set by David Russell in the last lap of the session,” Espray told Speedcafe.com

“Knowing how to drive a front-wheel drive car worked well for me.

“Little things like when the back end slides out in a front wheel drive you floor it to straighten the car, but in the rear you have to lift off and let the car straighten up.” 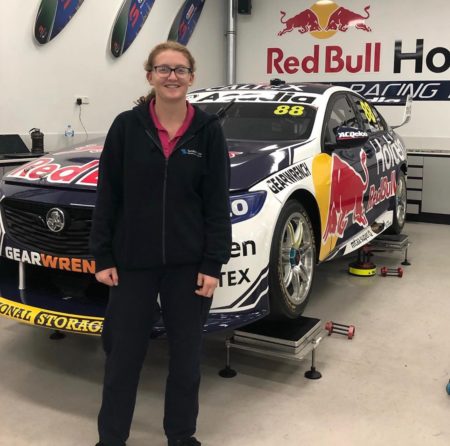 The global opportunities offered by TCR have Espray convinced that the category is the best place to progress her racing career.

“It felt good after the test, knowing I could adapt to the car really quickly,” she explained.

“Because TCR runs all around the world – Europe, Germany… – I think that’s the next big thing and I want to be knocking on their door.”

Espray is immersing herself in motorsport at every opportunity, and recently enjoyed work experience at Triple Eight Race Engineering.

“I am doing a course at a technical college at the moment, a Certificate III in Automotive,” she revealed.

“I have to do 80 hours of work experience and I had been emailing Jess Dane and she invited me down for a week which was great.

“I think it’s great for drivers to have mechanical knowledge of the cars they’re driving so they have more information and feedback to share with the crew after they’ve driven it.”

Espray’s next race is at the CAMS Queensland Circuit Racing State Championships at Morgan Park on 28-29 September.

Previous Story Rullo out, Ribarits in at Kelly Racing