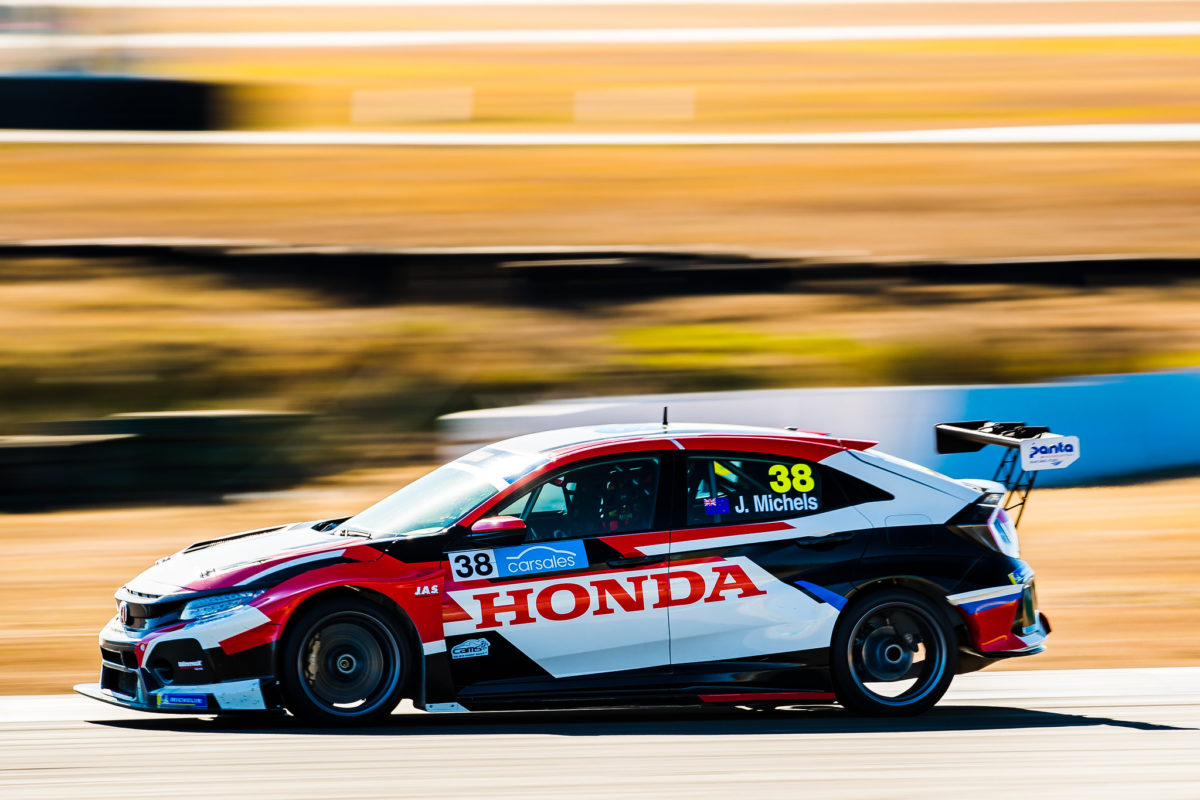 Reigning Toyota 86 Racing Series winner Tim Brook is the latest addition to the TCR Australia grid for Round 5 at Winton this weekend.

Brook will join Wall racing to pilot the Sydney team’s third Honda Civic Type R which has been driven by Jordan Cox and Jordan Michels in the last two rounds at The Bend Motorsport Park and Queensland Raceway.

The Toyota 86 Racing Series ace had been set to test the car in the category’s test day on Monday but has now been promoted to the race seat for this weekend.

“This is a hugely exciting opportunity for me,” said Brook.

“We were set to test the car on Monday as we looked to evaluate what we do next year, and never in our wildest dreams thought we’d have a chance to actually race!

“Because it’s all come so late I think we can go into the weekend with no expectations and just use it as a learning experience.

“I’ve driven a lot of race cars, but never something front wheel drive, so it’s going to be a challenge for sure but one I’m really looking forward to.

“Wall Racing are a great team, they’re race winners already in TCR Australia, so I know I’m in great hands.”

It could be the first of many TCR Australia outings in the series for Brook, who is looking to move on from the Toyota 86 Racing Series at season’s end.

Plans have advanced to a point where he has already put his title winning Toyota 86 car up for sale.

“The Toyota 86 series has been good to us over the last couple of years, and I’ve got far more out of it than I could have ever hoped,” added Brook, who leads the Toyota 86 Racing Series with three rounds remaining.

“But the time has come to look at what we do next, and when the opportunity came up to test a TCR car it was a bit of a no brainer.

“Things then developed a bit further than that, so hopefully this is the start of something really exciting for us.”

TCR Australia will operate a new two-day format at Winton for Round 5.

Brook will drive the Honda Civic for the first time in opening practice at 0905 on Saturday morning ahead of qualifying at 1130.

Three races then follow across the balance of the weekend, the first at 1415 on Saturday afternoon.