Supercars shakes up event formats in 2020

Supercars shakes up event formats in 2020 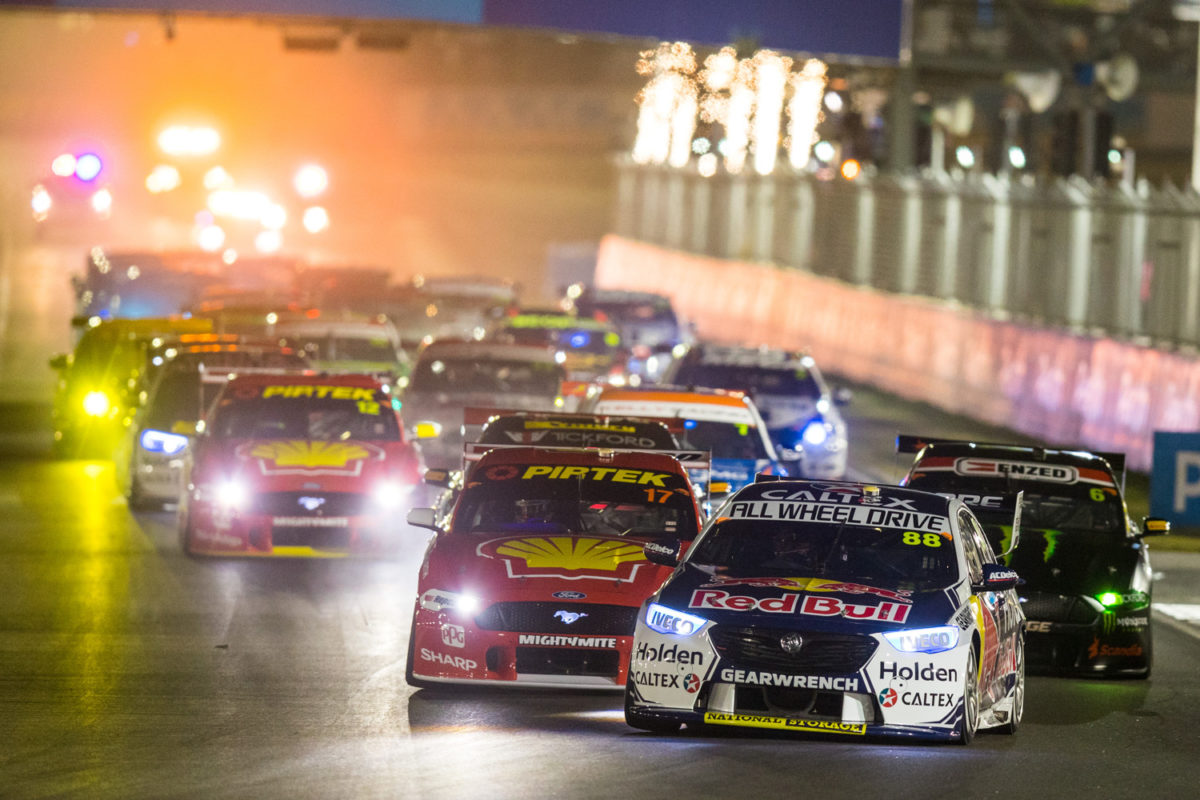 Supercars will adopt a new SuperSprint race format among a number of changes to events for next season.

The championship has announced a new 14 round calendar for 2020 which will see the series contest more competition kilometres despite losing an event from its schedule.

SuperSprint meetings will undergo a significant change next year with the series operating 2x200km races instead of the 120km and 200km format.

Each race will feature two compulsory pit stops and the 120 litre fuel drop.

Sandown will adopt the format with the Victorian circuit hosting a SuperSprint round instead of the 500km enduro which has moved to The Bend Motorsport Park.

The new race distances will also be used for the SuperNight rounds at Perth (May 15-17) and Sydney (August 28-30) with the Saturday race held under lights while the Sunday heats will likely to be held in twilight.

“It was important to us to increase the amount of Supercar racing for the fans at track and at home,” said Seamer.

“SuperSprint weekends are now full of Supercars racing on both days and we are really stepping up the entertainment value for fans and partners, on and off the track.

“If you’re someone who can only come on the Saturday versus the Sunday, you pay the same to be here and we felt like we needed to make sure that we were delivering a better product on a Saturday at the sprint rounds.

“The other piece is that it capitalises on us being here all weekend anyway, so if we’re here we felt like we should be racing a little bit longer on Saturdays.”

Changes have also been made to the Melbourne 400 at the Formula 1 Australian Grand Prix (March 12-15) with the series now set to contest four 100km races instead of the 2x70km and 2x130km format.

Events at Darwin, Townsville and Auckland will host a 25 minute qualifying session, in two parts, followed by a Top 10 Shootout on Sundays.

Supercars has also confirmed that Top 10 Shootouts will be held on Saturday and Sunday at the Vodafone Gold Coast 600 and the Coates Hire Newcastle 500 season finale.

The 25 minute qualifying and Top 10 Shootout system will be adopted to set the grid at The Bend Motorsport Park Pirtek Enduro Cup opener.

It replaces the two Race to the Grid sprint races for primary and co-drivers that has been in operation at the Sandown 500 in recent years.

The Supercheap Auto Bathurst 1000 retains its traditional Top 10 Shootout but it will be the only one not to be preceded by the two-part, 25 minute qualifying format, with Friday to feature the usual single-part, 40 minute session.

Following a successful trial the new Parc Ferme regulations that restrict teams from making changes to cars between qualifying and races will be in operation at Tasmania, Perth, Winton, Sydney and Sandown.

Meanwhile, Supercars has decided not to pursue two day events after testing the process at this year’s Winton SuperSprint.