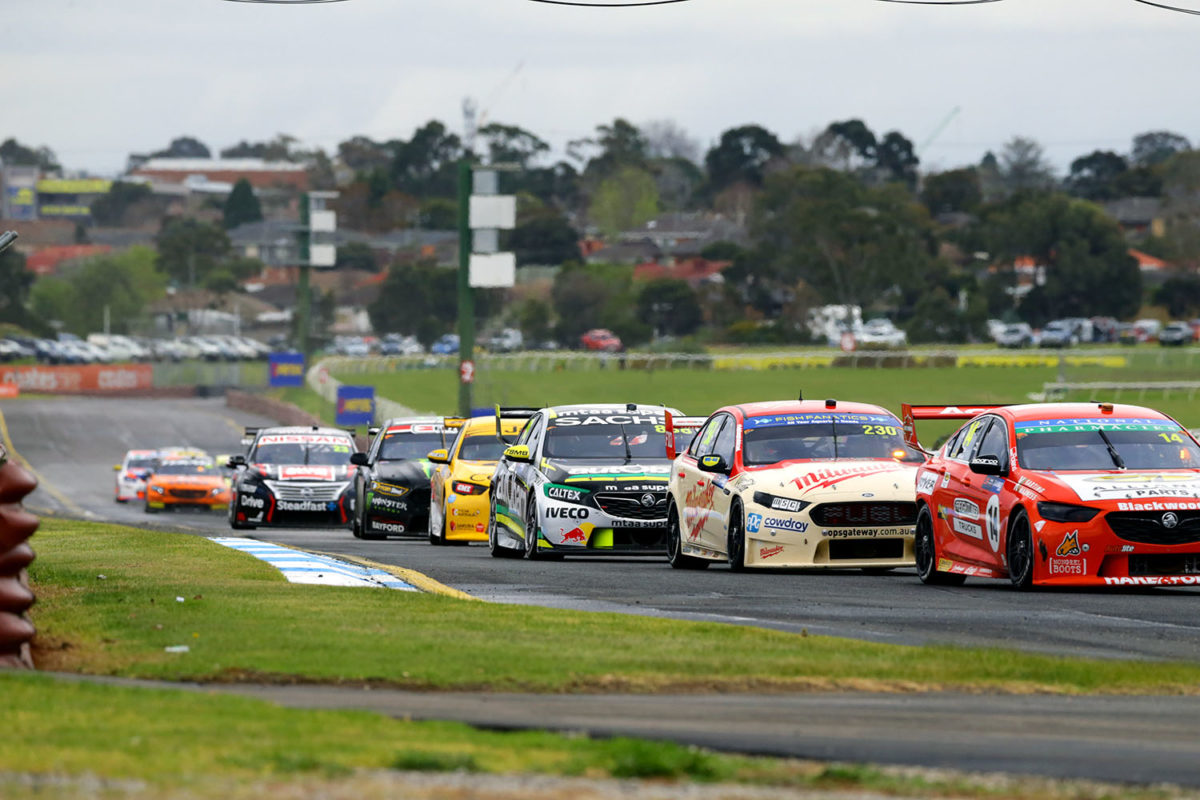 Climate, the Pukekohe event, and clashes with horse racing, were all reasons for taking Supercars’ 500-kilometre enduro from Sandown to The Bend, according to championship CEO Sean Seamer.

Supercars will break one tradition and re-establish another when next year’s Pirtek Enduro Cup kicks off with The Bend OTR 500 in September, while Sandown reverts to a SuperSprint format as it shifts later in November.

This year’s calendar breaks a custom stretching back decades, namely a 500-kilometre enduro preceding the Supercheap Auto Bathurst 1000, usually at Sandown but taken to Queensland Raceway and Phillip Island for periods of the last 20 years.

Although that radical change was not met kindly by Speedcafe.com readers, with over 70 percent voting ‘no’ when asked if they approved of such a change in the weekly Pirtek Poll, such critique is apparently not the main reason for the latest move.

“For the drivers and the teams and the manufacturers, everyone gets an endurance round in before they go to Bathurst,” said Seamer of the 2020 calendar in a briefing to selected media.

“You can split opinion about this year; some people love the excitement that Bathurst is going to be the opener and other people hate it.”

Logistical reasons were cited for the timing of this year’s Penrite Oil Sandown 500, which switched dates with the ITM Auckland SuperSprint in order to allow cars to be sent to and from New Zealand by sea rather than air.

While the Virgin Australia Supercars Championship will race at Pukekohe next year on the weekend that both nations commemorate ANZAC Day (April 24-26), Seamer says that weather considerations and Melbourne’s Spring Racing Carnival mean that The Bend is a better option to fill the September slot.

Last weekend’s event at the new South Australian circuit was held for the most part in frigid conditions, while Supercars’ free-to-air partner, Network 10, will broadcast Stakes Day as part of its rights to air the Melbourne Cup Carnival, on qualifying day of this year’s Sandown 500 in the same city.

“The reality was that we are moving Auckland anyway into a better slot, (The Bend) needed to be later in the year, and we felt like, from what we have seen now with Sandown in terms of the new date and the response that we have got from ticketing and the response we have got from the TV networks about that time, we believe late November is better for Sandown,” explained Seamer.

“(The Bend) is a great facility for doing an endurance round so a combination of weather and scheduling the other events and not wanting to move Sandown back out of November into September (were the reasons).”

Next year’s event is set to be known as the ‘Sandown 400’, despite other SuperSprint rounds having the latter nomenclature in their titles.

Seamer confirmed that Supercars had given serious thought to running twin 250km races at the historic track in order to maintain the ‘Sandown 500’ name but decided against it given that the total racing kilometres will increase next year despite the loss of one event.

“A long way (of thought), and we had a lot of debate about that but it would have just put us too far over on the kilometres,” he stated.

Despite potential residential development threatening the Sandown’s future, Seamer advised that Supercars has signed a new three-year contract with the Melbourne Racing Club beginning next year.

The agreement includes a stipulation on safety upgrades, for which work is ongoing.

What is uncertain for next year is the status of the retro round, which was introduced in 2016.

“We’re still working through the look and feel of the event beyond the format, so Shane (Howard, Supercars COO) and the team will get onto that from here,” said Seamer.

“What we do want to do is make sure that, as best possible, each event has its own unique identity and has its feel.

“For Gold Coast, we’ve gone with that festival theme for this year, that’s been received really well, our ticketing is up 16 percent year-to-date, so we will continue to bring an identity into those types of events.

“But the retro round has got to work so we feel like we need to put a bit more effort into it if we are going to keep it.”

Meanwhile, the Races for the Grid, which were introduced with a convoluted points format when the 500-kilometre enduro went to Phillip Island in 2008 but later revised to a progressive grid system, have been cut.

The grid for The Bend 500 will instead be determined by a more standard Top 10 Shootout format after feedback revealed that the qualifying races were “not particularly popular”.

The Bend hosts the first official event of 2020 with a pre-season test on February 18, then the 500 on September 18-20, while Supercars goes to Sandown next year on November 20-22.