Melbourne 400 to be run on multiple tyre compounds

Melbourne 400 to be run on multiple tyre compounds 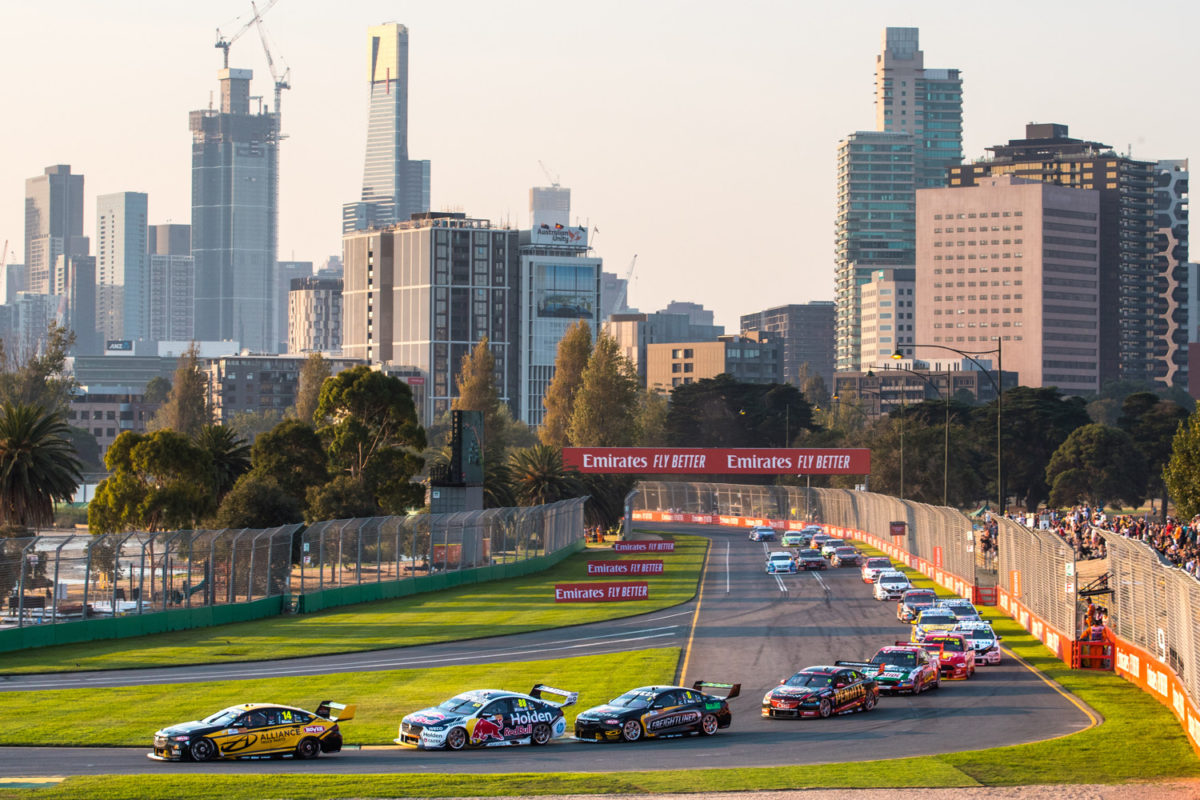 Supercars will return to racing on multiple tyre compounds at next year’s Melbourne 400 at the Formula 1 Australian Grand Prix.

The change is part of an across-the-board shake-up of event formats for next year’s Virgin Australia Supercars Championship, which includes a harmonisation of race distances at Albert Park.

Each of the four races will be 100km long instead of 130km, 70km, 130km, and 70km, as has been the case for the first two years that Supercars has raced for championship points at the F1 season-opener.

As such, there will also be compulsory pit stops in all four races, whereas the 70km encounters had been run as pure sprints.

Those pit stops will require a change from one compound of tyre to the other, with both the softer and harder of the allocation in play.

“It will be compulsory to run both compounds in an effort to spice up the racing a little bit there,” confirmed Supercars CEO Sean Seamer.

Mixed tyre compound races had been commonplace since the soft compound tyre was introduced in 2009, when one set was issued for use in either or both races of sprint events, but have not been seen since 2015.

What remains the same at Albert Park is the general timetable of the event, with a cut-throat 10-minute qualifying session for each race; two on the Thursday and two on the Friday.

The first race of the weekend (Race 3 of the season) will again be run on Friday, the next two on Saturday, and the last on Sunday, while practice is still two half-hour sessions on the Thursday.

The Melbourne 400 is now the only event which features compulsory pit stops solely for tyres, owing to a change in the SuperSprint format for 2020 which sees 200km races on each of the Saturday and Sunday instead of a 120km affair on the former.

Officially, tyre changes remain compulsory for the Superloop Adelaide 500 and Coates Hire Newcastle 500 races, although races at those events each require a 140-litre fuel drop which may be taken at the same time anyway.

The Pirtek Enduro Cup races feature an unchanged number of compulsory pit stops for fuel and/or tyres, namely three for the 500km event which now takes place at The Bend, seven for the Supercheap Auto Bathurst 1000, and two for each at the Vodafone Gold Coast 600.