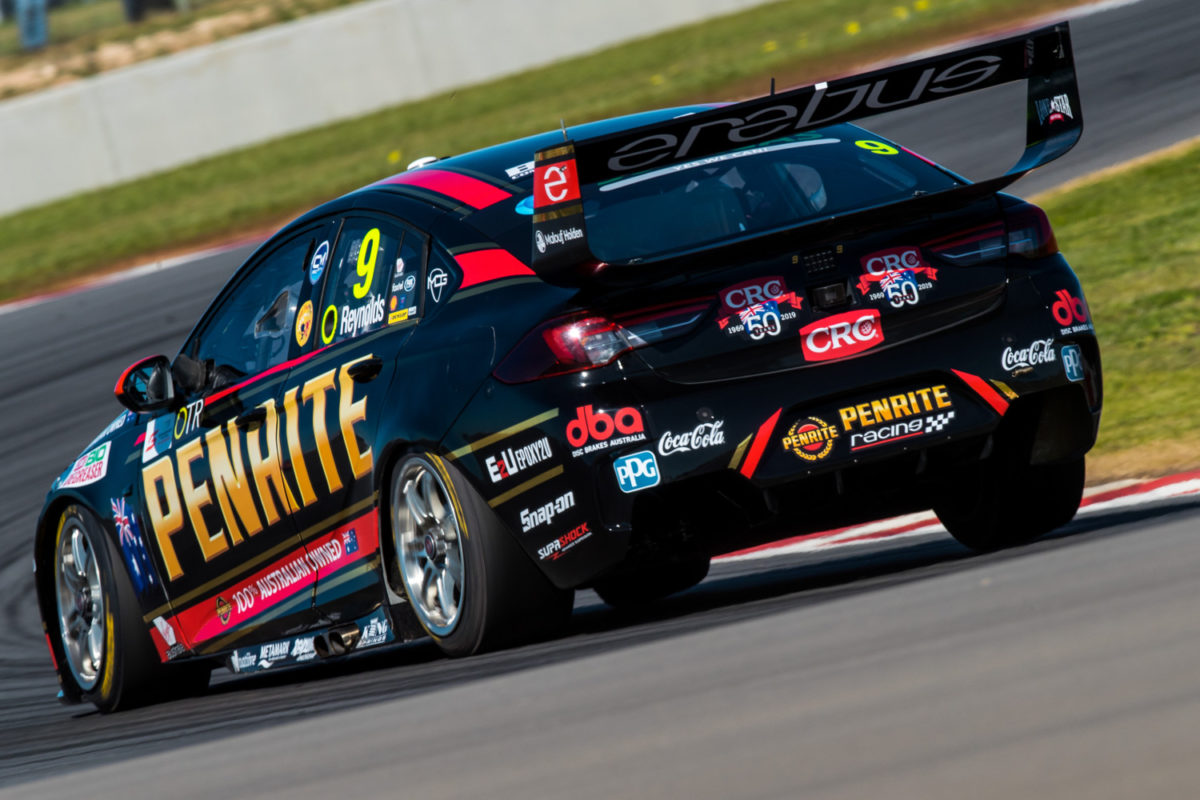 Erebus Motorsport is at a loss to explain the below par showing from David Reynolds at the OTR SuperSprint.

Reynolds was largely overshadowed by his rookie team-mate Anton De Pasquale at The Bend, recording finishes of seventh and 13th in the two races.

De Pasquale led the team at the South Australian circuit, out-qualifying Reynolds in both sessions before converting fourth and seventh grid starts into a second career podium, with a third in Race 21 before coming home seventh on Sunday.

The podium on Saturday was the best result of any Holden driver across the weekend as the Ford Mustangs almost completed a sweep of the rostrum places.

The drop in form coincided with ongoing speculation that Reynolds could become involved in the silly season as negotiations over a new deal with Erebus continue to rumble on.

“Dave’s weekend wasn’t what we expect from Dave usually, but Anton’s was exceptional,” Ryan told Speedcafe.com.

“Really, to be top Holden most sessions and the only Holden to get on the podium all weekend on Saturday, and one of the fastest Holdens on Sunday with a top seven, is still a good result.

“Dave’s just had a couple of little issues but nothing we can’t address for the future and hopefully we’ll have both cars up there a bit more next round and obviously most importantly at Bathurst.

“(It was) Not really anything in particular, nothing wrong with the car or anything, (he) just wasn’t on the pace.

“He started the weekend with different cars and then merged them back towards Anton’s car so he’s a little bit behind the eight ball there. But it’s just not really on the ball this weekend.

“We weren’t expecting it. Maybe it’s all this bullshit in the media about his contract affecting him. I don’t know. We need to sort it out.

“Chaz has gone from sixth in the championship four rounds ago to second and we’ve gone from third to sixth (with Reynolds). We need really to do something about it.

“We’ve got some really strong rounds coming up.”

Reynolds admitted that the weekend was a ‘trying one’ although the 2017 Supercheap Auto Bathurst 1000 winner is hopeful his strong form will return at the ITM Auckland SuperSprint next month.

“This weekend was trying, but I’m semi optimistic,” said Reynolds.

“We head to Pukekohe now and I love that track, it’s really good fun, I’ve won a few races there before and been on the podium also. I hope we can go there with a fast car and start moving back up the ladder in the back part of the year.”

The championship will head to New Zealand’s Pukekohe Park Raceway from September 13-15.