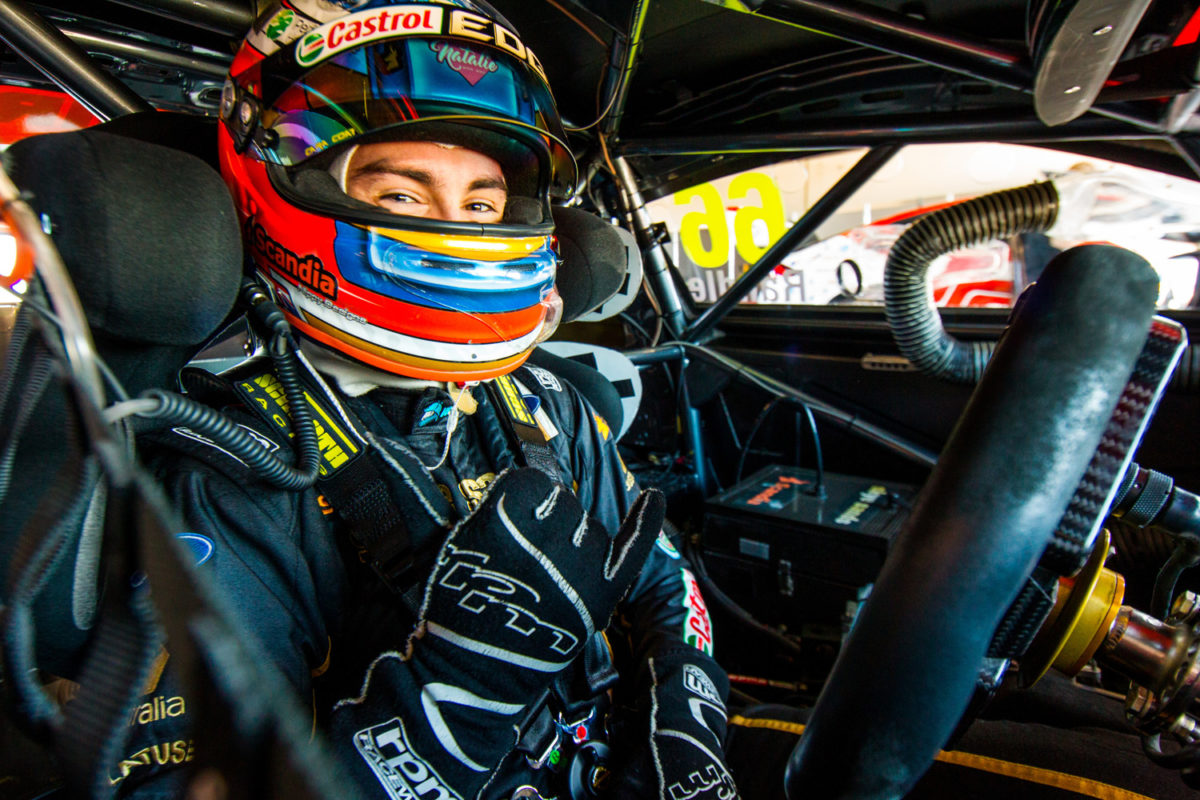 Thomas Randle exceeded his own expectations on his debut race weekend in the Virgin Australia Supercars Championship despite a multitude of setbacks on Sunday at The Bend.

Competing as a wildcard entry in a Tickford Racing-run Mustang, Randle was arguably more impressive than results of 17th in each of Races 21 and 22 at the OTR SuperSprint suggested.

The second-year Dunlop Super2 Series driver topped the timesheets in Friday’s Additional Driver practice, just his fourth official run at Championship level having also driven the corresponding sessions this year at Symmons Plains and Winton, and the pre-season test at Phillip Island.

He also earned direct passage to the second part of the following day’s Armor All Qualifying session by finishing 10th in Practice 2 and turned that into a starting berth of 14th for Saturday’s race.

“It was a really, really awesome debut weekend, I think we overachieved what we were expecting heading in, and the main goal was trying to do every lap and see both chequered flags, and we were able to do that,” noted Randle.

“Friday was phenomenal, being in the (top) 10, and the car was great all weekend.

“I can’t thank everyone at Tickford Racing and Scandia Racing enough for the opportunity, and I’m looking forward to the rest of the year.”

The 23-year-old’s weekend turned south when he dropped a net three positions in the opening 24-lap encounter, but that was largely due to ending up on the grass as a result of a four-car squeeze which was deemed a racing incident.

He could not quite match his earlier practice and qualifying performances on the Sunday but clawed back some ground in that day’s race despite pit stop dramas.

“It was always going to be a tougher day, with a longer race and everyone having another day under their belts,” said Randle of the 41-lapper.

“I made a mistake on my quali lap which was pretty frustrating and put us down in 21st.

“At the start of the race I made up a couple spots and was feeling pretty good, but on our first stop we had a glitch with the fuelling rig that cost us some time, and I stalled out of the box which hurt.

“We got back out there, made a couple passes, and came back 17th.”

It was a strong showing for the expanded five-car Tickford/23Red squad as a whole at The Bend, with Supercheap Auto Racing’s Chaz Mostert collecting a second and third placing and Will Davison finishing runner-up in Race 22.

The Campbellfield team’s delight was nevertheless tempered somewhat by a sense that at least one win had gone begging after an airbox fire in the Milwaukee Tools Mustang probably cost Davison the effective race lead on Sunday.

Meanwhile, Randle has since been confirmed as Lee Holdsworth’s co-driver in The Bottle-O Mustang for the Pirtek Enduro Cup.

The trio of long-distance events begins with the Supercheap Auto Bathurst 1000 on October 10-13, where last-round race winner Randle will also be in action in Super2’s own, 250km enduro.