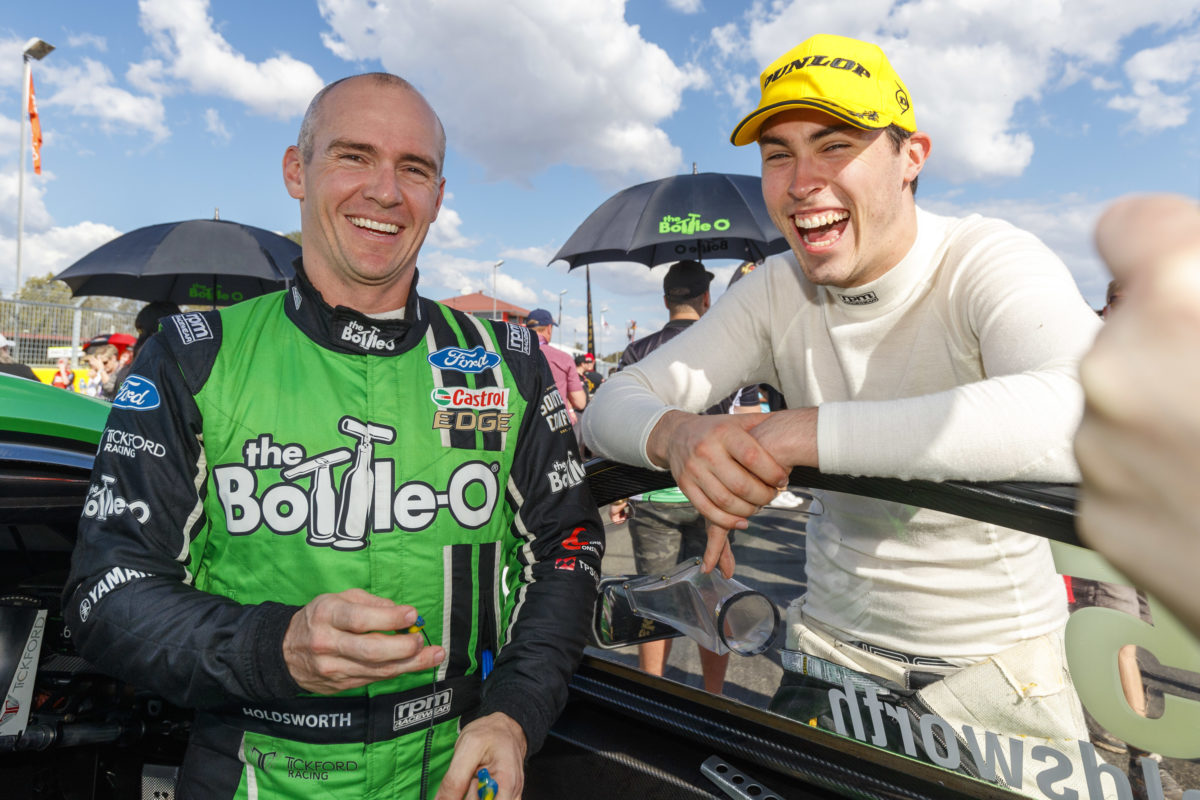 Randle has long been expected to team up with Holdsworth in the #5 Bottle-O Racing entry having driven the car in Additional Driver practice sessions at Symmons Plains, Winton and The Bend Motorsport last weekend.

The team has now officially announced the 23-year-old as one of its enduro co-drivers following an impressive Supercars Championship debut in a a wildcard appearance for the Ford squad at the South Australian circuit.

Randle topped the Additional Driver practice before going on to finish inside the combined top 10 in Friday Practice.

The squad’s Super2 driver finished 17th in the two races.

Randle labelled the opportunity to race in the Supercheap Auto Bathurst 1000 as a ‘dream come true.’

“I’m extremely happy to join Tickford Racing and Lee for the Enduros this year,” said Randle.

“Having been around the world trying to forge a racing career, I came back to Australia with the goal of being a Supercars driver, so I’m very grateful to have the opportunity to race with Lee and The Bottle-O Racing Team at some of the biggest races in Australia.

“I remember growing up watching Bathurst with my dad, so to think I’ll be on the grid and competing in the ‘1000’ this year, with my family there with me is a dream come true.

“It’s a race I’ve always wanted to compete in, and to do it with a team like Tickford Racing is really exciting.

“It’s been a strong season for the team, being up the front again, so hopefully we can keep The Bottle-O Ford up there and have a crack.

“I really can’t wait to get out there and do my best for the team.”

Tickford co-owner Tim Edwards says he has been impressed by his Super2 recruit which has prompted the call to offer the young gun an enduro drive.

“Tom impressed us from the word ‘go’ last year, so we’re very excited to have him joining our main game team for the Enduro Cup,” said Edwards.

“Coming from a largely single seater background, he had a very steep learning curve, but he’s handled it extremely well.

“He’s been competitive from day one, and he’s only gotten better since, which is indicative of his talent and work ethic.

“We’ve had a lot of success with our Super2 program over the years, guys like Cam (Waters) and Chaz (Mostert) are evidence of that. This is the next step in Tom’s development and we’re looking forward to seeing him in The Bottle-O Mustang.”

The Pirtek Enduro Cup will begin with the Bathurst 1000 from October 10-13.