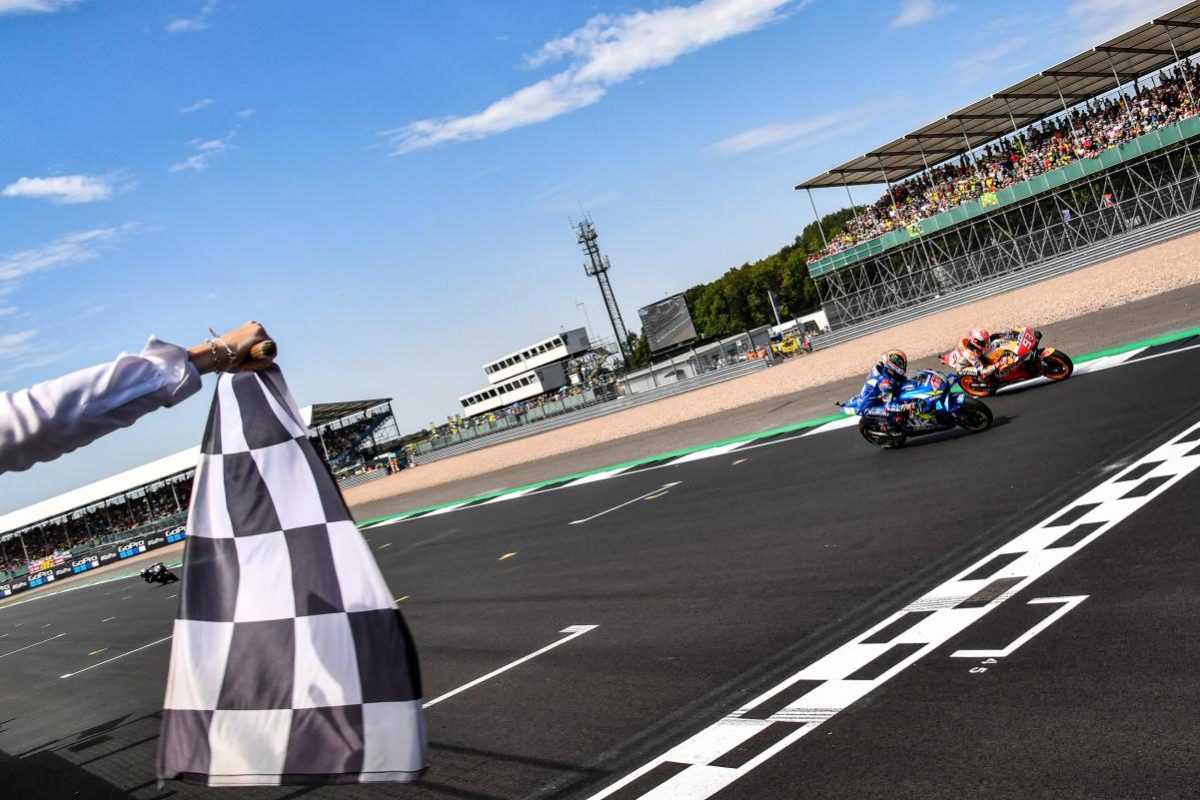 Alex Rins has criss-crossed Marc Marquez at the final corner to win the British MotoGP by 0.013s.

Rins kept in touch with Marquez throughout the 20-lap race at Silverstone and tried multiple inventive manoeuvres in the final two laps, the last of which he managed to pull off.

Despite losing to the Suzuki Ecstar rider, Marquez is now more than three races clear at the top of the championship after his nearest rival, Andrea Dovizioso, went down in sickening fashion at the first corner.

Marquez led Valentino Rossi and Rins to that corner, but Fabio Quartararo highsided as he tried to secure fourth position for the run to Maggots.

Dovizioso had nowhere to go, launching his Mission Winnow Ducati over the fallen Petronas SRT Yamaha and landing with a thud on the tarred runoff area.

Quartararo walked away with obvious soreness while Dovizioso eventually got to his feet after being stretchered beyond the barriers and away from his Desmosedici, which caught fire as it skidded towards the gravel.

The Italian was, however, later taken to hospital due to briefly losing consciousness.

Rins passed Rossi’s Monster Energy Yamaha on Lap 2, setting up what would be a straight fight between him and the Repsol Honda rider ahead.

He briefly got ahead on Lap 9 but Marquez quickly reclaimed the place and that was how they ran until the penultimate lap.

Rins then snuck past at Aintree, only for Marquez to hit back before they got to the end of the Wellington Straight.

The Suzuki man even attempted to go around the outside of Marquez at Woodcote on Lap 19 and very nearly did so but was forced wide.

Rins found another way to get the move done at the very last opportunity, criss-crossing the Honda and beating Marquez to the chequered flag by barely more than a hundredth of a second.

Rossi briefly looked as though he might go with Rins and Marquez but was instead passed by team-mate Maverick Viñales on Lap 7.

The Spaniard was able to close to half a second from the battle for the lead on the final lap but ran out of time to buy into it himself and ultimately finished third.

Jack Miller finished eighth from third on the grid.

The Pramac Ducati rider made a slow start, dropped further to seventh, and only got as high as sixth again when he duelled with Crutchlow.

Rins has moved up to third in the standings, albeit 23 points behind Dovizioso and 101 behind Marquez, ahead of Round 13 at Misano on September 13-15.

There will also be an official test at the San Marino MotoGP venue on August 29-30. 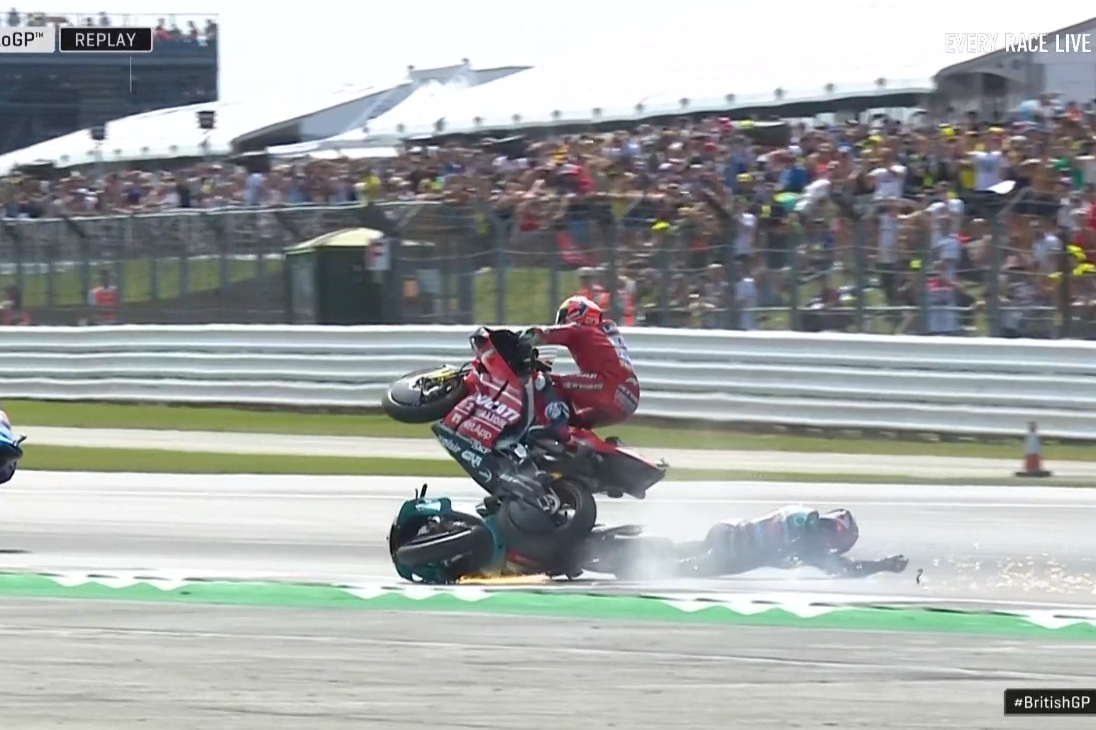