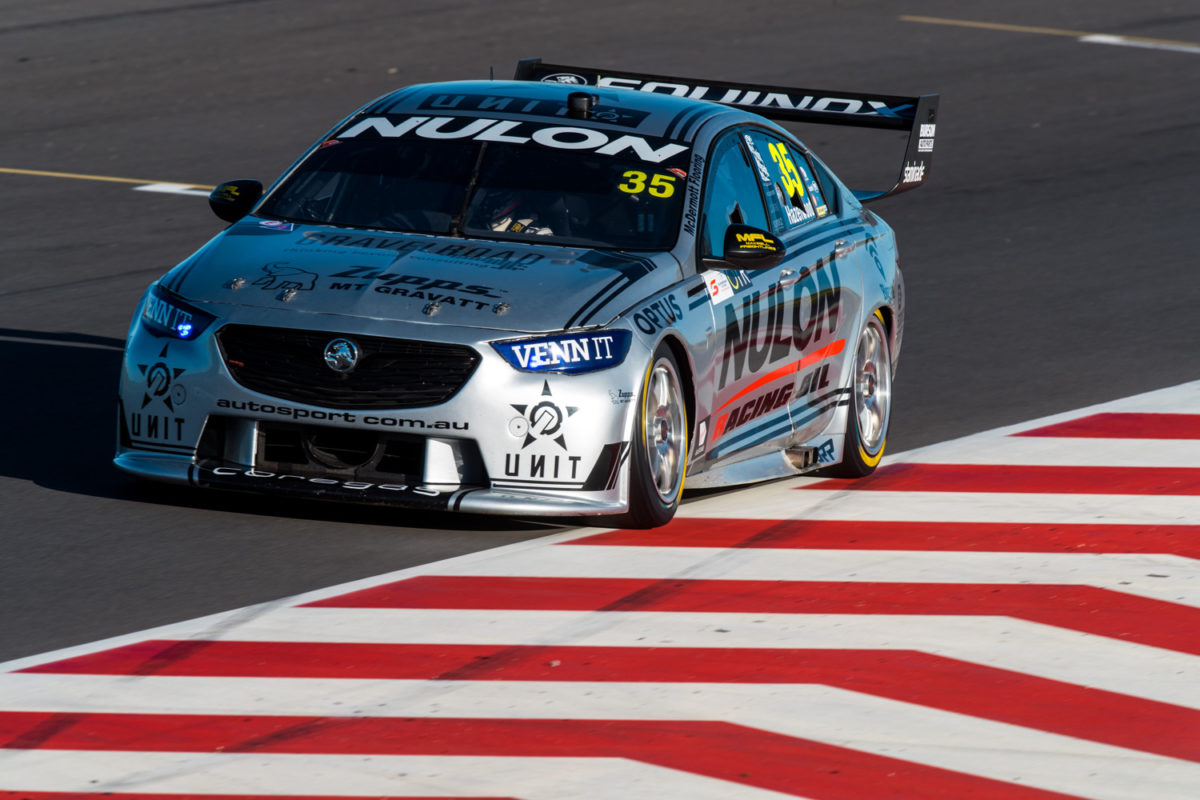 Matt Stone Racing has been issued the standard sanction for a line locker failure during a Todd Hazelwood pit stop despite it causing wheels to rotate around four times.

The single-car squad has been relieved of $3000 and 30 teams’ championship points but Hazelwood has gone unpunished, as has become normal practice in 2019, after in-depth analysis of the breach following which a decision was issued late this afternoon.

The incident occurred at Hazelwood’s second pit stop during Race 22 of the Virgin Australia Supercars Championship at The Bend and was soon identified for post-race investigation.

According to an extensive summary of the hearing which has been released in conjunction with the final stewards summary from the OTR SuperSprint, the failure in the #35 ZB Commodore differed from others which have been dealt with routinely this year.

While a drop in voltage which caused the ECU to disengage the line locker was not especially unusual, the MSR car’s rear wheels completed approximately four full rotations, whereas other failures have resulted only in a small movement.

The hearing summary states that the Deputy Race Director “submitted that a more severe penalty ought to be imposed” due to the greater risk of injury to crew members.

However, telemetry supported Hazelwood’s explanation and that of engineer Wes McDougall, the team’s authorised representative, that Hazelwood had held in the foot brake until the wheels had been changed.

Furthermore, Hazelwood reapplied the foot brake as soon as McDougall told him that the wheels had started rotating, had not increased throttle percentage before the car was dropped off its jacks, and had been confirmed as not having disengaged the line locker himself.

As such, stewards determined that the standard penalty should still be applied.

MSR nevertheless remains 12th in the teams’ championship and second of the single-car teams (including the Brad Jones Racing-run #21 Tim Blanchard Racing entry).

The only other penalty issued during or after Race 22 was Andre Heimgartner’s drive-through for his car being lowered before the fuel hose had been decoupled.