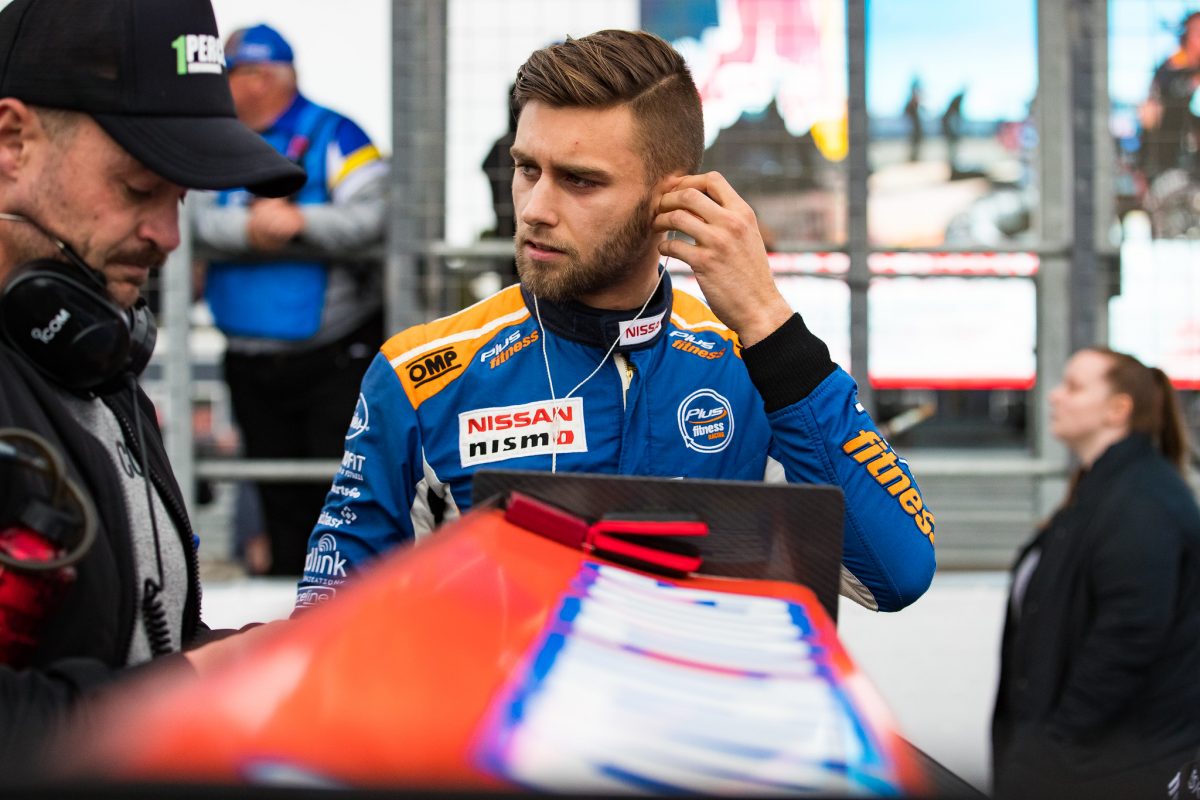 Kelly Racing’s Andre Heimgartner has been confirmed as the driver of the Nissan S13 ‘Hammerhead’ for this year’s World Time Attack Challenge at Sydney Motorsport Park.

The New Zealander gained his first taste of the car during a recent test day at Queensland Raceway, banking a time under the established benchmarks within his first half dozen laps.

Car owner Murray Coote has now confirmed that Heimgartner will pilot the 1150 horsepower World Time Attack machine, which has twice won the event.

“Considering the laps he hasn’t done in this car, he’s fit into it really well, and to do a sub-record time, is a sign of good things to come,” said Coote.

“We won it two years in a row and I guess you get a bit casual, and with the rainy event we didn’t get the sessions – it was just one of those difficult events and we weren’t on top of our game,” he added.

While the team is a veteran of the sprint style event, it will be Heimgartner’s first experience.

“I’ve only seen the event from afar,” he said.

“The fact I get the privilege to drive a car that’s capable of winning is really exciting and I’ve heard when you go there, this car is like royalty.

“The car is a lot different to what I thought, I’d heard all these stories about how fast it was… 1150HP, all that sort of stuff,” Heimgartner continued.

“I was a little bit freaked out to be honest but once I hopped in the car it’s so steady, so controllable.”

Tim Slade drove the car to victory in the 2017 event, while Warren Luff took the wheel last year to record a best of 1:21.398s.

Last year it was forced to watch on as the Porsche RP968 emerged victorious with a 1:19.825, just seven tenths shy of the outright lap record (held by Nico Hulkenberg) at Sydney Motorsport Park.

This year’s World Time Attack Challenge will he held on October 18-19.