Dane: T8 trying to make up for Commodore disadvantage

Dane: T8 trying to make up for Commodore disadvantage 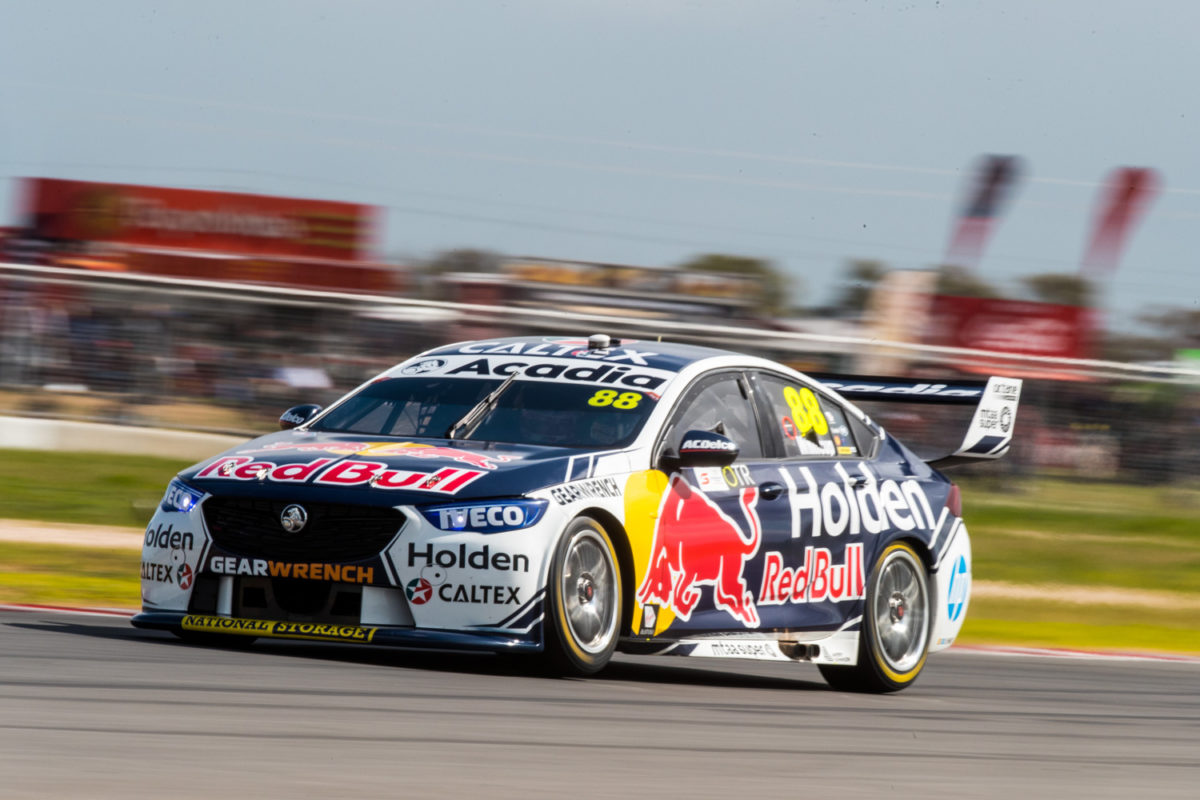 Triple Eight boss Roland Dane believes his squad was trying too hard to make up for a Commodore disadvantage to the Mustang at The Bend Motorsport Park.

The factory Holden squad struggled for pace at the South Australian circuit which it had dominated at, scoring a sweep of the pole positions and race wins, only 12 months ago.

Both Jamie Whincup and Shane van Gisbergen were forced to go through the first part of qualifying such was their pace deficit as the squad threw everything at its cars to bridge the gap.

By the end of the weekend it had found speed with Whincup securing fourth on the grid for Race 22, but it never really threatened the podium places with Sunday’s fifth and sixth its best results.

While Triple Eight was not the top Holden team at The Bend, Dane says the Commodore had a clear disadvantage at the circuit compared to the Mustang.

It had been suggested that the circuit would play to the Mustang’s strengths that were highlighted at Phillip Island earlier this year.

“You don’t have to be a rocket scientist to see that the Commodore has got a disadvantage over the Mustang, full stop. So you’re again trying to make up for it in other ways,” Dane told Speedcafe.com.

“I felt Jamie’s lap in qualifying (to claim fourth) was outstanding. It was the fastest Commodore lap of the weekend, but extremely hard to achieve.

“It’s not ideal but we got something out of it in the end, not as much as we should have done but coming from sometimes trying too hard puts us in an area where it’s easier to make mistakes.”

Dane was not alone in suggesting the Mustang had an advantage at The Bend.

Penrite Racing CEO Barry Ryan admitted that there were clear areas of the circuit where the Holden was unable to match the Ford.

His team scored the only podium for the Commodore courtesy of Anton De Pasquale in Race 21 , who finished third some 25 seconds shy of race winner Scott McLaughlin.

“There was a couple of corners on the track where there was no way we could go flat through it, like Turn 5, where they are,” Ryan told Speedcafe.com.

“That says something. That’s not just a better set-up, that’s something giving it that grip.

“I don’t want to get into any of this political bullshit, but they definitely had an advantage here, it was pretty clear.

“You end up stepping outside your actual set-up window to try and find something you can’t actually find.

“On Saturday Anton got out of the car and said the car was as good as it can be really.

“To get more grip you had to get more overall grip, which is hard to achieve.

“Balance was really good so I think we, a lot of the times I was going ‘We haven’t done a good enough job, that’s why we can’t catch them’.

“When they finish 20 something seconds up the road and you’ve done as good as you can, it’s pretty demoralising.”