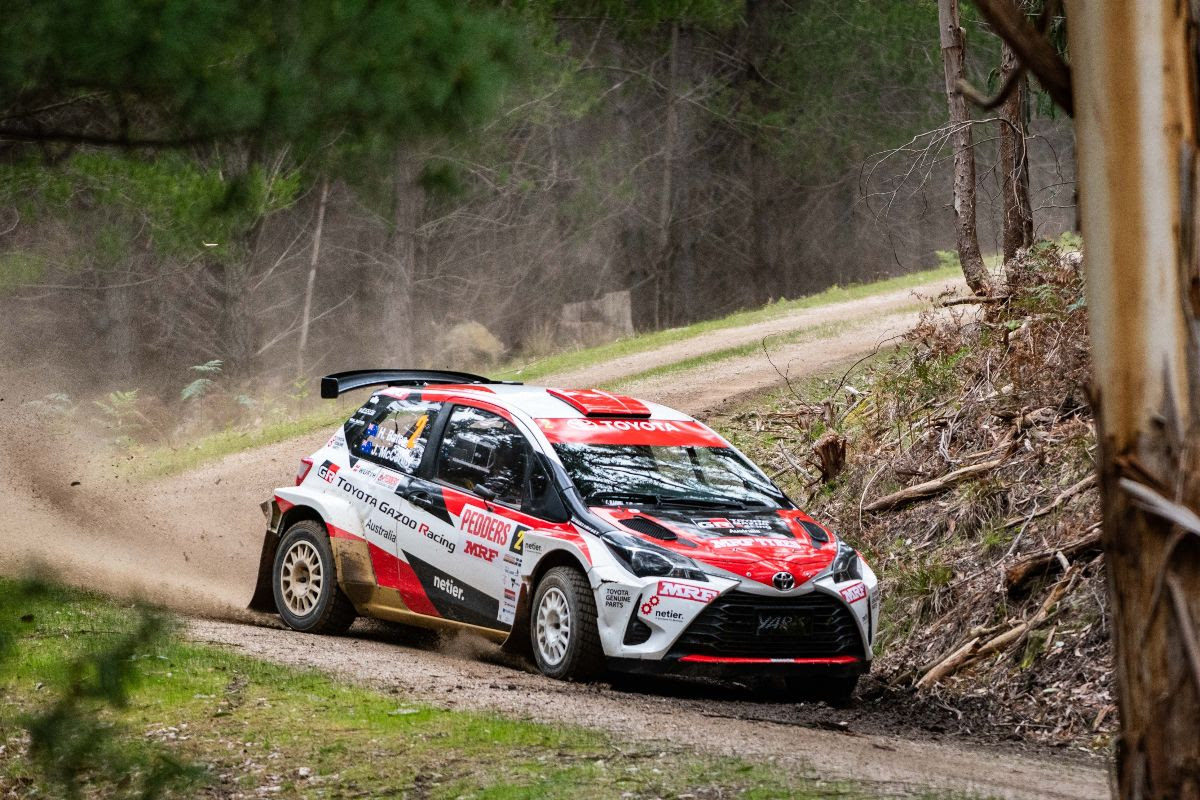 The Toyota Gazoo Racing Australia duo swept both heats after notching up wins in nine out of the 10 stages.

Bates won overall by 1:03.2s in Heat 1, falling short of a perfect showing in finishing third in the sixth and final stage.

They were untouchable during Heat 2 with dominant times in the final four stages to win the heat by 1:33.5s overall.

“Really tough conditions here at the Eureka Rush, but very, very happy with our day and completely stoked to have taken most stage wins and to be here on top of the podium,” Bates said.

Simon Evans and Bernie Webb (Subaru WRX STi) finished the weekend runners-up in only their second round appearance this season.

The four-time champion had to settle for second to Bates on seven stages.

“The stages are just incredibly challenging,” Evans said. “You just have to be really smart, and I called on my experience a lot to get through and we actually recorded reasonable times.”

Lewis Bates/Anthony McLoughlin rounded out the podium positions with third place finishes in both heats.

Shortly after, Luke Anear and Andy Sarandis suffered a roll-over in their Ford Fiesta R5, writing off the remainder of their day. Both competitors escaped from the car unharmed.

The event also played host as a round of the Asia-Pacific Rally Championship with Bates/McCarthy reaching the top step of the podium as cross-entered competitors.

Championship leaders Hayden Paddon and Samantha Gray were on the hunt for their third round win of the season before the duo suffered an off during Stage 4.

Paddon was able to bring his damaged Hyundai i20 R5 back to the service park in time for the second leg.

He went onto claim victory in Leg 2 by 35.1s despite finishing third overall, 2:58:52.7s behind Bates, a result which proved enough to see him claimed the Pacific Cup title.

Round 5 is the Adelaide Hills Rally on September 20-22.