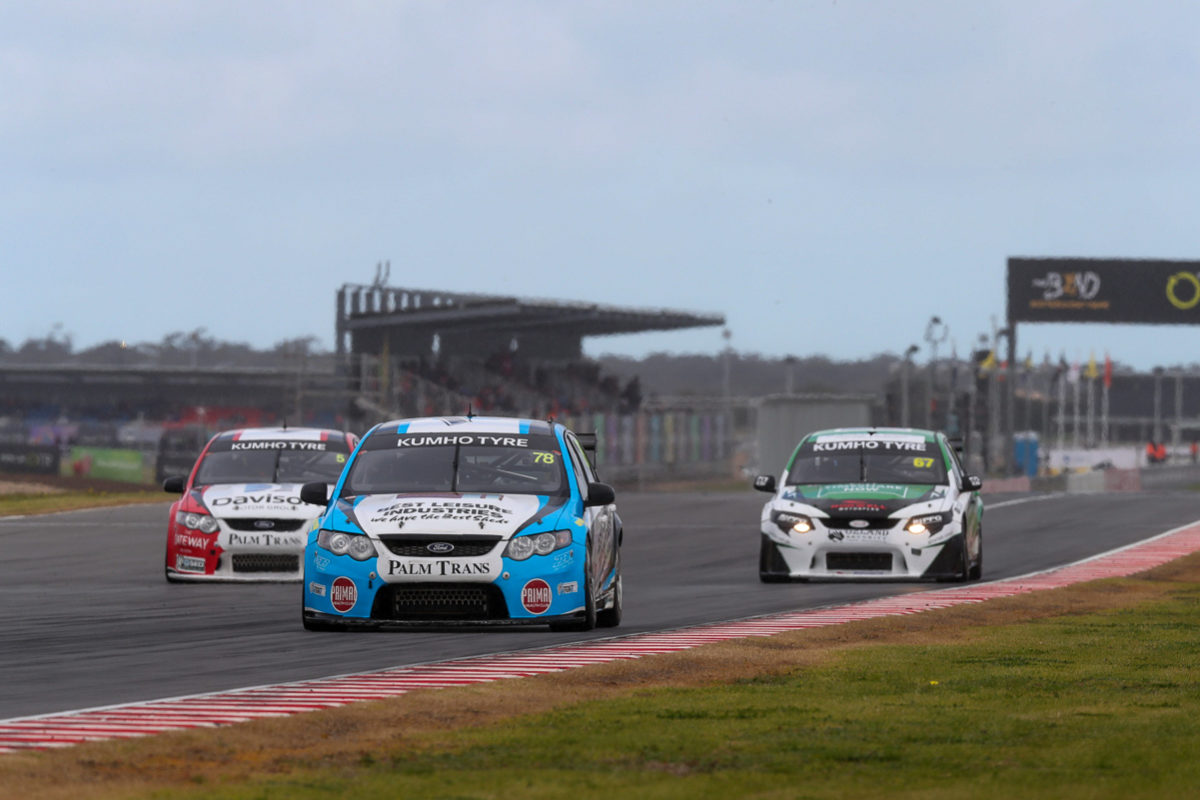 Zak Best has come from sixth on the grid to win Race 3 of the penultimate round of the Kumho Tyre Super3 Series at The Bend Motorsport Park.

The former series leader ended up in the relatively lowly starting position due to being the last finisher in Race 1 of the weekend, in which he had to put to remove grass from the splitter of his #78 MW Motorsport FG Falcon after an off.

Feeney dived at Ojeda at Turn 17 on Lap 1, bumping the winner of the weekend’s earlier races off track and himself leaving room for Ribarits, Best, and ultimately Nic Carroll (48 MWM Falcon) to pass.

Best did not need to pass Ribarits once the latter was issued a five-second time penalty for a jumpstart, but light rain helped do the job for him anyway.

Ribarits ran wide at Turn 18 on Lap 7 and lost the lead on the road, leaving Best to win the 10-lap affair by around two seconds.

Feeney re-passed Carroll before halfway and went on to take the chequered flag in second position after Ribarits had another excursion at the start of Lap 9.

Feeney therefore reclaimed the series lead which he had lost to Ojeda a day earlier, with Sandown to host the decider on September 20-22. 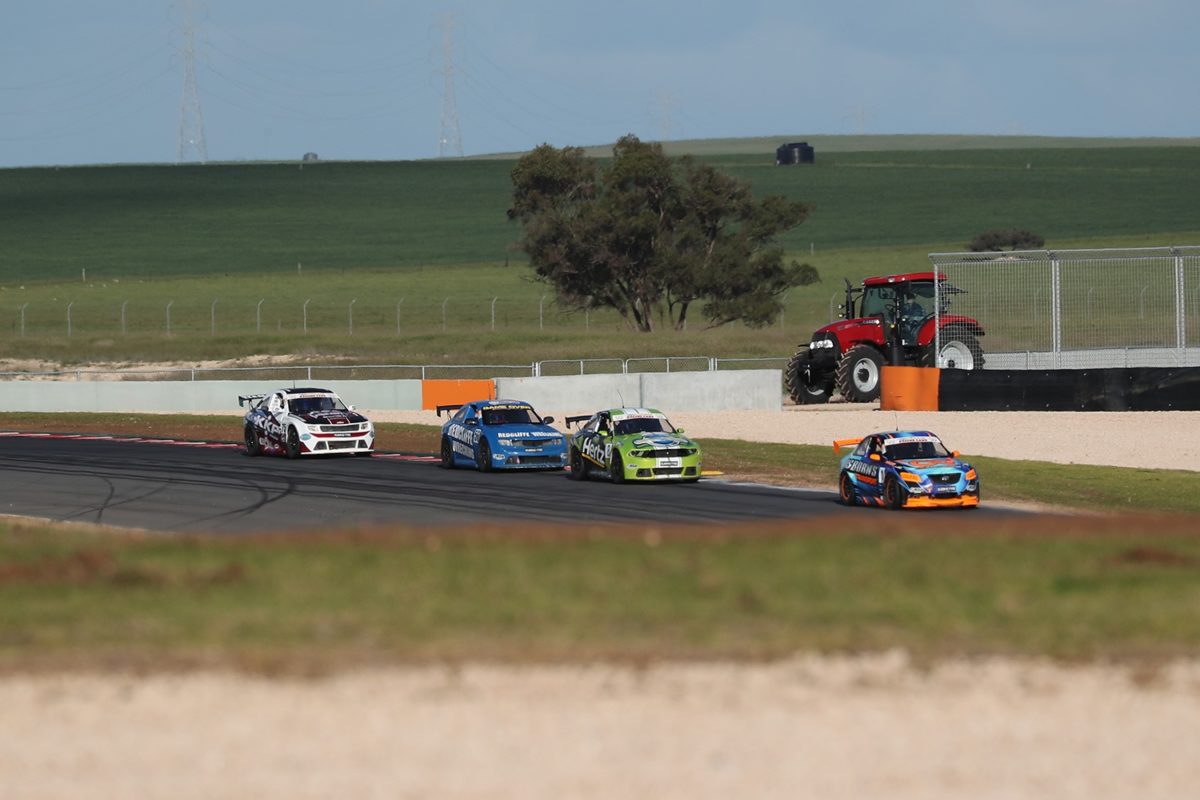 Joel Heinrich and Justin Ruggier ultimately split the wins after battling each other on the final day of Round 5 of Aussie Racing Cars.

In the Race 3 partial reverse gridder, Ruggier was quickly up from seventh to first thanks in part due to contact between Leigh Bowler and Paul Morris in front of him.

Heinrich was also making strong progress from even further back and found himself inheriting second spot on Lap 3 when Luke Fraser made an error at Turn 13.

The South Australian bridged the gap to the leader and passed into Turn 1 on Lap 6, before crossing the finish line 1.5s up on Ruggier.

Race 4 was a see-sawing battle in which Ruggier led early, dropped as far back as third, before reclaiming top spot for good after a dice with Heinrich.

Fraser spun as he attacked Ruggier on the final lap, handing second to Heinrich as Kel Treseder climbed to third.

However, Treseder’s Race 3 driveshaft failure means that Ruggier is in a strong position at the head of the series, with the second-last round to take place at the Vodafone Gold Coast 600 on October 25-27.

Next Story Stadium Super Trucks to feature at 2020 Adelaide 500